Upon its release in 2005, the success of Clap Your Hands Say Yeah‘s debut pronounced the band as not just The Next Big Thing—they were the vanguard of an Internet music revolution. By 2014, after the release of the band’s fourth album, Only Run, Clap Your Hands Say Yeah was down to frontman Alec Ounsworth, whose nervy yelping voice dominates the band’s jittery art rock.

Album No. 5 is now on hold because, this summer, Ounsworth’s on the road celebrating the 10th anniversary of the band’s self-titled debut with an international tour performing the entire record track-by-track. He’s also reissuing the album on CD—tres retro—and transparent gold vinyl (no less); both formats include a download card to access 12 solo, acoustic versions of each song, newly recorded on cassette tape. The songs are assembled in album order and come complete with tape hiss.

Ounsworth, who spoke to the Observer by phone from his native Philadelphia, works with bassist/producer Matt Wong and adds other players as needed. And while 10 years might have passed since his band’s debut, he made it clear some things never change: the 37-year-old still staunchly believes in not consigning his art to an industry, or turning his band into a commercial brand.

The Observer: Besides it being a decade old, what inspired you to revisit the debut album ?

Alec Ounsworth: I felt a certain sense of obligation to bring it forward, and to do it beginning to end. Having never done it that way before, I thought it would be a nice thing for the fans to hear. I don’t know if it’s the case anymore, but I’ve always been interested in album order: it’s interesting to show how one song goes into the next in a very precise way.

Do you wonder where the last 10 years went?

No, not so much, I know where they went!

Yours is the most uplifting band title ever, where did it come from?

From what I recall, we were practicing a lot in Midtown and a friend asked us to open for his band at Siberia—it was also in Midtown somewhere. We were chomping at the bit to get out and play, so we just said yes. He asked what our name was and we hadn’t considered it. There was this giant graffiti on the wall that said Clap Your Hands Say Yeah, so we said let’s use that and change it after the show. It was gigantic, there was no ignoring it. I never found out who actually wrote it. 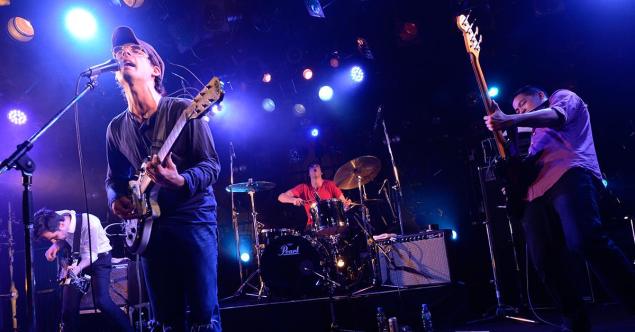 What are your memories of recording the album?

The first song we recorded was “In This Home on Ice”—this was up in Rhode Island at a place called Machines with Magnets. We tried to track everything live and it usually worked. We did “Home on Ice” about 20 or 30 times and I recall wondering if we’d ever actually pull it off. The problem was we started with one of the most complicated songs, structurally. We didn’t know any better. After we got through that everything was fairly easy. It was also studio jitters, too. That had a lot to do with it.

‘I never longed for that fame. I felt this was the most honest way of getting the music across.’

As an initial Internet fame band, did you feel part of a revolution?

No, it was always curious to me and still is. We did pretty much what anybody else does: we had a MySpace page and we played a lot of shows. We worked pretty hard to get the word out and we did it the old fashioned way. It just coincided with all the chatter about the Internet.

Didn’t music blogs just do what good old paper fanzines did decades before?
That’s how I thought of it. A lot of those old fanzines, which I’m familiar with, it was a big thing to get into the hearts and minds of the discriminating listener. I didn’t want to play a bigger game: I wanted to do it with people who didn’t need to be won over with favors down the line. The band didn’t want to be part of that bigger machine. If we had, then we would have signed to a label and there were plenty of offers at the time. That’s not to say we’re better than anybody else for making that decision, it just made better sense for us to go it alone.

Would the band’s career path have been different if you had signed to a label?

Definitely. We would have been pushed a lot harder. I never wanted that. I thought we were fine where we were, fine where we are. I never longed for that fame. I felt this was the most honest way of getting the music across. I feel people don’t often know what they’re listening to when there’s a big push behind it. Personally, it was the best way to do it and, for me, it still is.

Clap Your Hands Say Yeah performs at The Bowery Ballroom in Manhattan on August 1 and August 2. 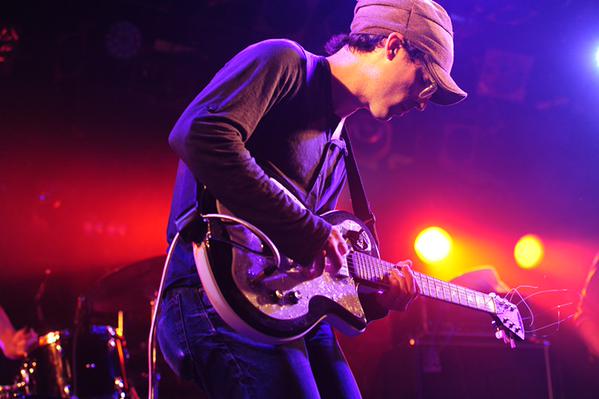