I want to talk about a topic most of us shy away from discussing, for reasons inherent in the definition of the word itself: shame. All of us feel it, yet hardly any of us talk about it because—like a mirror reflecting back upon itself—our shame about shame keeps us from escaping that infinite loop and speaking its name out loud, except maybe with a good shrink. And yet one of the wonderful byproducts of middle age, I’ve found, is the way we manage, process and are often able to rid ourselves of the scourge of shame.

Let’s backtrack several years, to 1974: the apex on my own graph of shame, when I peed in my pants in front of the entire third grade. I’d begged the teacher to let me go to the bathroom before the Chitty Chitty Bang Bang auditions, but she only had an hour or so to hear all 90 of us, so she asked me to please wait until we were done. So great was my shame as the pee formed a tidy puddle at my feet during my audition that I simply stopped reading my lines and stared up at the ceiling. “Where’s it coming from?” I said, pretending to look for a leak above: my most masterful performance to date.

Suffice it to say, I got the part. But that shame stuck around for years. Decades, even.

I had an MRI the next morning that would determine whether my breast lump was truly gone, and I didn’t feel like spending the evening alone.

Fast forward a few years later. My family was halfway through our annual 10-hour drive to Cape Cod from Maryland. We’d stopped at a 7-11. Dad loved our family vacations, but the long drive always sent his injured back into spasms. “Oh thank God,” he said, spotting the sidewalk in front of the store. “A flat surface.” He proceeded to lay down on his back, right there on the sidewalk in front of the 7-11.

“Oh my God! Dad, get up! Aren’t you embarrassed?” said one of my sisters.

“Why should I be?” he said. His back hurt. The sidewalk was flat. People heading in and out of the store had enough room to maneuver around him.

“Because!” I said. “What will other people think?”

Dad stared up at the clouds, shook his head, and smiled. “Why do you care what anyone else thinks?”

My three sisters and I looked at one another and shrugged. Because we did! Didn’t everyone?

It wasn’t until after Dad died, when I realized I was protecting a sham of a marriage partially out of fear of what others might think if I ended it, as well as keeping silent in certain areas of my career so as not to rock the boat, that I finally understood the sage words of my dad. Shame was not only useless and damaging, it was turning me into someone I no longer recognized.

Who was this woman putting up with things to which no person should ever have to submit for the sake of keeping up appearances? Who was this mother showing her children, by example, that a woman’s feelings not only didn’t matter, they were worthy of being mocked and belittled? Who was this author, allowing publishing houses to dictate the titles and covers of her books while lies and slander about her went to press without fact-checking or riposte? Who was this doormat letting shame dictate both her actions and her inactions?

No one I knew or wanted to be.

This, to me, was the true wisdom of middle age: finally coming to grips with the way shame—and I’m obviously leaving many more instances of it out—had made me its bitch, rather than the other way around. I wanted to be more like my father, lying on the ground in front of the 7-11, totally at peace with his logical actions rather than at war with himself over what others might think.

For me, it was the bad marriage and career issues that were the final straws of my relationship to shame. But my happily married friends also seem to be waking up to the paralyzing damage of shame in middle age. In all domains. Women I know, whose husbands could previously not locate a clitoris if it hit them in the face—which it often did, I’m told—are finally demanding sexual satisfaction. Their husbands, too, are finally demanding sexual parity or at least making their desires and fantasies known. I once had an uproariously funny discussion with several female friends on the topic of to spit or to swallow, during which we shocked swallowers lambasted the spitters, especially the one who was worried about calories.

“5-25 calories max,” I said, handing her my phone, on which I’d Googled—without a shred of shame—the question, “How many calories are in ejaculate?”

On the career front, too, those of us born into a world in which careers were guaranteed to last forever while toiling away in an economy where workers have become utterly dispensable—in other words, the entirety of Generation X—have had to learn a lot about letting go of shame. Many of us, at some point, will have to utter the words, “I was fired.” Those of us who are middle aged women have had to learn how to navigate the shame that stems from the petty judgments that plague many relationships between women who work outside the home and women who don’t—and both camps are as guilty of this as the other—and also the shame that often accompanies us into salary negotiations with our bosses.

There’s a reason Lean In was written by a middle-aged Sheryl Sandberg. Whatever your thoughts on the tract—and I happen to be a big fan of both the book and its author—I see it as a cri de coeur of someone who took a look around at the shame governing her fellow females’ relationship to self and work and could not take one more second of it.

For me, it was the bad marriage and career issues that were the final straws of my relationship to shame. But my happily married friends also seem to be waking up to the paralyzing damage of shame in middle age. In all domains

As for dating at my age—49, if you must know—it would be virtually impossible for those of us in such a situation to do so without letting go of shame, not only in terms of seeking out potential lovers but also once we are in the process of loving them. Our middle-aged bodies feel shameful, our middle-aged desires feel shameful, even middle-aged sex carries with it a whiff of shame, and yet I categorically refuse to give shame a single inch.

One night, I had a rare overnight date with a man I’d been seeing, which I’d specifically asked him to accommodate. I had an MRI the next morning that would determine whether my breast lump was truly gone, and I didn’t feel like spending the evening alone. As a single mother with an ex-spouse living elsewhere, it was a whole rigmarole just to organize this evening, all for the sake of being held until morning. But I knew in my gut that I needed this, at least as much as my dad needed to lie down in front of that 7-11, so I let go of shame and asked.

After procuring a yes, I then had to ask, without shame, one friend to watch the dog and another to watch my youngest. The morning of the MRI, I wanted to do yoga to calm me, but I hadn’t packed any yoga clothes or a mat. The shameful me would have just skipped it. The post-shame me asked to borrow a mat and just did yoga in the buff.

As long as I live, I will never forget the beauty of that moment: him sipping his coffee, watching me settle into a warrior pose from his bed; me feeling totally at ease in my aging skin; the kindness and good will vibrating in the space between us.

It was the strongest, most beautiful, most free and vital I’ve ever felt.

Deborah Copaken is the New York Times bestselling author of The Red Book, Between Here and April, and Shutterbabe, a memoir of her years as a war photographer, which she is adapting as a TV series with NBCUniversal and Eva Longoria’s UnbeliEVAble. Her next book, The ABC’s of Adulthood, a joint effort with artist Randy Polumbo, will be published by Chronicle Books in May, 2016. 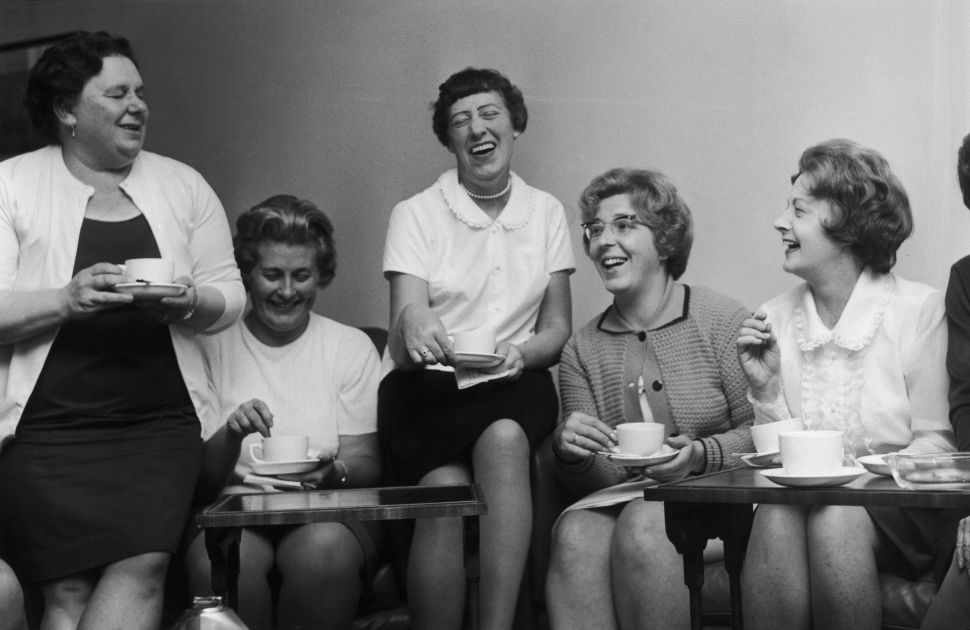