As 2015 reaches its halfway point, it’s time to take a look at the state in music thus far. Sure there were some tracks that landed like a lead balloon (i.e. anything new by Madonna), but for the most part, the past six months have produced a plethora of quality tunes. As we head into the midst of summer, here are 10 of the year’s best.

Who knew that a movie so lame would spawn a soundtrack so awesome? A cut from 50 Shades of Grey, Ellie Goulding’s massive love anthem stands as one of the most adored songs of the year between critics and listeners alike. Simultaneously sounding both inventive and like a throwback, Goulding proves that thanks to her powerhouse vocals, she doesn’t needed to be surrounded by the intense dance production she’s typically used to.

Seemingly coming out of nowhere, 19-year-old producer Mura Masa—the moniker of Alex Crossan—suddenly became dance music’s next big thing when he posted the raunchy track on SoundCloud and quickly netted close to a million listens. Sounding like the marriage between progressive jazz and EDM, Corssan proves that melding genres can become bona fide ear candy.

A diehard favorite of hipsters everywhere, Father John Misty’s latest album spawned a variety of thought-provoking tracks, but none more perfect than this love song based around the famed Hollywood hotel, the Chateau Marmont. With equally edgy and poetic lyrics, Father John proves once again why his fanbase is so passionate.

Lead singer John Paul Pitt’s smooth voice, catchy riffs, and a laid-back vibe make Surfer Blood’s lead single from their latest album 1000 Palms an instant indie-rock classic. While the lyrics sometimes sound sweetly naive (“You’re the girl of my dreams”), everything else—from the production to the arrangement—is decidedly not.

Following up the success of previous hit “Dreaming,” Smallpools undoubtedly released one of the most fun songs of the year with “Karaoke.” It’s a rollicking, upbeat anthem that’s just as fun to sing along to as it is to listen to.

Brooklyn’s Jidenna gives new meaning to the term “swaggy” with this slick track that oozes undeniable coolness. The perfect song to sip a scotch on the rocks to, “Classic Man” makes Jidenna an artist to watch as the year chugs along.

“Say You Want Me” – Lostboycrow

If you’re seeking pure pop perfection, look no further than this synth-driven track that happily plays with ear-catching production techniques and a catchy melody to boot. Lostboycrow is virtually unknown presently, but if “Say You Want Me” is any indication, that could change soon.

When listening to the folk qualities of Lord Huron’s first single from their debut album, it may be hard to believe the band hails from Los Angeles and not the vast Midwest, but “Fool For Love” proves you don’t need to live remotely close to a ranch in order to capture the essence of the countryside. With a infectious twang and relaxed vibe, the track is alt-Western at its best.

When a hip-hop song opens with the jangling of a triangle and a sound that can only be described as a squeaky rocking chair, you know you’re about to hear something unique. Despite the fact he reportedly hails from Chicago, the details of exactly who Goodbye Tomorrow is are being kept under wraps. In the meantime, we’ll be bobbing our heads to “100K” while waiting for whatever’s next.

It’s safe to say that 2015 is fast becoming the year The Weeknd became a superstar. Not only did he start it off with the strong and sultry 50 Shades of Grey track “Earned It” (which skyrocketed to the top of the charts upon its release), he continued his hot streak with the one-two punch of “The Hills” and “Can’t Feel My Face,” both instant, undeniable ear worms. However, it’s in “Can’t Feel My Face” where he truly shines, harkening back to characteristics of a young Michael Jackson at the top of his game.

NOT TO MENTION: Bourgeoning pop songstress Frankie kills it with “New Obsession,” Florence and the Machine delivers once again with the epic “Delilah,” Kendrick Lamar retains his place on the rap throne with “King Kunta,” and Jamie xx’s “I Know There’s Gonna Be (Good Times)” brings the good times, indeed. 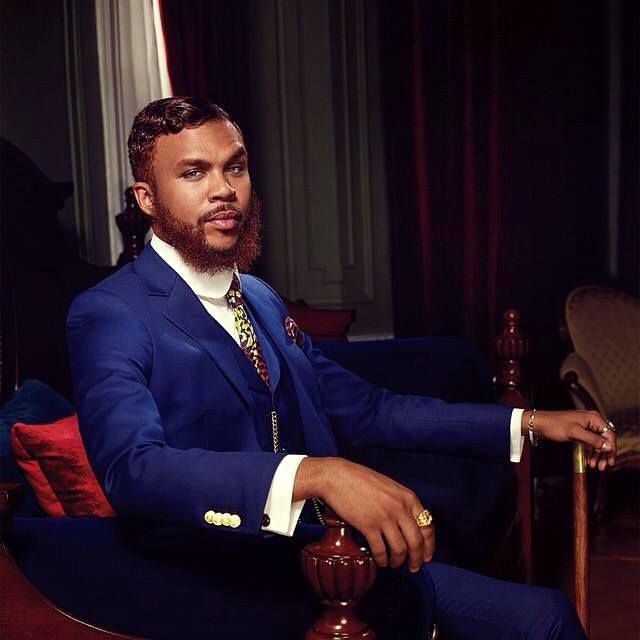