Following the Supreme Court’s recent ruling in the marriage equality movement’s stunning advance would appear to be complete. While some dead-enders persist in denying marriage licenses to gay couples, the jig is up. With a federally-guaranteed right to marriage equality and broad public support for same sex marriage in national polls, it’s finally time to declare victory. Which also means it’s time to discard a pro-gay marriage argument that’s insulting and destructive: the “Born This Way” argument.

This argument, sometimes referred to as the immutability principle, should be familiar to everyone who’s read about gay marriage in recent years. The thinking goes that because homosexuality is an innate and unchanging condition, forbidding same sex marriage effectively confines gay people to lives of loneliness, or at least, to lives lacking in the formal legal benefits and protections that accrue to marriage. Given that their sexual orientation can’t be changed, the only fair thing to do is to extend the franchise of marriage to include same sex couples.

Well: homosexuality, certainly, is not a choice, and gay people cannot turn off being gay, and prior bans on gay marriage did indeed confine gay people to lives outside of loving and satisfying marriages. To the degree that this reasoning was effective at convincing the unconvinced, I’m grateful. But scratch the surface, and the idea is revealed to be a horror show of bad ideas and logical complication.

First and most importantly, this argument dissembles on the fundamental issue at hand: the notion that adults should have the right to choose to marry whomever they want. Rather than unapologetically asserting that the government has no business deciding which consenting, adult romantic relationships are worthy of formal recognition, the immutability principle instead argues that the right to same sex marriage stems from the fact that gay people have no choice in the matter. The government’s demand to define a legitimate relationship isn’t undermined, simply modified. And that acquiescence carries with it a profound insult to the very couples in whose name the argument is made. After all, “they can’t help it, so we might as well let them” is not a proud rallying cry for equality. Instead, it tacitly accepts heterosexual marriage as the default, a default which gay people can violate only because they are bound by nature to same sex attraction. We shouldn’t accept gay marriage because gay people can’t help but be gay, but because we recognize the totally equal value and dignity of gay love. Indeed, in his opinion, Justice Anthony Kennedy ruled on precisely those grounds–of the equality of gay relationships– and not on the immutability principle. It’s time to join him in that enlightened thinking.

There are all sorts of strange logical consequences that stem from this reasoning. For one thing, if gay marriage rights stem only from the fact that homosexuality is innate and existential, it follows that only gay people should have the right to marry members of their own sex. But the fight should be for any adult to choose their partner. Obviously, straight people being denied the right to gay marriages is not a very practical concern, but the point remains: accepting this logic undermines the universality of marriage rights. The origins of homosexuality remain contested and controversial. But suppose homosexuality was revealed to be genetic, as many scientists suspect. If we developed a test for the “gay gene,” would it then follow that only people who possess that gene should be allowed to marry members of their own sex? That seems absurd, and yet it’s a necessary logical consequence of this thinking.

Or how about bisexual people? After all, bi people are not doomed to lives without marriage if they can’t marry members of their own sex. They just have to choose an opposite sex partner for formal legal marriage. That this amounts to undue coercion of bisexual people to choose opposite sex partners seems obvious, and yet again, “Born This Way” reasoning would seem to leave little room for objection. Nor does that thinking do much good for those who refuse to ascribe to a limited number of choices for sexual orientation, such as those who locate themselves on a spectrum, or for those who refuse a limited and specific gender determination. For all of them, the immutability principle fails, because it does not support the bedrock principle of a universal right to marry whatever partner one chooses.

All of this may seem impossibly abstract and practically useless. We won the fight, and we did it with the support of the “Born This Way” argument, after all. So who cares?

I care. I care because the way that we define the moral reasoning underpinning our specific political goals helps to determine what we stand for and what goals we’ll turn to next. And legal reasoning, in particular, is massively important, as precedent goes a long way towards determining how future battles for human rights will unfold. In the course of fighting those battles, we should take care not to embrace ad hoc moral reasoning like that of the immutability principle. We shouldn’t treat equal rights as a bone to be thrown to those poor souls who can’t help but be the way that they are. We should, instead, insist on the total and inherent equality of all people, and demand rights only on those terms.

Fredrik deBoer has contributed to the Los Angeles Times, The New York Times, Politico and Salon, among other publications. 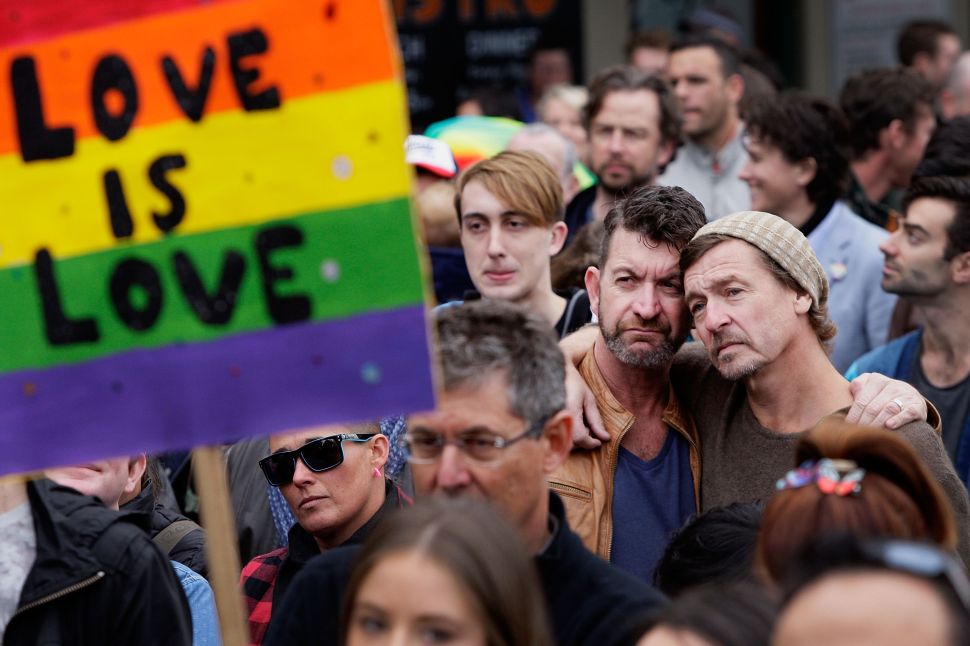