If I had to make a list of the best new shows of 2015, The Comedians would be at the top of my list. Yes, I know that the show didn’t get the best ratings, and some critics didn’t understand the meta-humor behind an inter-generational comedy duo like Josh Gad and Billy Crystal. But at its heart, The Comedians was able to transcend its high concept shtick and able to get at some of the deepest insecurities of the humor business…all while remaining tremendously funny. Right before last week’s season finale, I interviewed The Comedians show runner Ben Wexler about perception, ratings, and the anxieties of comedy.

Observer: What can we do to make sure The Comedians gets a second season?

Ben Wexler: I am obviously biased, but I’m honestly at a loss as to why it hasn’t gotten more attention.

Observer: The ratings have been jumping all over the place.

Wexler: I know the first weekend of the NBA finals dipped us way down, because before that it was a steady march upwards. And after that, it’s been marching upward. But do I wish Lebron James had never played? My hope is we finish strong.

Wexler: It’s one of mine too. My feeling is the episodes with an emotional connection between Josh and Billy, like “Red Carpet” or “Billy’s Birthday,” do better.

Observer: My sense is the issue with talking about the concept of the show is that there’s a glut of scripted, behind-the-scenes Hollywood single-cam programs right now. Like The Comeback or UnReal. It doesn’t feel new to be poking fun of Hollywood’s bureaucracy or obliviousness, or the cut-throat executives. What makes this show stand out exemplarily is that it’s legitimately funny and subversive in the beats–you’ll have this kind of Catskills-style oke, and then at the last second, it gets twisted into something totally new and wonderful. Like in the first episode, where Josh Gad says, “Comedy is like heart surgery: it gets botched all the time.” Funny. But then he keeps going: “But if you stay loose, and don’t you know, overthink it, you can fix people’s hearts.” It’s the best twist on a traditional punchline.

And to me, it’s as much about the other characters in the orbit as much as the two leads. Like head writer, Mitch, who is just slowly sinking into a deep depression. Or Kristen, the show’s producer, who is somehow simultaneously hyper-manic and suuuuper passive-aggressive. (Stephnie Weir in a truly breakout performance.) That’s what makes The Comedians more than the joke at its concept.

Also, the idea that–now that we’ve seen where the finale was going–that these two characters are so dependent on what the other one thinks of them. Like you would think Billy Crystal wouldn’t need for Josh Gad to think he was funny, or vice-versa. But these two men, of two completely different generations and comedic sensibilities, would be crippled by the idea that the other one doesn’t think he’s funny. That Josh would just be so scared that he’s this washed-up, Jonah Hill wannabe. And that deep down, Billy Crystal is STILL worried–after all his successes–that people consider his humor “Catskills.”

Wexler: In any creative endeavor, but especially in comedy, there’s no such thing as an unmitigated success. Take the funniest person/joke/movie in the world, and you can find tons of people who don’t think she/he/it is funny at ALL. Humor may be the most subjective thing I can think of…and trying and failing to make someone laugh is a terrible feeling. Trust me.

Now, add in the irony of that, if you’re a person who decided to spend your life in comedy, there’s an awfully good chance you carry with you some deep-seated insecurity. You NEED to get that laugh. And, by definition, there will always be people in the crowd who aren’t buying what you’re selling. No matter how successful you become. So the insecurity never really goes away. You’re always trying to win over that last holdout in the crowd. We tried to portray that insecurity in the show. I hope we did a good job, but of course, I’m horribly insecure about it.

Observer: Well, I think you did a great job. I especially liked how you saw the sketches in the show within the show, and they were just portrayed as tanking…just really unfunny.

Wexler: Well, um. I would argue that we weren’t trying to make them unfunny.

Wexler: They were supposed to be funny.

Observer: Well, hopefully I’ll get a chance to revise my opinion, come season 2! 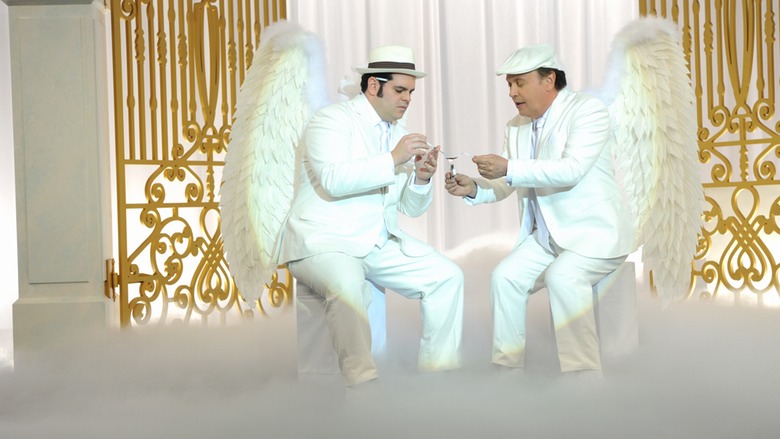