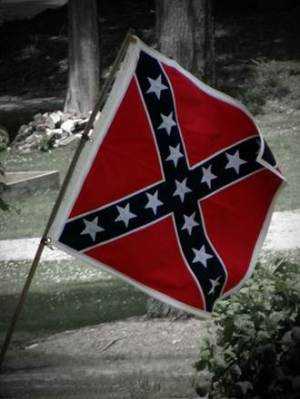 In the wake of the tragic shooting in South Carolina, the debate about displaying the confederate flag has intensified.

Wal-Mart, Sears, Target, Amazon and other retailers will no longer sell merchandise bearing the Confederate flag, which is their prerogative as private businesses. However, when the government is involved, the issue rises to a constitutional question.

The History of the Confederate Battle Flag

The flag that is currently subject to controversy was not the official flag of the Confederacy, but rather the battle flag displayed by several units. The most famous was Gen. Robert E. Lee’s Army of Northern Virginia. After the Civil War, the flag was used to honor fallen Confederate soldiers, but it was not widely associated with any particular symbolism until the 1950s and 1960s.

During the Civil Rights movement, a white political party known as the “Dixiecrats” embraced the Confederate battle flag, which became a symbol of their resistance to desegregation. In 1961, the state of South Carolina raised the flag over the State House to mark the 100th anniversary of the beginning of the Civil War.

By a vote of 5-4, the majority of the Court held that the state was entitled to reject the design, but only because the message at issue qualified as government speech. Under existing Court precedent, government speech falls outside the purview of the Free Speech Clause of the First Amendment.

As explained by Justice Stephen Breyer, “When the government speaks, it is not barred by the Free Speech Clause from determining the content of what it says.” Accordingly, the state of Texas is allowed to discriminate based upon content when it speaks.

In the wake of the Supreme Court decision, Governor Terry McAuliffe of Virginia has started the process of removing license plates bearing the Confederate battle flag from his state. The Virginia Department of Motor Vehicles had previously fought to prohibit the emblem but was unsuccessful in federal court.

The Supreme Court’s recent decision rested largely on City of Pleasant Grove vs. Summum, in which the Court held that monuments in public parks are likely to be perceived as public speech. As explained by Justice Samuel Alito, members of the public are likely to “routinely—and reasonably—interpret them as conveying some message on the property owner’s behalf.”

So what happens when a public building displays a Confederate flag, which in many Americans’ minds stands as a symbol of white supremacy and a reminder of the war to retain slavery? Should the issue ever reach the courts? Some legal scholars maintain that the government speech conveyed by the Confederate battle flag, which arguably treats African Americans as inferior, could violate the Fourteenth Amendment’s Equal Protection guarantee. However, given the public pressure ignited by the South Carolina murders, it may no longer come to that. 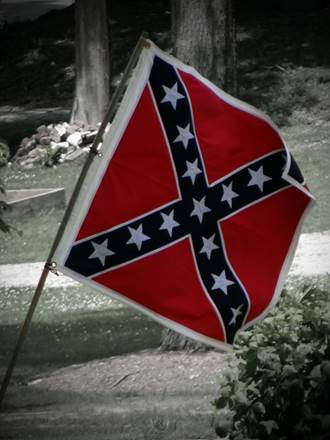