As the Greek debt crisis festers, street art is one way the troubled country’s denizens are expressing their anger, despair and disbelief at the situation.

Things are bleak in Greece, as anyone with the internet or television surely knows by now. Unemployment has skyrocketed to nearly 26 percent and last Tuesday the country defaulted on a $1.7 billion loan (€1.5 billion)—the first developed country to do so. Greece is currently on the hook for €323 billion, BBC reports, and has limited how much cash citizens can withdraw each day to €60.

And no agreement is within sight. On Sunday, Prime Minister Alexis Tsipras issued a public referendum on whether Greece should accept further austerity measures in exchange for bailout funds from international creditors. A majority voted no.

Eurozone finance ministers held an emergency summit in Brussels on Tuesday to figure out how to move forward. Alas, the newly appointed finance minster arrived without a bailout proposal, postponing the deal until Wednesday, according to The New York Times.

The crisis is rocking not only international markets, as we wait to hear the final verdict on whether Greece will remain in the EU, but also the Greek population.

And what happens when you have a largely unemployed, disgruntled populace? The answer is graffiti, notes The Guardian. A lot of which is funny, smart, sad or poignant (see photos below). 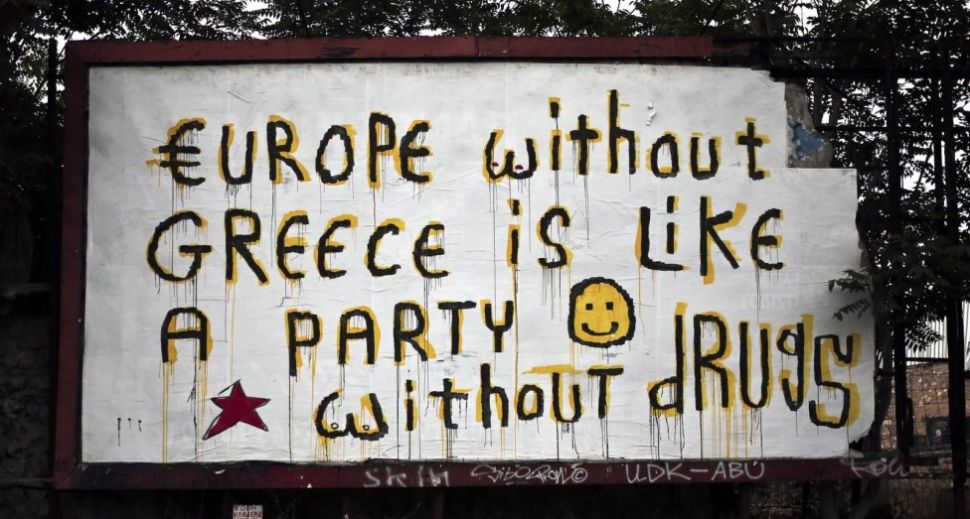