Using his real life as inspiration (because why would he uses someone else’s really?), Gaffigan’s series mines stories from his career and his life with his wife and five kids, who all reside in a ‘cozy’ two-bedroom apartment in New York.

“Yes, there are a lot of comedians who have shows,” admits Executive Producer Jeff Lowell, “But if you know Jim and you love his humor, then you’ll see that this is a faithful extension of that humor. If you like his point of view on the things, you’ll like this. He’s not playing a character and that’s really good because sometimes when you take a comedian and make them a welder or a dentist or something you lose the thing that people like about that person. This is not a high concept show, it’s more about being faithful to Jim, his life and his humor.”

Much of that humor stems from Gaffigan’s love of food, as evidenced by his highly successful riff on the convenience food, “Hot Pockets,” and Lowell says that cuisine will continue to be a part of the narrative of the series as it progresses. “Food has been part of Jim’s standup forever so he’s very adept at all things food,” laughs Lowell. “In fact, in some early testing of the pilot it was clear that Jim tests high very high when he’s eating.”

But consuming massive quantities of grub, no matter what it is, isn’t without its downside, says Lowell. “ One night I did feel sorry for him because we did this thing about his obsession with a red velvet cake and he had to eat a whole cake for the story and with the process of TV being take after take, he ate such a huge amount of red velvet cake that if he ever touches a red velvet cake again I’ll be shocked.”

Viewers can rest assured that the whole show is not Gaffigan merely chowing down; the series touches on other topics as well. “We really worked to tell stories that are grounded in real life,” explains Lowell. “This not a ‘set up, joke’ series. Every episode starts from a central question and a relatable issue. Sitcoms are about 22 minutes now and rather than chock it full of ‘A,’ ‘B,’ and ‘C’ stories we decided to tell one story per episode to let the story breath and resonant. Doing that has helped us to be able to have moments to explore the issue that we’re talking about.”

While the series is about Gaffigan and his brood, the storylines are not a high percentage ‘kid-centric,’ says Lowell, revealing that Gaffigan will tackle some debatable topics as well, all with his own brand of humor. “That’s the thing about Jim; he has this ability to confront things that are controversial, stuff that can be real landmines, and he navigates them without offending anyone. In other hands it could be dangerous, but just makes you laugh at it.”

Lowell credits, Gaffigan and his wife/writing partner Jeannie (played on-screen by Ashley Williams) for finding the right mixture of hilarity and heart for the series. “There is no writing staff really,” explains Lowell. “It’s all Jim and Jeannie. She’s always been his writing partner – in his stand-up and his books and everything. They’re great writers and the stories are from their experience and they know just where to find the humor in these situations. I mean, who better to tell these stories than them? They’re living this life.”

Teasing what’s to come on the series Lowell reveals, “The series does start in more of a traditional family show mode, just to set things up a bit, and it stays true to Jim and Jeannie and their experiences, but as the season goes on, it blossoms into touching on a lot of things that you wouldn’t expect from a family show. The series moves toward making a larger commentary on the world. I think people will be surprised by what we tackle in the ten episodes.”

Lowell also gives up that the season is chock full of surprising guest stars, “I’m not going to give anything away but we have this party where there are 10 or 11 guests who you’ll know immediately. We also have someone who’s sort of been out of acting for a while who shows up several times in various odd ways and I think that will really make people laugh. The beauty of this is that Jim just asks people to come on the show and they do and it makes for some really surprising and fun moments.”

Displaying an optimism about the launch of the series, Lowell confides, “You know I’ve had other shows that came and went pretty quickly for whatever reason, but right now I’m oddly Zen about this whole thing and it’s really because I have such confidence in Jim. He’s a guy that’s really well-liked and respected because he’s a clean comedian and he’s done a wonderful job of not being milquetoast while not pissing anyone off either. That’s a tough thing to accomplish but he’s done it.”

Feeling that he has the goods for a successful series, Lowell’s final appeal to viewers is this, “Anyone who has any reservations about the show, given whatever they’ve seen, all I can say is, just watch an episode. I think you’ll really enjoy it. Jim is popular for a reason – he can find the humor in just about anything. If you’ve seen him you understand, if you’ve never seen him, now’s the time to check him out.”

Speaking of Mr. and Mrs. Gaffigan and their commitment to the series, Lowell laughs as he says, “We’ve finished all ten episodes of the season so Jim and Jeannie are doing what everyone who stars in a TV show does – they’re driving across the country for a month in a bus wrapped with an ad for the show to promote it. Let the wackiness ensue.” 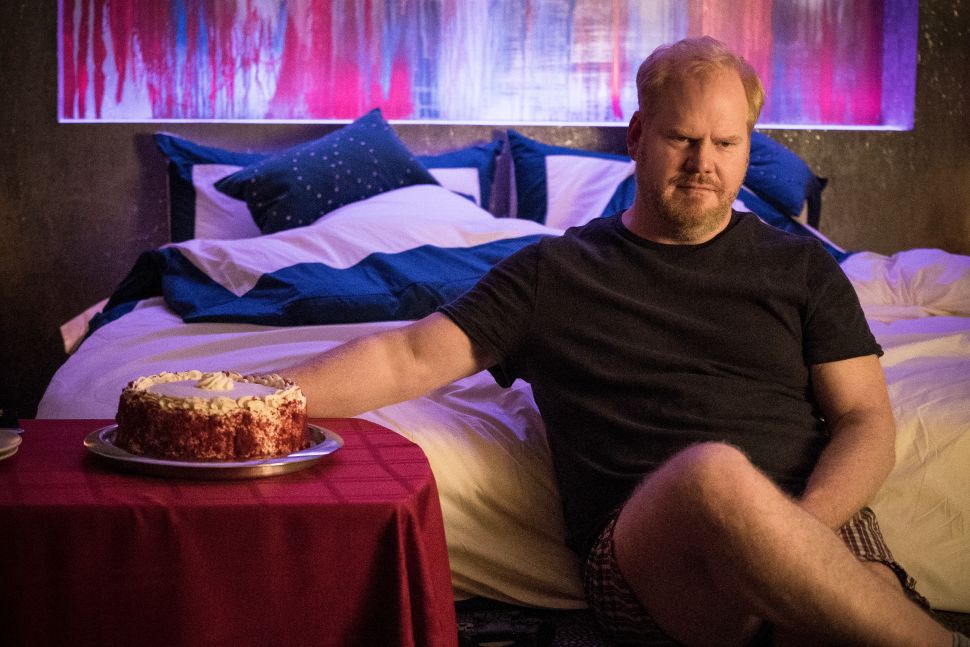