“We dip … We dip … ” Penny Arcade told the crowd in Acme Downstairs last Tuesday. Ms. Arcade, in poppy red and white polka dots and blistering form, added: “We don’t walk into people.” She meant Real New Yorkers, not the suburbanites, men in suits and zombie cyclists choking the town.

This was to have been a piece about the putting together of “The Last Party. Not!,” the evening of performance—readings, music, poetry—I put on at Acme on Great Jones last week, but it soon began morphing into something darker. I should have known. The Acme event marked the re-issue of The Last Party, my book about New York’s club culture between 1975 and the early ’90s, and it was so-called mostly because I needed a catchy title. But the evening’s inevitable rush of nostalgia became tinged with anger.

“Fundamentally, those of us who know what New York was are in deep shock as to what it has become,” Ms. Arcade, a pioneer performance artist, said to me the following day. “New York didn’t use to be for everybody. Most people couldn’t take it. Now I’m shocked by the somnambulism. Everything we [warned about] in the ’80s was right. But we thought it couldn’t get worse. And guess what? There’s always a deeper bottom. New York has become a giant destination. A Disneyland.”

At the party, Neke Carson, the artist and performer, was fussing with a temperamental projector. Success! Soon he was projecting seldom-seen footage of himself painting Andy Warhol’s portrait from life with a paintbrush stuck up his butt. He took a more benign view of the evening’s goings-on. “The funny thing is that it had all the elements of nightlife,” he told me afterward. “There was a fight. I had to hold a guy’s arm. And when I left I thought it was three in the morning. It was just nine.”

Walter Steding, the artist and punk violinist, was a studio assistant at the Warhol Factory when it was on Union Square. “He’d say, ‘Find me a pretty blue, Walter,’ ” Mr. Steding remembers. He responded to the evening’s energy. “People know about Greece, they know about Isis,” he says. “It’s not about the hit parade. The evening reminded me that New York is still the center. I am so proud of being a New Yorker.”

Max Blagg, a prominent writer and performer—in 1992 a Blagg poem made its way into a Gap commercial—gave a reading. “I like that there’s still a vestige of the old New York,” he said. He moved here from London in 1971. “I moved because I read the New York poets,” he said. “It was everything I dreamed of… We homesteaded the place but we didn’t nail it down. But there’s no point saying, ‘Oh, I could have bought a place for $20,000.’ In those days if you wanted a bigger space you just moved from Spring Street to Greene Street. But I am still determined to stay in New York. I still feel the magic under the carpet of money.” 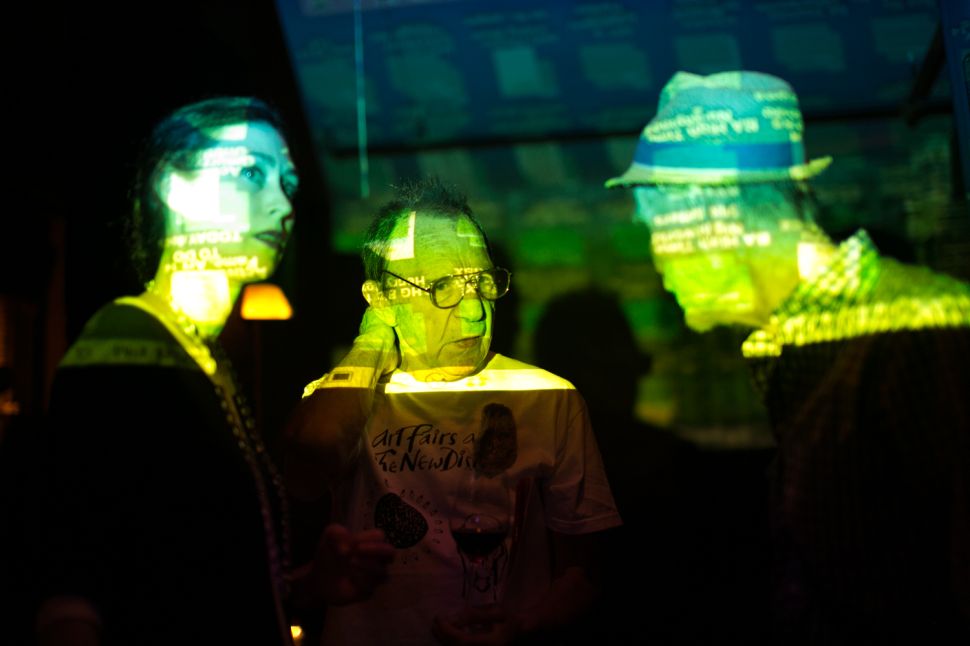