Brooding intensity, pouty-lipped sex appeal, a voice soft and seductive, and an irresistibly sensuous, sinewy way of acting that turned the Stanislavski approach to “method” acting into a style imitated but only approximated by too many actors who tried and failed to follow in his footsteps—these are a few of the many things that made Marlon Brando unique.

Like James Dean, he came out of the Midwestern grain belt bringing to the bored and blasé brokers of Hollywood and Broadway his own brand of corn, and rubbed their noses in it. Most of the qualities that made Brando great are touched on blithely in Listen to Me Marlon, a documentary compiled and directed by Stevan Riley from hundreds of hours of the actor’s private audio recordings, none of which have been heard until now. The result is a lot of Brando, but not much insight about what made him tick.

You get a shot of Bette Davis presenting him with a 1955 Oscar for his everlasting impact in On the Waterfront. You see shots of him with Stella Adler, who taught him about the acting profession whatever it was he didn’t already know, with other Actors Studio icons like Julie Harris, James Dean, Montgomery Clift and Elia Kazan, as well as some of the famous elbows he rubbed, like Martin Luther King Jr.

You hear him describe how he arrived from Iowa with holes in his socks and holes in his life and hung out, on Broadway street corners, studying people’s faces and wondering what they were hiding. Cut to a sallow, sagging Brando years later at his house on Mulholland Drive overlooking the lights of L.A. after his son Christian was arrested for murdering his daughter Cheyenne’s lover there in 1990. Cheyenne committed suicide five years later. The years between are an annoying blur. “Misery?” he asks. “Come to my house.”

Success robbed him of his sanity, sense of privacy and peace of mind. But you never know why. For illustrated details, you will have to read the surfeit of biographies written about this troubled, fascinating enigma. (Patricia Bosworth wrote an especially vivid one.) The fear of not living up to his reputation as the world’s greatest actor is the reason most often given for his even more overwhelming reputation as an eccentric and reclusive weirdo, but it’s hard to imagine Marlon with a sense of inadequacy. “Acting is survival,” he says, yet he trashed his career, lost his passion for his profession, and ended up a mean-spirited failure as a husband, a lousy father to all of his children, and a bulbous, mumbling caricature who looked like Jabba the Hutt.

Audiotapes of his voice illustrated by images of brief scenes from his movies are not as valid as first-person interviews, especially by his children. When I performed as an actor with Laurence Olivier, Ben Gazzarra and Jacqueline Bisset in the rice paddies of Korea for the film Inchon!, two of the “go-fors” hired by director Terence Young to fetch coffee, wake the actors up for 7 a.m. makeup calls and drive us to the set on time were Brando’s kids. I learned more from them about what a cantankerous and controversial character he was, on and off the screen, than anything in this pseudo-doc.

His talent was ceaseless and creaseless, but eventually he dissed it, flushed it and just stopped caring. You hear him candidly discussing both his neglectful, alcoholic parents and the misery of childhood. You see him addressing the civil rights movement, but you don’t know what led him to it. All he did was alienate everyone in the business. He spent the last decades of his life escaping from the fame generated by his movies. It would have been so much more interesting if he had talked about his work instead of running away from it.

Listen to Me Marlon is a resounding disappointment that promises much and delivers nothing. What it does is provide some pretty pictures without much inspiration, leaving the door open for future elegies that will hopefully serve the memory of a great actor with the penetrating perception he richly deserves. 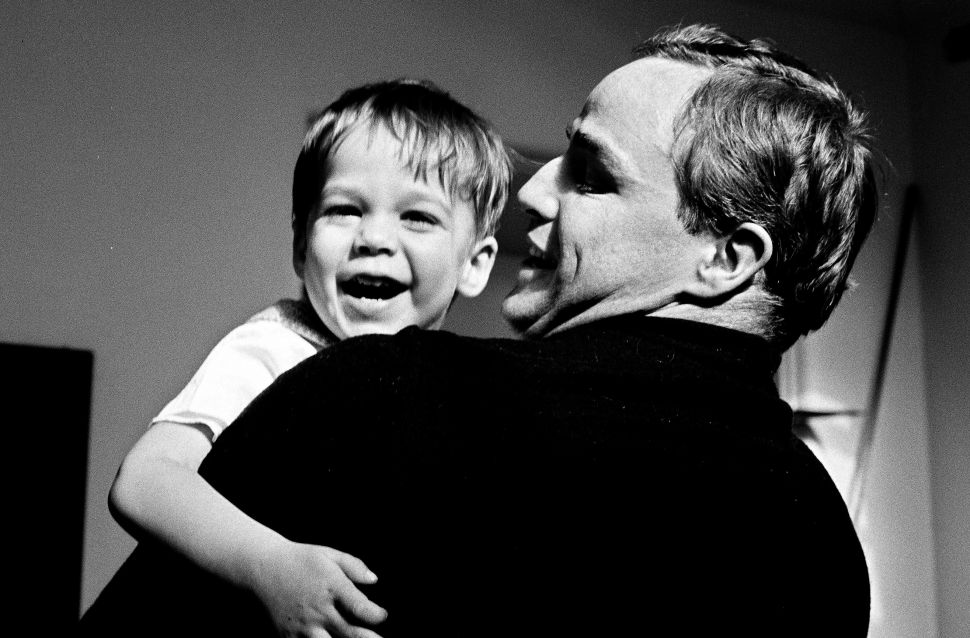