When you go to “Don’t Follow The Wind”’s homepage, you’ll see just as much as you could of the exhibit its supposed to promote: nothing.

“Until then, it remains invisible,” an audio message plays, when you navigate to the site. “What cannot be perceived as [sic] an immense power.”

“Don’t Follow the Wind” is an art exhibit in Fukushima, Japan—the same place a 8.9 magnitude earthquake triggered a tsunami that caused a devastating nuclear incident in March 2011. The Fukushima Daiichi Nuclear Power Plant leaked radioactive material into the and 300,000 people were evacuated.

To this day, no one not wearing a hazmat suit can enter what is known as the ‘Fukushima exclusionary zone,’ an area of 20 square kilometers surrounding the nuclear plant where contamination is high.

And yet Kenji Kubota, an associate professor of arts at the University of Tsukubacurat, curated an exhibition within the exclusionary zone, featuring the work of 12 groups of international artists, reported The Asahi Shimbun, a Japanese newspaper. The venues will remain a secret until restrictions in the area are removed. According to The Guardian, the show includes work by Ai Weiwei, Taryn Simon, Miyanaga Aiko, and Takekawa Nobuaki, all of whom address the disaster, radiation, or nuclear energy in some way in their work.

Just how Mr. Kubota got approval to set up the work, let alone art handlers to brave the nuclear waste, is unclear (the gallery did not respond to an email seeking comment). But the show is up, according to reports. And perhaps the absence of an audience is exactly the point.

“The art is effectively invisible, like radiation itself,” Guardian critic Jonathan Jones writes.

The exhibit opened on March 11, the fourth anniversary of the disaster, and will remain open until the public can see it, according to the message on the show’s website. 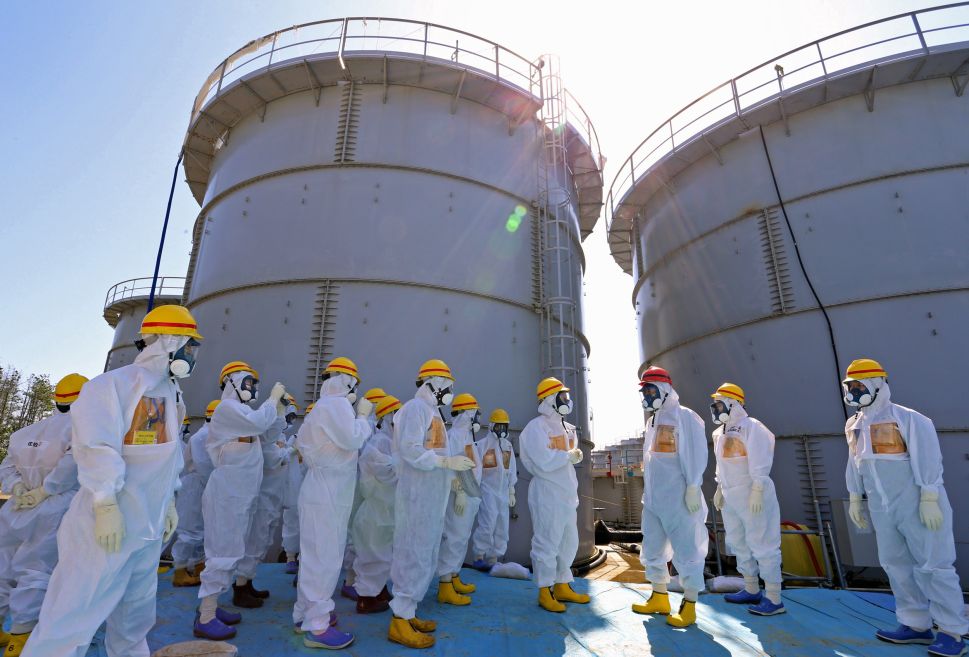