New York is “the universal seaport,” Jan Morris once wrote. “In the remotest corner of the world,” she noted, “the image of a ship entering New York harbor, into the shadow of skyscrapers, will strike a chord of recognition.” Morris made this observation in 1969, but it holds true today: the view of Manhattan from the waterfront is a grand, cinematic event, as befits one of the busiest, most powerful, and enduring ports in the world. No wonder the Dutch chose to settle this protected archipelago, or that the British chose Manhattan as their stronghold for the duration of the Revolutionary War. New York’s seaport is a prize.

That prize lies abandoned and in immediate peril. The National Trust for Historic Preservation has just declared South Street Seaport an endangered site, “under threat” from development that would “disrupt the look, feel, and low-scale historic character” of its buildings. Mary Rowe, vice president, managing director of the Municipal Art Society, agrees. “The Seaport is one of the city’s first ‘civic commons’—areas of shared purpose, with a sense of uniqueness that differentiates a neighborhood and makes it dynamic and appealing.”

The EDC has sold the district wholesale to the Howard Hughes Corporation, the Texas-based developers of Pier 17, also known as Pizzeria Uno-by-the-Sea.

However, instead of celebrating this unique history and architectural character with community-driven projects such as Robert LaValva’s much-praised New Amsterdam Market, or the Museum of the City of New York’s radiant renovation of the South Street Seaport Museum, the EDC has sold the district wholesale to the Howard Hughes Corporation, the Texas-based developers of Pier 17, also known as Pizzeria Uno-by-the-Sea.

It is a very bad bargain for New York: in exchange for restoration of the landmarked Tin Building, which the city let fall into ruin, the EDC has greenlighted Hughes’ shopping list of urban planning and environmental nightmares. These include a Brooklyn Bridge-blocking, 42-story-tall luxury condo and hotel tower, as well as a new, glass-fronted shopping complex and amphitheater: Pier 17 Part Deux.

This dense and disruptive project is out of keeping with the “historic character” of the seaport, as the National Trust noted, and also menaces the vibrant residential and retail community that already exists to the north and west of the seaport district.

The families and businesses that invested in New York’s East River neighborhoods—and who rebuilt after the devastation of Superstorm Sandy—have been rewarded for their resiliency with a total lack of sustainability planning, not to mention substandard infrastructure (especially compared with their neighbors in the financial district) and a critical lack of public access to the waterfront. This “tale of two seaports” has run its course, argues Roland Lewis of the Metropolitan Waterfront Alliance.

“The Seaport was once, and should be again, the beating heart of New York’s harbor—home to vital civic, commercial and maritime activity. It’s time to take the helm for this irreplaceable resource away from the ‘professionals.’ ” In other words, it’s time for a sea change. 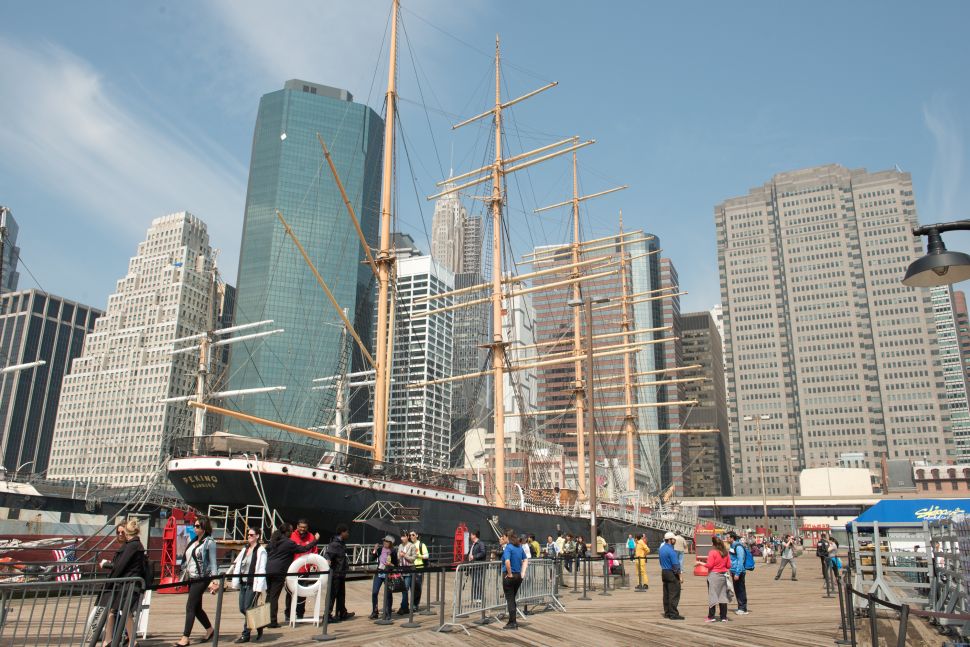