Before I give a talk, I listen to Louis CK. Before an interview. Before I write. Before I see my kids.

I first saw Louis CK perform in 1996. He was great. But sometime in the mid-00s he started to get more “honest”. I don’t know if that’s the right word. I don’t think he was ever dishonest.

But he had a routine that basically was,”My kids suck” and he would list all the reasons why.

I played it for my kids. They were SHOCKED! My youngest said, “did his kids hear this?” She was afraid for them.

I don’t know if they did. It was true and it was funny and the reason my kids were shocked was because they were afraid that if I listened to this then their secret mission to drive me insane was over.

Maybe it opened their eyes a tiny bit about how rotten little people can be. And guess what? Big people are pretty rotten also.

Life is hard, and things go wrong, and we constantly make mistakes and fool ourselves into thinking we have anything resembling common sense.

Louis CK is uncomfortable…and then he’s not. Which is why we laugh.

Laughter has been around since before language. Mammals would use laughter to convey that a situation that they first thought was dangerous, turned out not to be.

That rustle in the bushes? It was just a breeze. Not a lion.

Guess what? We don’t have to be.

One time I got scared. Will Claudia meet another guy if I die? Will she actually KISS another guy after I die!?

How selfish is that of me? I would be DEAD and I still wouldn’t want her to be happy.

Also, why think about death? We just don’t know. Nobody knows. Right now there’s people we can help today instead of sitting down thinking.

Ask at the end of the day, “Who did I help today?” instead of wondering about life after death.

2. “I’m bored’ is a useless thing to say. You live in a great, big, vast world that you’ve seen none percent of.”

Take a walk. Read a book. Write down ideas. Ask someone you love what they are up to.

We now have non-stop entertainment. Unlike any other time in history. And my kids will still tell me they’re bored.

Heck, I get bored.

But then I take a walk. And breathe. When I was a kid I used to complain I was bored to my grandparents. I could’ve been more curious about then. Then they died.

3. “When you have bacon in your mouth, it doesn’t matter who’s president.”

Mmmmm. Bacon. I miss it. Claudia Azula Altucher has been trying to get me to be vegetarian and she does all the cooking.

One time I was on a date and I actually told the date I was a big fan of Dan Quayle, only because she was a big fan.

Then when I tried to kiss her she pushed me away. So what good was my opinion?

People worry about oil and fracking. Guess what? A solar-powered plane just flew across the country.

Whatever opinion you have, just sit back and smile and rest a little bit. The problem you are worried about will get solved. Or it won’t. Chances are there’s nothing you can do either way. So enjoy the bacon.

4. “People say, “My phone sucks.” No, it doesn’t! The shittiest cellphone in the world is a miracle. Your life sucks. Around the phone.”

Blaming and complaining are draining. They never solve future problems and they only drain away energy from this moment.

We want that ugliness and fear that lives inside to be outside. We want to point the finger at it.

Thoughts in our head can’t do anything. They are so invisible not even a microscope can see them.

Only forward motion works. A superhero doesn’t blame. A superhero flies through the sky and saves lives. Action!

5. ““Self-love is a good thing but self-awareness is more important. You need to once in a while go ‘Uh, I’m kind of an asshole.””

We’re as good as our weakest link. Find the parts of your life where you can jump on the steepest learning curves and make that jump.

But many don’t want to look at those weaknesses. I had always been bad at saying “No” but then I would blame other people for asking too much of me. Or I would feel overwhelmed and then I would get sick and anxious.

Instead, saying, “Ok, I’m bad at telling people ‘No'” and then trying to improve it, made me a lot happier and more relaxed.

By the way, I’m still bad at saying ‘No’. The goal is not to wipe out all of your problems. You can’t. There’s no goals. There’s just growth.

6. “It doesn’t have ANY effect on your life. What do you care?! People try to talk about it like it’s a social issue. Like when you see someone stand up on a talk show and say, “How am I supposed to explain to my children that two men are getting married?…I dunno. It’s your shitty kid. You fuckin’ tell ’em. Why is that anyone else’s problem? Two guys are in love and they can’t get married because you don’t want to talk to your ugly child for five fuckin’ minutes?”

Preserve energy for the people that need you. For the actions you can take that require all of that energy.

7. “Everything that’s difficult you should be able to laugh about.”

You always have two choices. Be anxious, or find joy in the situation in front of you.

Why waste any seconds of a preciously small life being anxious and afraid. Everything has joy.

When I wake up in the morning, I try to practice this first thing: I think of the things the day before that made me happy. I feel how my body feels.

I let that feeling soak into all the cracks, all the places where I might be anxious or nervous or afraid. Mmmmmm.

Then I begin my day. Usually by watching a Louis CK show. Or, this morning, Amy Schumer.

The universe spent 14 billion years to get us to this perfect point, exactly as it was supposed to be.

Who am I to say, “you should be different” or “I’m better than you so I want THIS”.

Because, in another flicker of time, we’re just gone. And everyone leftover will be happy about it.

It’s never my business what other people think.

If you ever want a lesson on this, look at any YouTube video and look at the comments.

Was it really worthwhile for those people to post hateful comments? Did they really change the world for the better by posting on a YouTube video among thousands of other comments?

Are they happy now?

Doing my best in any situation is all I can do. If I worry about it while I’m doing it, I won’t do my best.

The next day I will do my best also. If it doesn’t work then ok, it’s a perfect opportunity to learn.

As Mac Lethal said to me the other day, “nobody remembers your bad stuff, just keep working at it and you’ll put out good stuff and that’s what they will see and remember.”

Why does Louis CK know so much? I don’t think he knows anything actually. And he doesn’t pretend he does. The man with nothing, has nothing to lose.

So that’s why I listen. I want to be the man with nothing to lose.

The author also wrote about the one trick for success that Louis CK and the Hare Krishnas used. Read more from James Altucher, an entrepreneur, investor and best-selling author of “Choose Yourself” and “Choose Yourself Guide To Wealth”. He openly discusses the financial and emotional impact of making (and losing) money in his personal blog at JamesAltucher.com. 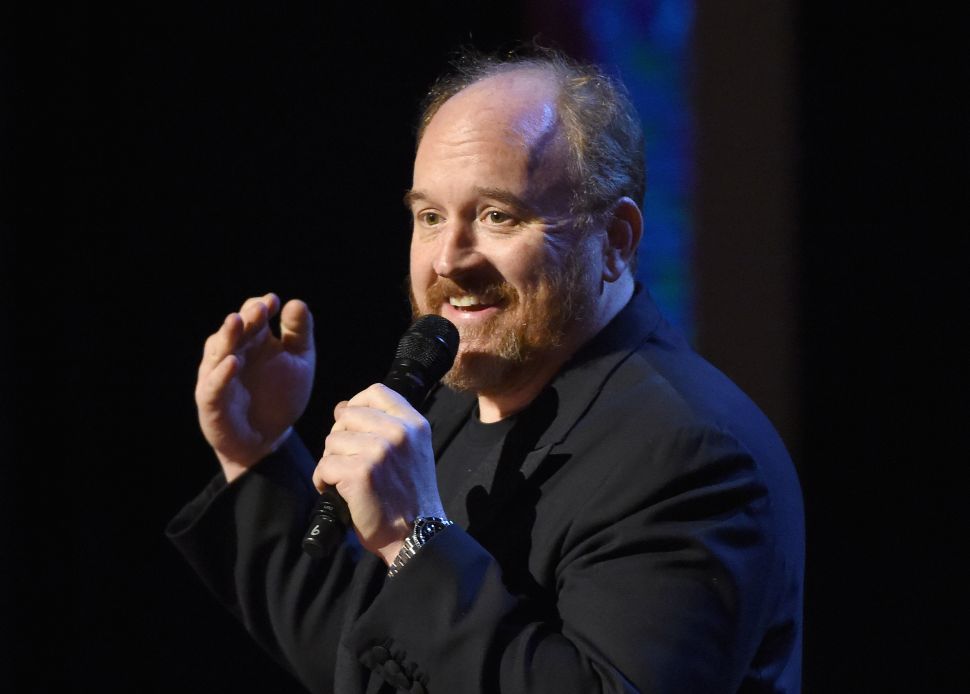