The de-Confederatization of America is moving right along, with calls to take down the statues of Nathan Bedford Forrest and other Confederate generals throughout the Deep South. It threatens to spread elsewhere, even around the world. But I think we’ll survive with a glancing blow here in the northeast when the great slave ports are identified, and in the big houses on the commons in the old New England hills and Boston’s wealthy colonial suburbs, when the rock is lifted to reveal what the Clipper ships were carrying. Blame goes back as far as Elizabeth I.

The negative analysis is bringing it all back home and in the end there may be nothing left. Those who venture into history’s squalid eddies and dark corners may see through the glass darkly that the constitution’s allowing of slavery was not after all such a strange aberration for what is suggested to be a manifesto of perfect human freedom, but actually intended to insure the persistence of slavery. England had outlawed slavery in London in 1772. What was ahead under British dominance was perfectly clear in Virginia by 1776.

And this is the key: The abolition of slavery in America was not a legal, constitutional action. It was an extra-legal, humane initiative by Christian moralists based on “higher power.”

The gay marriage decision is especially heavy lifting, taking on not only Jesus Christ and Abraham, but even Joseph Smith and the 10 avatars of Vishnu.

It is an important distinction, as the first two great turns of America, the American Revolution and the Civil War, may soon face a third which will find its solution again in these two timeless approaches to governance: Constitution and legality or “higher power.” And it will pend on two recent federal court actions; the Supreme Court’s decision to legalize gay marriage nationally, and Texas Governor Greg Abbott’s challenge to President Obama’s landmark presidential order on immigration, which was blocked by a federal judge in February on the eve of its implementation. And indeed, Texas’s and the Southwest’s fate will now or later be found in their determination to draw their own borders and protect their own populations.

The gay marriage decision is especially heavy lifting, taking on not only Jesus Christ and Abraham, but even Joseph Smith and the 10 avatars of Vishnu. Yet the mainstream political establishment of politics and press has its shoulder to the wheel on this. The court’s decision was received with widespread glee.

How will the states offended solve their problem: Through Tenth Amendment challenges to the constitutionality of the law in the court system? Or by extra-legal “moral” or “higher power” claims to legitimacy. Or simply by the legalization of common practice; the common acceptance of hearsay and pop culture; what is passed on at work or the school yard, what we saw on TV, what we heard on Oprah. What psychologists once called the “participation mystique” in which we subliminally accept and become members of a community and that community becomes us.

The Court’s decision on the constitutionality of the gay marriage law was decried by some of the nation’s highest justices who opposed the decision. Justice Antonin Scalia declared that the decision was a “decree that says my Ruler and the Ruler of 320 million Americans coast-to-coast, is a majority of the nine lawyers on the Supreme Court.”

He called the decision a “threat to democracy” and a “judicial putsch.”

Chief Justice John Roberts said the court had basically transformed the societal institution that has held together humanity for millennia.

Increasingly, Texas is seeing itself as what Governor Arnold Schwarzenegger saw or wished California was to be, “the equivalent of the ancient city-states of Athens and Sparta,”

“Let’s just get rid of the court,” said Louisiana Governor Bobby Jindal. It’s not clear just how much of that was intended as a joke.

Contention between North and South has apparently not gone away, but has metabolized nationally, and it becomes clear that Texas and its nearby neighbors, like Louisiana and Arizona, are the new whipping boys.

Today, under Governor Abbott, Texas will go to the wall on these issues. And pressure mounts in the House of Representatives for a religious-freedom bill banning the federal government from punishing churches, charities or private schools for actions in opposition to same-sex marriage.

Mr. Abbott is also calling back Texas gold from storage in New York, intending for Texas to build its own stash within state boundaries. In April, he ordered the state guard to monitor “Jade Helm” a Pentagon exercise being staged in Texas “to address concerns of Texas citizens and to ensure that Texas communities remain safe, secure and informed about military procedures occurring in their vicinity.”

Increasingly, Texas is seeing itself as what Governor Arnold Schwarzenegger saw or wished California was to be, “the equivalent of the ancient city-states of Athens and Sparta,”

In his last writings, the great ambassador George Kennan proposed that all states have similarly evolved to collective regionalization as they have since 1776 formed to their own natural realms and identities; New England, the Pacific Northwest, Texas, etc. This would advance America away from Alexander Hamilton’s vision of central government, and toward a federation of sovereign realms, much closer to what Jefferson intended. And that is what Texas is doing.

One way or the other, Texas is going there. 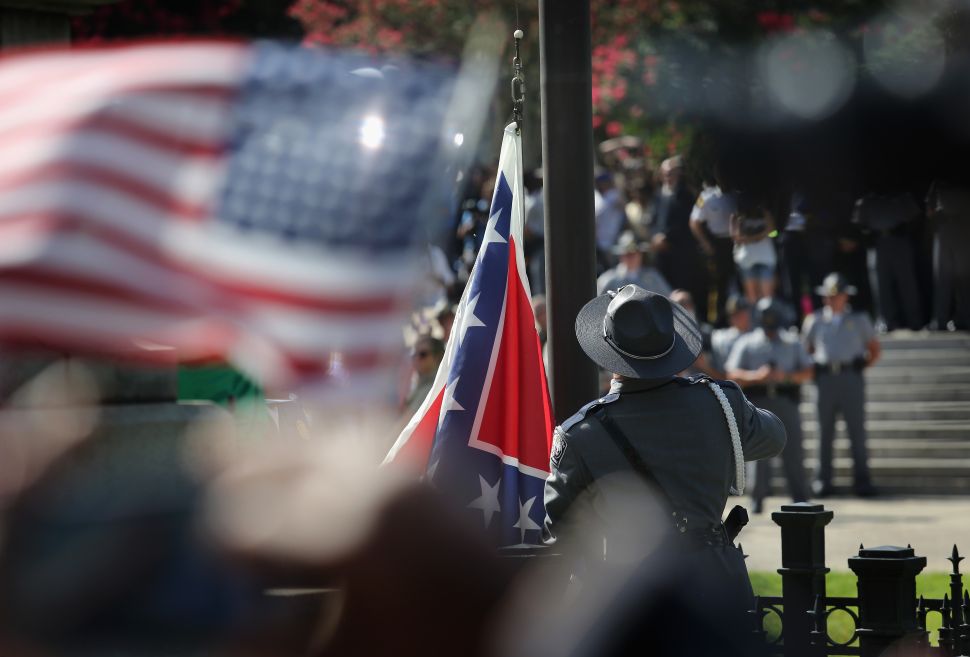