Suppose we had a war and Britain didn’t come? Which is sort of what happened in Syria when President Obama, on the advice of Samantha Power, United States Ambassador to the United Nations, declared that we must go in now, this afternoon. No time to discuss. Much as we had heard before in the maelstrom which is the Middle East. Surely, our allies, by which I think we mean Europe, the Atlantic Alliance or “the West,” led of course by our trusty sidekick, Britain, will fall in line. But overnight, the British Parliament voted to just say no.

And we thought we could always count on the Brits, ever since President Franklin Roosevelt sat quietly in conquest at Yalta, with Joseph Stalin and Winston Churchill on either side in February 1945. The iconic photo would mark the ages.

Or not. Possibly it would only mark the WW II postwar period, which might be about finished by now, as the conquistador’s dominion classically runs roughly only 70 years.

Next year we celebrate, if that is the correct phrase, the 70th anniversary of the publication of the “long telegram,” an icon as famous as that storied photograph. It was a plan for the future with America at center, designed by the legendary policy advisor George Kennan, from which came the domination of western and world culture by American initiatives, American culture and the American dollar, from which came the North Atlantic Treaty Organization (NATO) and the wall of containment of the Soviet Union.

The North Atlantic Treaty Organization is a ghost. It is the primary shibboleth which keeps the illusion of “the West” frozen in place today.

But Dwight Eisenhower, who had served as the Supreme Commander of the Allied Forces in Europe, did not see it as a perennial doctrine of cultural and military dominance.

“If in 10 years, all American troops stationed in Europe for national defense purposes have not been returned to the United States, then this whole project [NATO] will have failed,” said Mr. Eisenhower, the first commander of NATO in 1951.

And in the 70-year celebrations of the ”long telegram” there will be some dancing around Mr. Kennan, our most important ambassador since Benjamin Franklin, as the maestro had long moved on.

He proposed in his later writings that America should divide into 12 parts. Not just idle speculation. Thomas Naylor, a retired Duke economist living in Vermont, said he had received ten personal letters from Mr. Kennan and several telephone calls between 2001 and 2003.

“The subject was always the same—secession, the peaceful dissolution of the United States with Vermont leading the way,” writes Mr. Naylor. “Kennan was a closet secessionist.”

Possibly it is time to recognize that the new century has begun and the millennium is upon us. We will be fully unprepared for it dragging our heels nostalgically back to the 1950s with America’s current foreign policy clan. We are already fully unprepared.

Here is a thought: The North Atlantic Treaty Organization is a ghost. It is the primary shibboleth which keeps the illusion of “the West” frozen in place today.

Ditch NATO. Consider instead a new core commitment; a new starting place for the century and the millennium: The defense of America, the United Kingdom and the Anglosphere—Australia, Canada, New Zealand, the United Kingdom and the U.S.—for a reality-based, tradition-based perspective. This is our first circle of defense. This is who we are. We should defend it and start to look outward from there.

Ditch Europe, as we are not Europeans. Nor is Britain and she already appears to be making plans to leave. Let the Europeans finally defend themselves.

It does seem that somehow, between the last “Dr. Who” and the more recent incarnation of The Doctor, Britain has stopped being America’s conspicuously tasteful tag along and is learning to speak its own mind again with strength and clarity, like King George VI in “The King’s Speech.” My guess is that she could possibly no longer wait for us and had to take the initiative herself. Britain is our closest kin. Having missed the turn with her when she commandeered world leadership in joining China’s new Asia Infrastructure Investment Bank against our will, we should hurry to catch up with her.

Here in the fateful year of the Blood Moons, we see China’s rise to power but we may also be seeing Britain’s return to dominant global influence. The change of status of both of these, China and Britain, changes everything in diplomacy and foreign policy.

Britain is not to be ignored. It will never go away. It is however being rumored today that under Prime Minister David Cameron’s leadership, the UK may well be preparing to leave Europe behind. And as President’s office misguidedly warned them about joining up with the AIIB, Mr. Obama now urges Britain to resist “Brexit” and stay in the EU.

“UK will lose influence if it leave EU,” Obama said on the BBC last Thursday.

But the UK should uncouple from Europe and America should follow them out. These two efforts, the move to the AIIB and the EU exit, could well be planned and coordinated; a strategic, pioneering, paradigm shift to the rising Pacific Century.

Britain is pivoting to Asia. She will have good luck there. Unlike us, they feel comfortable there as they have been there before. Indeed, our world today might be seen to have its beginning in 1600 when Elizabeth I granted the charter to the East India Company allowing Englishmen to trade in India 20 years before they stepped foot on Plymouth Rock.

And she is not without influence. As if a secret garden, the British crown has a friendship relationship with 53 nations, one with 1.3 billion people. Some in Hong Kong are even growing nostalgic for the old Commonwealth relationship.

We should hold fast with friendship to Britain as between the Commonwealth and the American states a unified civilization, light and dark, has been awakening over historic time since Elizabeth I. Political abstractions and temporary make believe realms; The West, the EU, the Atlantic Alliance, “the world” will come and go like reconstructivist hippie dross or the mad delusions of war mongering elderly generals. But ties between the UK and America run deep.

As Britain uncouples from Europe we should renew and advance our shared historic tradition. It is more than a “special relationship.” It is who we are. We come from the same beginnings. We read the same stories and folk tales to our children. In long historic hindsight it will appear ludicrous to have split with England in 1776, then fight two world wars at numbing human cost just to get back together 150 years later.

“And in the end Americans will tune in weekly to catch the latest episode of Downton Abbey and learn to cook from the irascible Chef Ramsey because they are somehow still us and we them, and when all is said and done, that persists.” 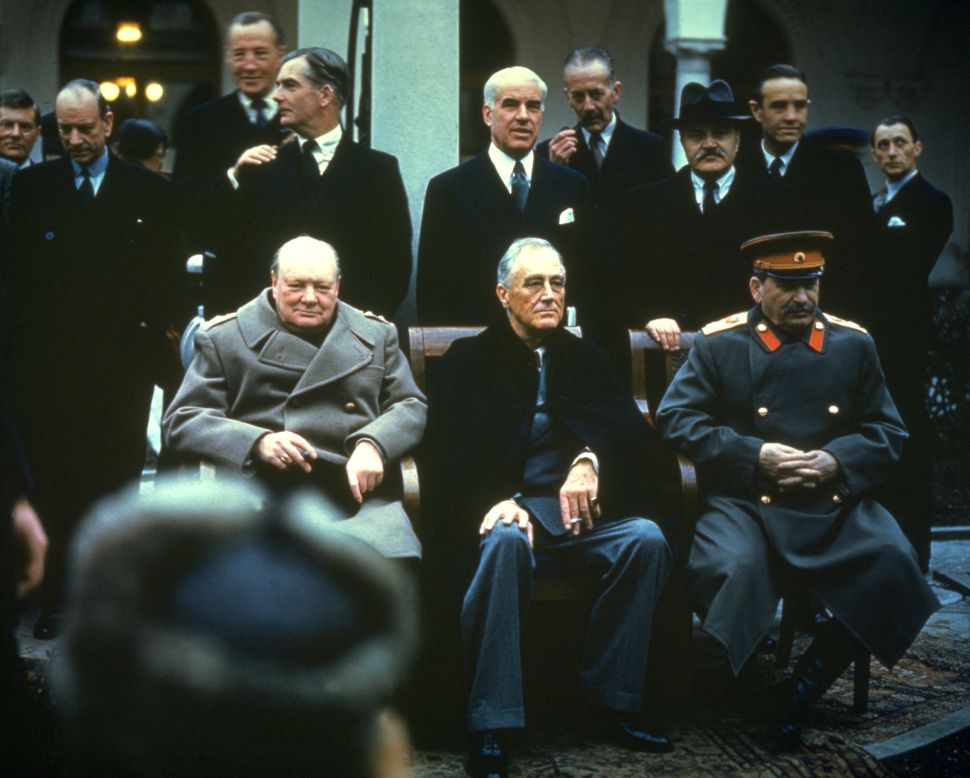