There’s a new summer condiment sure to spice up any picnic, yacht outing or in-home happy hour.

Brooklyn-based salsa company La Fundidora teamed up with Ravenswood wine to serve up some boozy, limited edition versions of their signature salsas. Available for this summer only are two varieties: one—a smokey red, and another nicknamed “brave man’s salsa,” which features a puree of fried guajillo chiles.

“We really hope we can provide a basis for people to eat salsa in a broader spectrum,” Vitali Meschoulam, who runs the company with his wife Lorena, told the Observer.

He’s not just talking about the alcohol content, either. Yes, there’s the matter of the booze, but it’s not the only thing adding to the deliciousness of these products and setting them apart from their salsa-counterparts. These jars contain some of the most authentic stuff around and are actually made in Mexico. La Fundidora works with local Mexican farmers and fresh, unique ingredients that aren’t even available in the U.S.

Mr. and Ms. Meschoulam were born and raised in Mexico City where they learned to appreciate and cook with the traditional Mexican ingredients that don’t make it into most salsas found in the U.S. They came to New York City for jobs in finance, but loved making salsa as a hobby. They began to do so full-time in 2012 and released their first batch in 2013.

The result: delicious salsas that are so authentic, they’re neither tomato-based nor intended to be eaten with tortilla chips. Believe it or not, neither of those seemingly staple salsa qualities are anything more than American adaptations.

“In Mexico, salsa is used as condiments. So it was also the idea of this salsa to show people it can be used for different foods and complex recipes,” Ms. Meschoulam said.

The Ravenswood Macha (“Brave Man’s Salsa) is based off the traditional Salsa Macha from the Veracruz part of Mexico. But instead of using morita chiles as usual, the wine-infused salsa features guajillo chiles that really highlight the fruit in the Zinfandel. The tart warmth to the flavor makes it the perfect condiment for flavoring meats, especially grilled steak or chicken. La Fundidora founders also recommend it for kicking up the flavor in a summer salad or tomato or cream-based pasta.

The Ravenswood Borracha, the other limited edition variety, pays a boozy homage to one of the oldest recipes ever recorded in Mexico. This version, however, features deeper tones with balanced spice to create a combination that adds just enough to heat enliven any dish. Try it on scrambled eggs, quesadillas, roasted lamb, chicken tacos or on a black-eyed peas and collard greens stew.

Mr. and Ms. Meschoulam feel their twists on the traditional salsas really tie them back to their deepest roots of culinary tradition in Mexico, where salsa recipes are ancient and well-rooted, but just as prone to evolution and personalization as well.

“In Mexico, it’s something present at every meal,” Mr. Meschoulam said. “Everyone is an expert. Everyone thinks they have the best salsa in town. And it’s true—everyone does, because of the different personalities they add to it.” 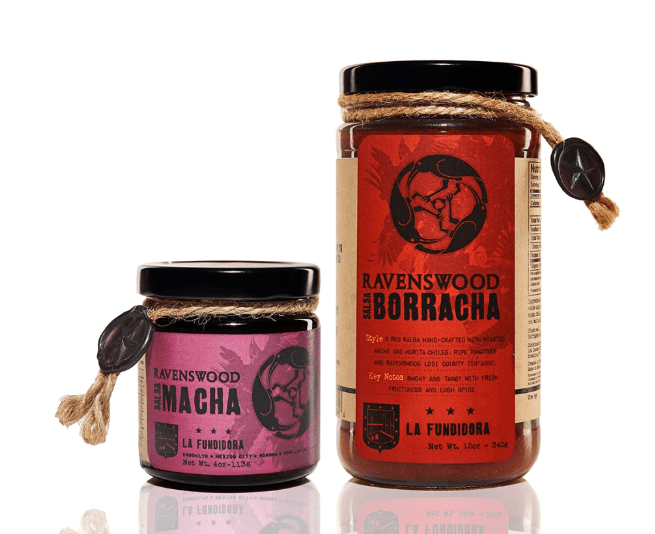