The nominations for the 2015 Emmy Awards were released this afternoon.

There’s a lot of what you’d expect—Mad Men, House of Cards, Modern Family, Game of Thrones, American Horror Story and more. But of course, Twitter is enraged on behalf of the shows, actors and writers they feel were snubbed. The awards aren’t until September 20, but already, fans are in a tizzy.

Major “snubs” include Ellie Kemper, the star of the Netflix original Unbreakable Kimmy Schmidt. She received no nomination, yet several of her co-stars did. Lorraine Toussaint from Orange is the New Black is another mentioned often, and many were quick to defend the acting of snubbed Eva Green.

Here’s a little of what the Internet is saying:

#TheAmericans is criminally ignored again. Are you blind, or just blind drunk, #Emmys ?

#Emmys How in THE HELL do you nominate The Talking Dead but NOT THE WALKING DEAD?#BoycottingTheEmmys

Get ready for Tatiana Maslany to be, once again, snubbed by the #Emmys this Thursday.

Was hoping for #BestSupportingActor nominees for @kumailn & @nottjmiller. Guess the voters thought HBO already had too many nominees. #emmys

The most egregious snub this year has to be Eva Green. Nobody acted harder during the eligibility period than her. #Emmys

The writers for OITNB defiantly deserved an #Emmys nomination ???

Once again Sunny is robbed of a nomination. I guess the gang will have to do another great episode about it. #Emmys @GlennHowerton

Some people, however, did take a moment to congratulate the nominees.

Uzo Aduba's nomination for Outstanding Supporting Actress for #OITNB is so thoroughly deserved, as are Krakowski and Burgess' nods. #Emmys

Congrats to Key and Peele! #Emmys

Congrats @jeneuston on your #Emmys nod for Outstanding casting on #OITNB 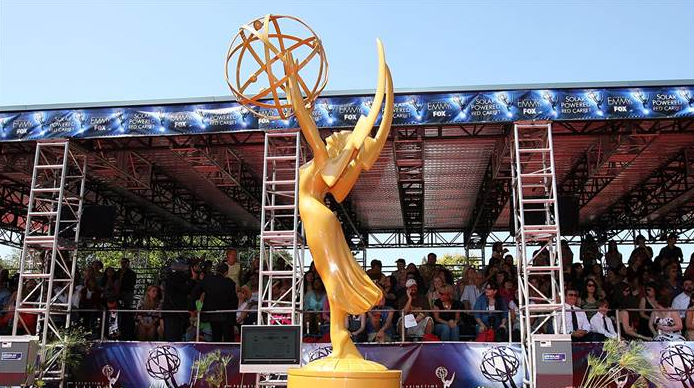