The newest Google Doodle celebrates the 14th Special Olympics World Summer Games, which kick off tomorrow and run through August 2 in Los Angeles. The athletes in the doodle are shown stretching, lifting weights, swimming and kicking soccer balls.

The 2015 World Summer Games will feature 6,500 athletes representing more than 160 countries, along with 30,000 volunteers and an anticipated 500,000 spectators. It’s also the biggest single sporting event in Los Angeles since the 1984 Olympics.

The games will take place in the same Los Angeles Memorial Coliseum where the 1932 and 1984 Olympics were held, and will also utilize athletic facilities on the USC and UCLA campuses.

This is not the first Google Doodle to call attention to equality in sports—a doodle during last year’s Winter Olympics took the International Olympic Committee to task for not challenging Russia’s laws against gay athletes. 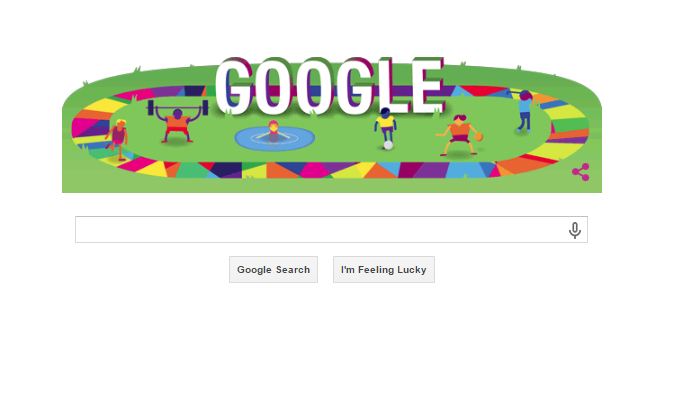