“Here’s the definition of being in gala heaven,” Jed Bernstein said last night, taking the stage in the upper concourse of Avery Fisher Hall. “When the person being honored actually loves what they’re being honored for. Tom Brokaw actually loves Mozart!” Last night, Mr. Brokaw was indeed honored for his continued contributions to the always-anticipated Mostly Mozart Festival each year at Lincoln Center.

As the evening’s man of the hour, his introduction was given by the equally notable Meryl Streep who was joined by her daughter, Mamie Gummer. “As a journalist, Tom has not only reported and delivered the news, but he has represented a certain kind of authority in our culture. Like a dad, he explains stuff to you without talking down to you. Or, when he was younger, a super smart, super straight-shooting, reliable friend. A narrator of our lives,” Ms. Streep said during her introduction. “Although he has received more awards, and more accolades, than anybody in his profession,” she later added in closing with a laugh, just before folding her speech papers into Mr. Brokaw’s breast pocket. “May I say, as someone with deep experience in this area, just one more isn’t going to kill you!”

“The fact of the matter, Meryl really is the Mostly Mozart of acting,” Mr. Brokaw lauded back to his longtime friend. “Wherever I am in the world-warzones, or personal trips in the far east, or fishing expeditions in Russia or Alaska, or wherever it is, I always make sure I can get back for at least a part of the Mostly Mozart season. I never fail to leave Avery Fisher Hall without an exhilarating sense of all that is rich in the arts and what they do for our life. So I want to personally thank each and everyone one of you for your contribution to keeping this extraordinary institution alive, for your presence here tonight, and for the fact that no one expected me to hum a few bars. What I would like to say about Meryl finally is that, I said at the onset that she is the Mozart of our actresses, but she has the added benefit of being a lot taller and a hell of a lot cuter.” 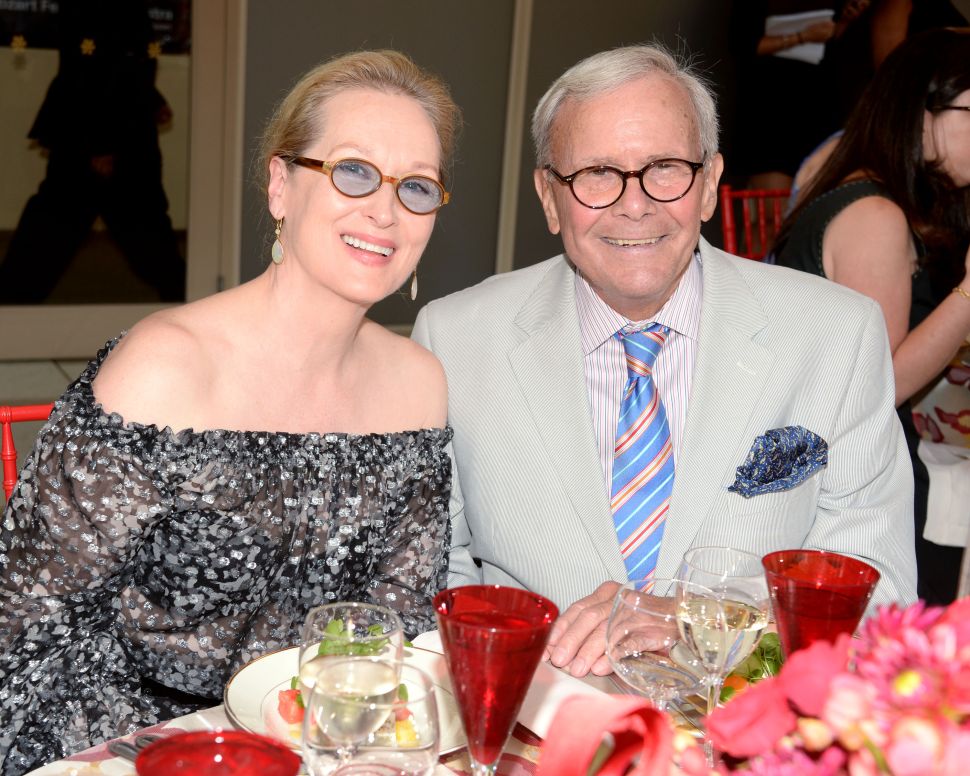