Many TV viewers might not quite remember this, but there was a time when television shows only aired new episodes between the months of September and May, the period that was once considered the traditional television season.

“When I was a kid, it was new TV shows where on during the school year and repeats were in the summer,” explains Jeff Pinkner, Executive Producer of  Zoo, which premiered in June on CBS.

This format held true for years. Then reality television was introduced and many of those series filled the summer programming schedule.

Slowly, narrative dramas and comedies began popping up throughout the entire year, and now, while there is still what many consider the fall and spring seasons on television, the summer season seems to have picked up quite a bit of steam in the past few years.

About the subtle shift, Pinkner says, “I just think now we’re in a different place in terms of what we expect for entertainment these days. The networks are more comfortable with narratives, including serialized shows, airing at all times. They’ve embraced the 10 – 13 episode order and both executives and viewers seem to like that they’re are going to get all of the episodes in succession with no repeats. It’s like a book; with one chapter at time being given to the audience. If you think about it, it’s sort of like a ‘beach read.’ Pretty appropriate for the season, don’t you think?”

Stephanie Savage, who is the EP of another series that debuted this summer, ABC’s The Astronaut Wives Clubs, agrees, saying, “I love the continuity of doing it this way. I’m thrilled to have a show air for ten consecutive weeks without any reruns. I feel like it really keeps the momentum of the show going.”

Another shift within the ‘summer series’ is the nature of the stories being told, says Sam Esmail, EP of Mr. Robot, which debuted on USA June 24th. “I think there used to be this idea that only ‘lighter fare’ was on in the summer, but that’s just not really true anymore.”

EP of Masters of Sex, Michelle Ashford, agrees with this thought, critiquing, “I think a lot of people realize now that that’s an old way of looking at things. I mean Breaking Bad and Mad Men certainly did well in the summer and those were not ‘light’ shows.” (As did The Wonder Years and Seinfeld, both of which begin as summer series and went on to great success airing during what was then the traditional television season.)

Esmail continues with, “I think the traditional seasons or television became antiquated when shows started debuting at all different times on platforms like Netflix and Hulu and Amazon and stuff. Television network realized that they had to follow suit and provide new content throughout the year. I think it’s really more about when things get made and then getting them out for consumption in a timely fashion rather than waiting for a certain timeframe to debut a show.”

He and Ashford both point to some advantages of being on the summer schedule with Esmail remarking, “There’s something kind of cool about coming on in the summer because in the movie world that’s when big things come out. I think it’s cool and I’m really happy that people have embraced summer shows.” Ashford adds, “I think the main advantage is that there’s less to compete with. The fall gets really cluttered and it’s hard to have success at that time.”

Jeff Lowell, EP of The Jim Gaffigan Show on TV Land agrees, explaining his personal experience with series scheduling. “I just had a show that launched in the fall and it was very tough. There are 20 to 30 shows that are all premiering within something like a two week window and there’s only so much energy that one network can put into series. It becomes a very fast winnowing thing. The ‘Cancellation Bear’ (@cancelbear)  is watching every series and judging every number by the tenth and tweeting about who’s doing well and who’s not. It’s an incredibly high profile feeding frenzy to pick winners from losers and it’s really tough. If you do that and have success, it’s really wonderful, but the nice thing about being off cycle is you can get more attention from both your network and viewers.” (Unfortunately, Lowell’s aforementioned series, Manhattan Love Story, did not survive its fall launch, airing only four episodes before being taken off the air.)

Ashford also points out that airing during the summer means, “Our show is coming on around Emmy time and those new episodes kind of remind people to take a look at us and that can help a lot.” (Masters of Sex recently garnered three Emmy nominations.)

From an actor’s standpoint, the addition of more year round programming offers more chances to book work, rather than just during certain months of the year, which is how it has been in the past. “There used to be pilot season, which there still is really, in May and June. That’s the time of year when actors are all competing to land a series gig in one of the pilots that are being made for a show that will hopefully premiere in the fall. In the past if you didn’t get something during pilot season, it was pretty grim for the rest of the year,” explains Michael Rosenbaum, star and an Executive Producer on TV Land’s Impastor.  “Actors used to freak out if they didn’t have something when pilot season ended. Now there’s so much going on that you don’t have that. Jobs come up all year around, not just in those few months.”

Thunder Levin, writer of the Sharknado series of movies on Syfy, offered a slightly different, maybe more insightful look, at why summer programming has reached the state it has, saying, “Well, it’s not really as innovative as you might think. In the early days of television they were doing like 35 episodes of shows so the summer doldrums weren’t as long you and you weren’t getting as many reruns. Then that number went down to 22 or 24 and now some shows are doing 10 or 13. I think the addition of all of this summer stuff makes perfect sense. Just because kids are out of school and maybe you’re spending more time outdoors doesn’t mean you don’t want good entertainment when you come home And, now that we have DVRs and other technology it’s not like people are out until 8, 9 or 10pm and because of that they’re going to miss their show. It used be if you had an 8 o’clock show people were still outside enjoying the evening and no one was watching that show. I don’t think that’s an issue anymore. This way of scheduling offers a great opportunity for more entertainment and that’s really what people want. They just don’t seem to want reruns anymore. They want new content and this is a way to give them more of that.”

Ashford concurs saying, “I think everything has changed so radically that I don’t think people have that same feeling about what makes a summer show a summer show anymore. There’s no more just simply categorizing a show as a fall show or a summer show. Content is content and when it airs doesn’t make the product good or bad. People will find good content no matter what month of the year it’s on. And, I think people’s viewing habits have evolved in a certain way that they expect new shows and new episodes of returning shows to come on year round, not just in the fall or spring. The bottom line is people want to be entertained and they’re not looking at a calendar to see what month it is when they decide what they’re going to watch.”

Given the new trend of scheduling new content in the summer, could the industry be moving toward a more permanent ‘three season’ schedule?

“There are definitely plenty of stories to tell that could fill the summer months every year,” says Savage. “I think we’re already seeing that.”

Esmail believes this as well, saying, “All signs point to this happening. I mean, it’s sort of already happening right now. There just hasn’t been any sort of ‘formal’ announcement about it by executives, but it’s pretty much already in practice.”

“I can’t even venture to guess what the corporate part of the industry has in mind moving forward,” admits Pinkner. “But, I’m very happy to have a show on the air that people can enjoy, no matter what time of year it is, and in the end that’s really all that matters.” 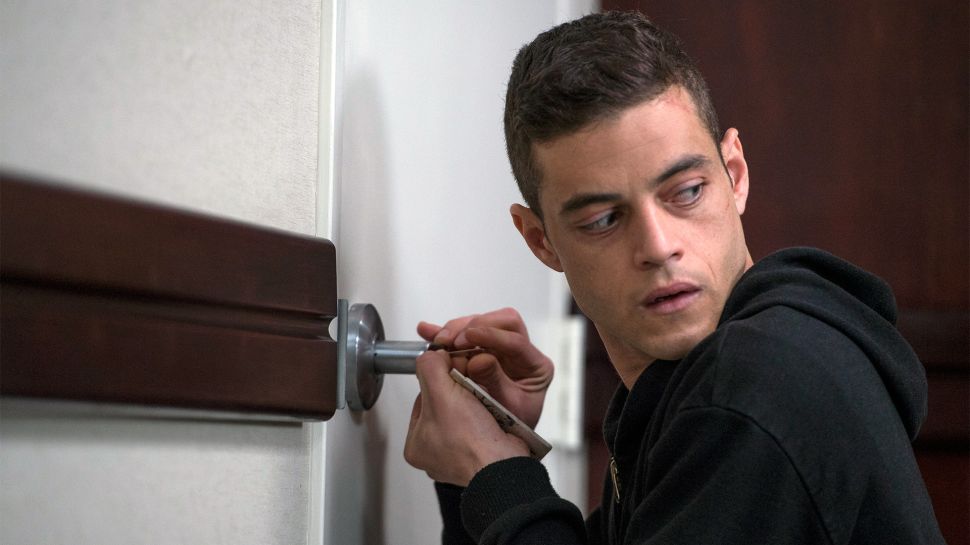