Twin Peaks fans, it appears you’ve met your match. A show–inspired restaurant, aptly named The Owls Are Not What They Seem, will be serving up Twin Peaks–styled food in London from August until mid–October. A dinner ticket will buy you three courses (I’m assuming pie and damn good coffee is included), while a bar ticket grants you entry to a “Twin Peaks–themed drinking den” and the promise of a encounter with the Red Room.

Sounds terrifying, huh? I love the idea, but might not be able to stomach a Lynchian meal. Here are five other television–themed restaurants that I think the world needs (spoiler alert: a Twin Peaks one didn’t make the cut).

Finally, after seven seasons of listening to our favorite quick talking mother–daughter duo rave about Luke’s coffee, we’ll finally be able to get a taste. I’m thinking traditional diner set up, but every waiter is dressed up like a different former love interest of Rory. If you bother him enough, the chef (wearing a traditional baseball hat, of course) will grouch at you in traditional Luke style. If you’re quiet and pay close enough attention, you’ll be able to hear some of Lorelai’s meanest quips played softly in the background.

Remember when the survivors on the Lost island finally became civilized and set up a makeshift kitchen, complete with Dharma Initiative food and island grown bananas? Yeah, that’s kind of what I’m going for. All diners sit around a communal table and enjoy the boar they hunted together. The group splits up about a dozen times, and alliances keep changing. This will make it difficult for you to finish your meal, but you’ll be too busy dodging bullets and polar bears to notice.

This one, believe it or not, actually exists. McGee’s, the bar that served as inspiration for MacLaren’s, has taken it upon itself to pay tribute to the show. The bar offers a fully How I Met Your Mother–inspired menu including a Slapsgiving mini pizza, a chicken jerk wrap called tedmosbyisajerk.com, and the all–famous Best Burger in New York. I’m happy for HIMYM fans, but angry for myself, because this menu is probably more clever than anything I could have fictionalized.

This one would just a really, really terrible coffee house. Everybody in it complains loudly about his or her lives. The waitress never gets your order right. The live entertainment is, frankly, awful. Can you tell I don’t like Friends that much? (Ed. note: Wait, this one also actually happened. And it WAS really, really terrible!)

This isn’t a restaurant so much as it is people viciously chasing and attempting to eat you. “Why would I pay for this,” you might wonder. “I don’t even get food,” you might exclaim. Well, stop asking questions. There’s someone chasing you. You really don’t have time to think about that right now. 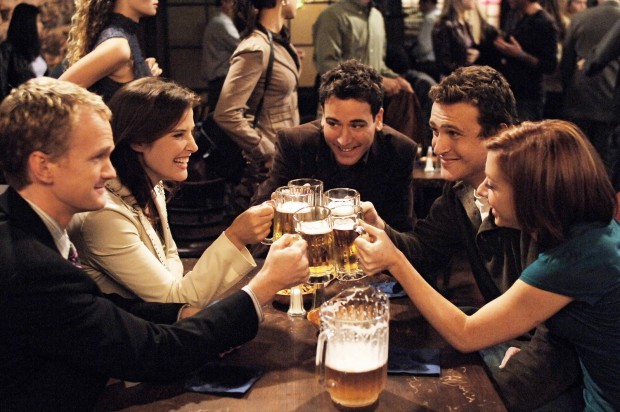