As the battle between Uber and Mayor Bill de Blasio ramps up ahead of an expected vote on his proposal to cap e-hail apps, Uber wants to sit down and hash out their differences face-to-face—live, on the Internet.

Uber’s latest swing at the mayor comes after Mr. de Blasio wrote in a Daily News op-ed this weekend that his desire to cap Uber’s growth was out of concern for workers, protecting riders, improving accessibility and bettering public transit. Previously, Mr. de Blasio had argued that the cap was about preventing traffic congestion—the proposed legislation calls for a study of traffic and pollution caused by e-hail services like Uber. Uber, meanwhile, has argued the mayor’s desire to cap their business is out of allegiance to taxi medallion owners who donated handsomely to his mayoral bid.

“When your proposal to cap Uber was introduced, your administration said it was about congestion.  The op-ed you wrote in the New York Daily News this weekend was about everything but congestion. If you have new concerns, we want to discuss them, face-to-face, and invite you to do so in a live-streamed conversation so all New Yorkers can watch,” Josh Mohrer, the company’s general manager for New York City, wrote in a letter to Mr. de Blasio.

At an unrelated press conference this afternoon, Mr. de Blasio said he would not debate with a company.

“I don’t debate with private corporations. Let’s be clear – Uber is a multibillion dollar corporation, and they’re acting like one,” Mr. de Blasio said.

His office, meanwhile, pointed out that Uber has played this card before—challenging London Mayor Boris Johnson to a live debate.

The request for a public airing of grievances is just the latest in a string of public punches the company has thrown at Mr. de Blasio. It has held rallies outside City Hall. It is relentlessly advertising against the mayor on television on social media site likes Facebook. Last week, the app launched a “de Blasio” feature for riders looking for a car—click on it and all the cars vanish and wait times skyrocket, which is what the company says will happen if bill capping e-hails passes. The challenge to the live-streamed debate is just the latest move aimed at appealing to the tech-savvy, younger New Yorkers likely to use Uber.

The de Blasio administration has sought to fight back—with an e-mail sent to those who used the “de Blasio” Uber app function to register their discuss, the op-ed, and with members of the administration, particularly press secretary Karen Hinton, knocking Uber on Twitter. (Ms. Hinton, perhaps seeking to show the administration has some tech street cred, recently Tweeted that she likes apps—especially the DryBar app that allows users to schedule to blow-outs, but that Uber needs to be regulated like any other business.)

In its debate challenge, Uber sought to refute some of the mayor’s arguments—arguing that its UberWAV service provides “the most reliable accessible ride in New York City,” and said allowing green taxis that they partner with—and that Mr. de Blasio also once opposed—to pick up other riders would help. The company doesn’t pay 50 cents per ride to the MTA like yellow cabs do, but Uber argued they help more by paying “millions more in black car sales tax.”

The company also argued that its drivers—who work as contractors, spurring some controversy—are adequately paid, and riders are well-served citywide. Their television ads, too, have argued that Uber goes where yellow taxis won’t, including minority neighborhoods.

“Every rider can get a ride within minutes to and from every borough. No Uber rider is refused because of where they want to go or what they look like, a longstanding problem with taxis that still exists today as the Mayor of San Juan would be the first to tell you,” Mr. Mohrer wrote, referring to Mayor Carmen Yulin Cruz, who a taxi driver refused to bring to her Bronx hotel.

Uber’s assertion repeated that cars are available everywhere in all five boroughs doesn’t appear to entirely true in every neighborhood, however—drop a pin in the transit-starved South Shore of Staten Island using the Uber app, and it’ll tell you there are no cars available. Uber spokesman Matt Wing responded to a question about service in the borough with three screenshots of cars available in other locations on Staten Island.

“Though I will say there is no question we would like to expand service there to make it even more reliable and the Mayor’s proposed cap would make it impossible,” Mr. Wing added. 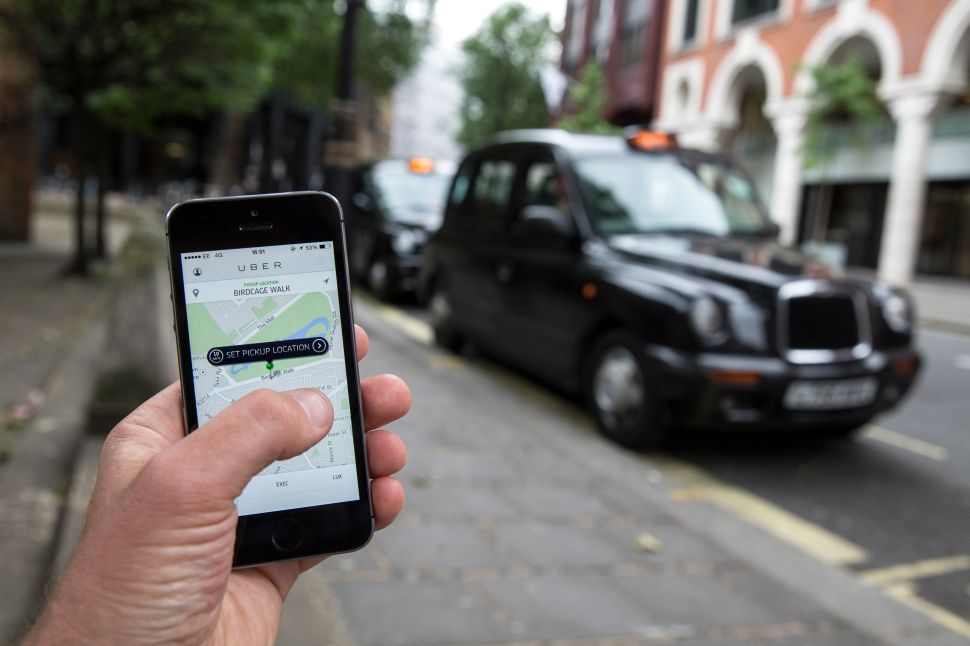