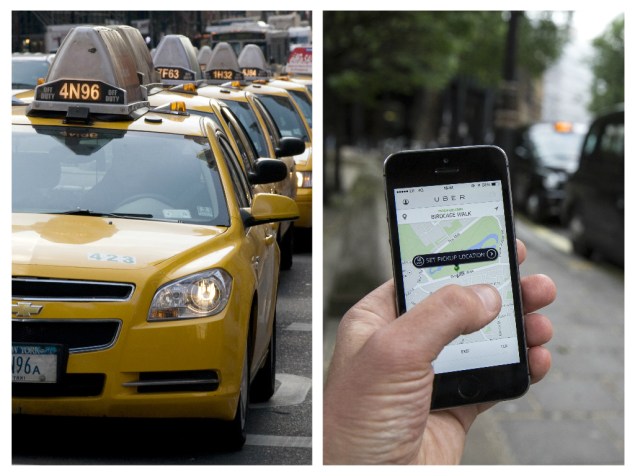 As a real New Yorker, born and bred on these streets, the iconic yellow taxis have always been part of my life and a large part of our culture. While the background has been written about extensively, I believe this week represented a tipping point for the future of medallion owners in Gotham.

New Yorkers are impatient and demanding creatures. The street hail used to the best way to get around. Who would have envisioned that one day you can have a taxi come by pressing a button? Uber did. They put cars on the street and re-invented the rulebook, as they out-hustled New York medallion owners.

Partially to blame for the success of Uber are wealthy medallion owners themselves. While a handful of people worked very hard against the Silicon Valley backed Uber, and mounted the good fight for the medallion industry, we do so on a shoestring budget. Medallion owners acted in their individual self-interest, rather than in the interests of their industry. That is one of the reasons Uber has won the fight for New York.

Notably, this week, New York’s Mayor Bill de Blasio, a former unshakeable ally of the taxi industry, withdrew his plan to limit the growth of Uber following its multi-million dollar media blitz, which also included celebrity tweeting, a lobbying campaign, and more. While Uber successfully characterized medallion owners as fat-cats, those so-called “fat cats” did not spend a dime on a special marketing, advertising and PR – even though they are in a fight for their very survival.

From where I stand, it is baffling that there are only two PR firms working for the medallion owners—and neither works in conjunction with the other.

I know this first-hand, from my public relations work for the largest medallion owner in America.From where I stand, it is baffling that there are only two PR firms working for the medallion owners—and neither works in conjunction with the other. It is also baffling that while medallions were at their peak, valued at nearly $1.3 million each, the grand total for advertising and marketing for medallion owners was, is, and remains zero.

In these last few months, how hard would it have been—as the simplest of examples—to use the taxi tops that they own to market their position to the riding public?  We see nothing—as these entrepreneurs preferred to pocket a few hundred dollars a month for the ads we see on taxi-tops.

Small thinking, a lack of visionary leadership, and unfortunate for New York.

I have sat in on countless meeting, listened to and even made presentations on the need for feasibility studies for the past few years. Two years ago a strategy was offered to highlight the fact that Uber is a California-based company – and that while each yellow cab trip generates $0.50 in tax revenue for the city and state, for a total of at least $87.5 million in MTA Taxes, NY would lose that money as transportation apps run by outsiders expand. The result was that dozens of emails among the medallion owners and their reps claiming that yellows contribute so much more in taxes than Uber does—yet “so much” doesn’t fly in the media and we were never given the resources to tell the full story.

In May 2014, a top-tier technology publication was interested in writing a feature on the tax difference between Uber and medallions, broken down state-by-state. An editor offered to publish a story with us examining the impact (and there’s many extra cab taxes—including the $1000 tax stamp medallions pay, but Uber doesn’t) – which would have required paying for research, data, and cost around $5,000 to execute. We would have produced a white paper as an exclusive with this media outlet, it would have created buzz, facts which show medallion pay more taxes—and something elected officials would have cared about and found difficult to ignore.

Sure as the fact that taxis are yellow, not a penny was available—and to this day, no one can provide a straight answer on how much NYC loses from medallions vs. Uber.

How many taxpaying New Yorkers know that NYC’s budget saw a $500 million drop in revenue due to unsold medallions? After many meetings I was advised to simply tell media that medallion owners generate “a lot” of money for the city. Clearly, that didn’t resonate.

Medallion owners would not pay for viral videos or campaigns—although I was repeatedly sent videos of Uber violations created on owners’ own iPhones, which they wanted to “get out to the public to stop Uber.”  They would not pay to investigate the screening process for Uber’s drivers and car conditions, nor is there any information out there discussing what could happen if there was a blackout in NYC and Uber dominated the streets, as when Hurricane Sandy and Irene hit New York.  Yellows were the only available mode of emergency transportation and owners donated the time and fuel.

There has, however, been plenty of kvetching from the medallion owners who largely have not evolved. There is still no working yellow taxi app. Not one of these “fat cats” has funded or created a working app that could have propelled yellows into this Internet age. Do medallion owners think they will actually stop this and future generations from using apps?

While Uber recruits Kate Upton and other celebrities to tweet, and employ numerous digital media agencies, Symon Garber, a mega-millionaire and occasional public nudist who has 275 New York City Medallions (and is listing a $27 Million home for sale) has a whopping 130 followers on Twitter. On Friday, he tweeted criticizing Uber’s NYC expansion asking “How is it fair to all the medallion owners?” On July 17, Mr. Garber tweeted “Uber should be suspended in California and fined $7.3 million, judge says. Good. That’s what they should do.”

Surely that well-reasoned argument is persuasive to all 130 of his followers and elected officials, right? Note to Mr. Garber: Life is not always fair.

A few weeks ago, during a family vacation to France, we exited the airport with our bags in hand, and we walked 45 minutes because the airport was closed to all cars, as France’s taxi drivers were protesting, and blocking the streets due to Uber’s growth. New York medallion owners sent a few emails to each other—but wouldn’t dream of giving up one driving day of work to fight.

Having spoken to dozens of medallion owners in the last few years, I have become all too familiar with the complaints of these rough neck entrepreneurs, but when I suggest hiring a lobbying firm, I am given the runaround. Not a single medallion owner employs a lobbying firm. None of them has had meetings with Governor Cuomo, whose support for Uber helped sway this decision in the tech company’s favor.

While there are a number of very smart and 24/7 hard-working people like Ethan Gerber, the veteran lawyer who fights day and night for medallions, he cannot match the Uber Public Relations and marketing machine. That effort has a former press secretary for Senator Schumer, and Bloomberg’s former campaign manager run the campaign. Alongside them is Bloomberg’s former press secretary, pollsters, and the city’s leading lobbyists. In-house Uber has dozens of staffers, all coordinated by President Obama’s former campaign manager David Plouffe.

Most medallion moguls do not even have assistants, and to the best of my knowledge there is not a single medallion owner with an in-house marketing person. On a good day, there might be someone in their offices who can write in English. They have money—but won’t spend in a meaningful way against a well-equipped foe armed with the latest and best weapons.

Bhairavi Desai of the drivers’ union The New York Taxi Workers Alliance, said, “If the Ubers of the world are successful, we’ll be reduced to nothing.” While there are many disputes between owners and the drivers’ union, on this issue there should be solidarity. There was none.

It goes on and on and on—and in the streets of New York, it’s eat or be eaten.

The complete lack of vision of these people is among the reasons New Yorkers can now expect to be held hostage to whimsical surge pricing, unregulated cars and unregulated drivers, much of which will not benefit consumers. But that’s our way in the city—the strong and smart thrive.

There will be room in museums for some of these yellow taxis.

I have seen it before.  From 2003-2006 my firm represented numerous offshore gaming companies that were making money hand over fist. We knew there were concerns about legalities and governance. We convened many meetings, had many talks, but evinced no coordination and no willingness to put aside some immediate profit for a longer term plan. Then poof—the Unlawful Internet Gambling Enforcement Act of 2006 (UIGEA) was created and shut down online gambling. The business has since largely disappeared, and is today a fraction of what it was. That fight too was winnable; it would have required coordination and money.

Uber is a multi-billion dollar conglomerate fighting this same fight worldwide. The taxi industry is no small player—yet there is no coordinating organization; not worldwide, or in the United States. To win requires a coordinated battle against transportation app companies; one with vision, sellable answers, tenacity and money.

To have a chance, the medallion owners have to view it as a fight for survival—for their industry and even their personal fortunes. Personalities and differences need to be placed aside, and short term financial gains need to be weighed against longer term prudence.

The tipping point has come for yellow medallion owners—and traditional taxis worldwide as Uber just won the war for the biggest taxi market in the country.

Ronn Torossian is CEO of 5WPR, a top 20 independent PR Agency. He writes this solely in a personal capacity and not as a representative of any individual, organization or company. 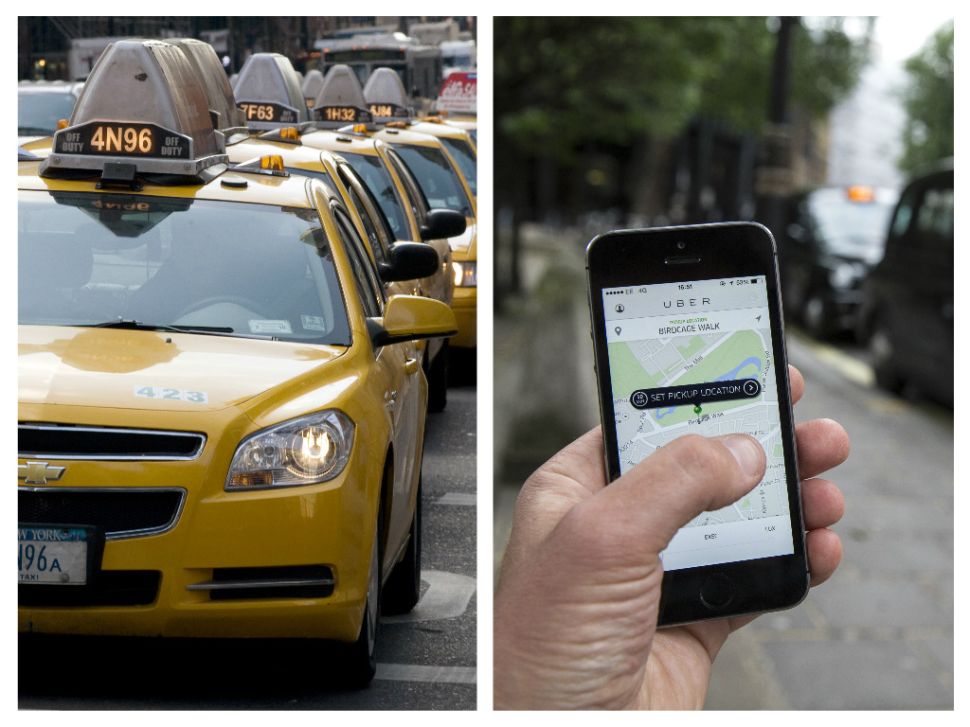