The judge’s order, signed by the Maya Tsimhoni’s attorney Lisa Stern, Omer Tsimhoni’s attorney Keri Middleditch and the kids’ guardian ad litem, William Lansat, “summarily dismiss[es] the contempt proceedings against all three minor children.” The court finds “it is in the children’s best interest to grant father’s and the guardian ad litem’s motions to allow the children to attend summer camp.”

The kids will be transported to camp from the fenced-in Children’s Village they’ve been residing in, separated from each other and from their parents, for two weeks. Both parents are barred from writing and calling the kids during camp; they are only allowed to visit on regular visiting days and only while supervised and they must speak only English (all five Tsimhonis are fluent in Hebrew, but the judge wants the supervisor to be able to understand all communications). The parents will split the cost of camp.

Both parents have been asked to take the children’s images off their social media and in a far-reaching bit of bravado that would surely fail to withstand First Amendment challenge, the judge issued a “Protective Order” instructing “that the media shall not publish the children’s image.”

With the contempt proceedings lifted, the judge also released the children’s three lawyers from their duties.

There will be an additional hearing on July 20, 2015. But for now, with the kids headed to overnight camp, hopefully life can return to as close to normal as possible for three young people who just finished two weeks in a very different kind of camp.

Exclusive Interview: Dad Whose Kids Were ‘Locked Up for Not Having Lunch With Him’

Lawyer for Tsimhoni Children Speaks Out Against Ludicrous Jailing of Kids 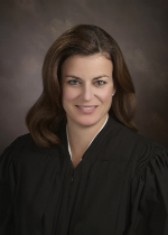