Upworthy, the feel-good viral site, is unveiling a new editorial plan that aims to combine the strategic power of empathetic storytelling skills with insights gained from analyzing data to create original content, a departure from the repackaged posts with clickbait-y headlines its known for.

As part of this new strategy, the company rechristened its “curators” as “writers” earlier this summer. In March, Upworthy co-founder Peter Koechley apologized for popularizing it’s much emulated, and much mocked, headline style (which hit big on Facebook until the social network changed its algorithm to temper the clickbait tides). And last January, Upworthy hired Amy O’Leary, then digital deputy editor for the New York Times’ international desk, as the site’s editorial director.

Today, the company is announcing Ms. O’Leary’s grand editorial plan, which she laid out in 39 slides.

“Every day Upworthy is learning more about human actions surrounding digital stories and how stories travel in digital space,” Mr. O’Leary wrote in the presentation. “By measuring interaction with digital stories, we are uncovering surprising insights into what had long been an intuitive art. We are analyzing the audience, medium, framing, actions, and habits surrounding a story. If you care about stories, looking under the hood at this stuff is a dream come true.”

As an example of the new approach, Ms. O’Leary cited a 5,000 word story from late June, “5 incredibly delicious chain restaurants you should never, ever eat at and 1 you should but can’t,” by writer Eric March.

“People stayed on that story all the way until the end. There were two million people reading about workers wages and rights,” Ms. O’Leary told the Observer this morning. “With that one, we went back and looked and realized that there were over 65 jokes in that piece. So there was a joke approximately every 75 words.”

By studying the data behind what made the story work, Ms. O’Leary contends, what could have been “an accidental viral hit” becomes a model for future stories.

“We are not trying to flood the zone with anything,” she continued. “We are actually really strategic with what we put our muscle behind and generally the stories we do are successful because we know what that criteria is for getting a large audience before we even start.”

But even as Upworthy moves into this new phase, it isn’t doing away with the uplifting, liberal-leaning content that made Fast Company call it “the fastest growing media company of all time” just two years ago.

“We always ask ourselves, ‘If a million people saw this, would it make the world a better place?'” Ms. O’Leary told us. “It’s important to build trust and a relationship with your audience. And we are going to do that through quality storytelling.” 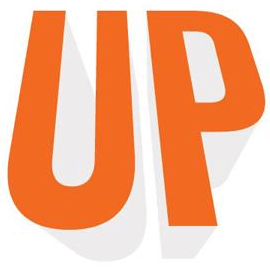