Mobile phone jammers, which disable phones by preventing signals from being received, are ideal for venues like theaters where silence is expected. In the United States, however, it is illegal for anyone except federal officials to use these devices (and then only in certain circumstances).

Wednesday night, while performing in the comedy Shows for Days Off Broadway at Lincoln Center, Ms. LuPone became frustrated with an audience member who persistently texted throughout the show, so at the end of a scene she walked into the audience, snatched the phone from the woman’s hand and walked backstage with it. (The embarrassed culprit did get her phone back after the show).

Ms. LuPone is no stranger to cell phone controversies—in 2009, while performing in Gypsy, she literally stopped the show to yell at a man taking photos of the performance.

After the latest incident, the Broadway legend released a statement to Playbill bemoaning this distressing trend.

“We work hard on stage to create a world that is being totally destroyed by a few, rude, self-absorbed and inconsiderate audience members who are controlled by their phones,” Ms. LuPone told Playbill. “I am so defeated by this issue that I seriously question whether I want to work on stage anymore. Now I’m putting battle gear on over my costume to marshal the audience as well as perform.”

Melodrama aside, Ms. LuPone’s experience highlights a growing problem—indeed, hers wasn’t even the only Broadway cell phone controversy this week.

An audience member at the play Hand to God who only had five percent battery on his iPhone thought it would be a good idea to climb onstage before the show started and use the fake outlet on set (the outlet has since been audience-proofed). His unrepentant attitude about the incident hasn’t helped matters (though he is planning to hold a press conference to apologize this afternoon).

These escapades show that when the worlds of Broadway and tech collide, bad things happen. Turning off your phone in a theater is a good exercise not only because it prevents distractions, but because it avoids practical concerns.

Broadway theaters weren’t built for cell phone usage—many of them date to the early 20th century. They’re made of marble on the outside and have thick walls on the inside, which absorb sound. As such, the cell service in these places is terrible, so even from a technical standpoint, using your phone in a theater is pointless—your battery drains even if the phone just stays in your pocket.

So since a jammer can’t do the work for you, man up and turn your phone off next time you’re at the theater. Save your battery power for later (when you can use it), and save yourself from embarrassment at the hands of Patti LuPone. 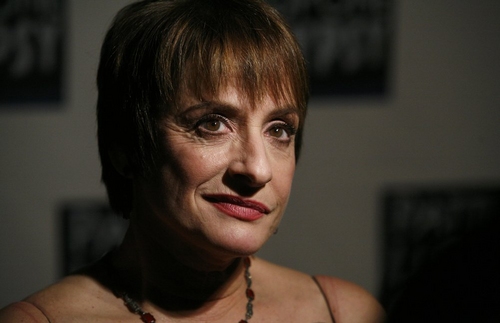