Event: “Block Party” at the Rubin Museum of Art
The Rubin Museum’s summer block party features mask making and origami, performances by Ajna Dance and Indian classical musicians Brooklyn Raga Massive, a costume contest, and free admission to the museum all day. Come for the outdoor fun or to view the museum’s six current exhibitions—including the colorful “Becoming Another: The Power of Masks”—in this Himalayan oasis in Lower Manhattan.
The Rubin Museum of Art, 150 West 17th Street, New York, 1-4 p.m.

Opening: “The Eye in Matter” at the Queens Museum
A beloved photography professor at Hampshire College in Western Massachusetts, Robert Seydel was on the brink of an artistic breakthrough when he died of a heart attack while preparing his epic “Book of Ruth,” which was posthumously published by Siglio Press. The book, and this show, presents the collages, drawings, and journal entries of Mr. Seydel’s alter ego Ruth Greisman—a spinster, Sunday painter, and imaginary friend to Joseph Cornell and Marcel Duchamp.
Queens Museum of Art, Flushing Meadows Corona Park, Queens, 2-4 p.m., free with museum admission

Screening: “John Maybury’s Read Only Memory” at Le Petit Versailles
From the maker Francis Bacon biopic “Love is the Devil,” and the famous Sinead O’Conner music video “Nothing Compares 2 U,” comes “Read Only Memory,” documentary of the fabulous life of Australian performance artist and London underground celeb Leigh Bowery, who danced for choreographer Michael Clark, modeled for painter Lucian Freud, and was one of the most photographed, influential, and outrageous fashion icons of the 1980s and ‘90s. John Maybury’s 186-minute film premieres this week.
Le Petit Versailles, 346 East Houston Street, New York, 7 p.m.

Opening: “Hanna Liden: Everything” at Hudson River Park
Swedish-born, New York-based mixed-media artist Hanna Liden has teamed up with cosmetic company Kiehl’s and Art Production Fund to produce a her first major public art installation—gigantic sculptures of one of New York most adored foods: the bagel. Her sculptures are on view at three New York locations, starting on Monday: Hudson River Park , where the artist is being feted, Ruth Wittenberg Plaza at 6th Avenue and Christopher Street and Kiehl’s Flagship store at 13th Street at Third Avenue.
Hudson River Park, West Street at Christopher Street, 6-8 p.m. 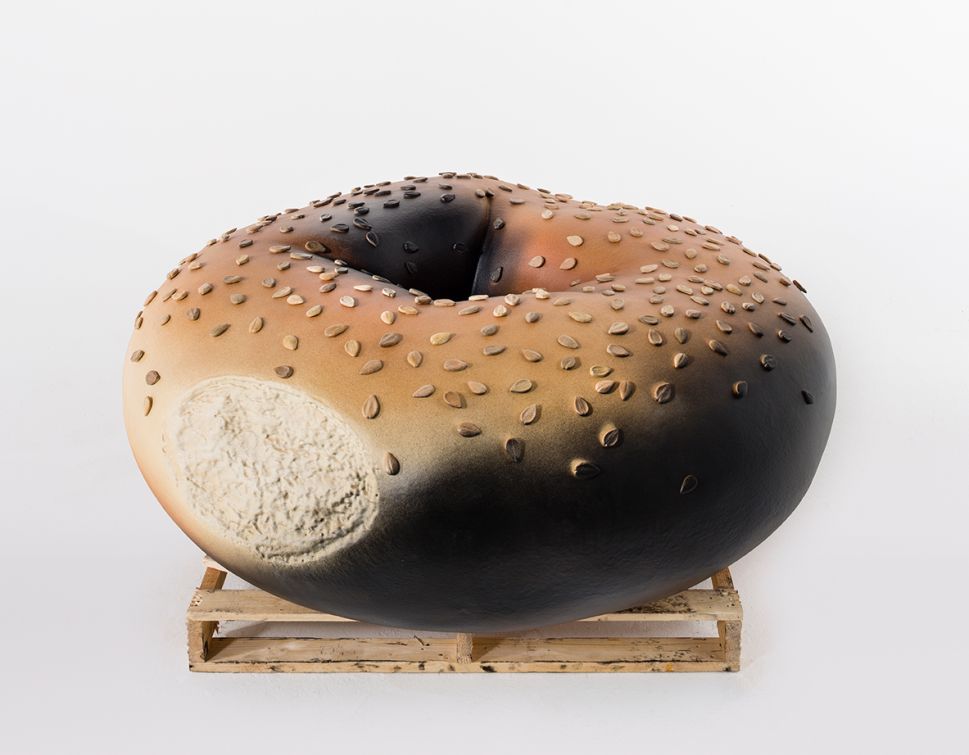