We know what Israel thinks about the Iranian nuclear deal and what the Republican Party is thinking.

But how much do understand about what the Iranians are thinking. And how about what is in the minds of Iran’s arch enemy, Saudi Arabia?

Middle East leaders often doublespeak. They say one thing for public consumption to the greater Western world and something entirely different to their own people and their own press. The disparity is mind boggling.

The Grand Ayatollah Khameini, also known as Iran’s Surpeme Leader, while speaking in a televised presentation ending Ramadan—just before the deal was struck in Vienna, said to his public: “We will never stop supporting our friends in the region and the people of Palestine, Yemen, Syria, Iraq, Bahrain and Lebanon.”

He continued: “Even after this deal, our policy toward the arrogant U.S. will not change. We don’t have any negotiations or deal with the U.S. on different issues in the world or the region.”

The Grand Ayatollah spent considerable time speaking about “world arrogance,”  an Iranian catch phrase meaning “the United States trying to push their agenda and values onto others.”

Read on: “We have repeatedly said we don’t negotiate with the US on regional or international affairs; not even on bilateral issues. There are some exceptions like the nuclear program that we negotiated with Americans to serve our interests.”

‘”The Americans say they stopped Iran from acquiring a nuclear weapon.”

“They know it’s not true. We had a fatwa, declaring nuclear weapons to be religiously forbidden under Islamic law. It had nothing to do with the nuclear talks.”

And then, as if he has not already made himself perfectly clear about his disdain for the United States, the Ayatollah proceeds to explain his take on U.S. interests in the Middle East saying: “Their actions in the region are 180 degrees different from ours.”

Throughout his speech, there is background noise generated by a very frenzied crowd. And what are they shouting: “Death to America” and “Death to the Zionist state.”

Nothing happens in Iran without the direct approval of the Supreme Leader. Nothing. The Grand Ayatollah Khameini signed off on the agreement or it would not have been signed at all. He has the final say on all issues in Iran, especially foreign affairs. And yet, his tone when speaking before his own people seems pretty clear.

After the deal was announced Saudi Foreign Minister Al-Jubeir traveled to Washington to visit the White House and Secretary of State Kerry. Publicly, he politely supported the deal as positive step for the region. He was accepting of the deal but did not endorse it. He was reticent about giving too many details explaining that the government of Saudi Arabia was still studying the agreement.

The Saudi embassy in DC issued a statement saying: “Saudi Arabia has always been in favor of an agreement between Iran and the P 5+1 Group.”

But the Embassy website speaks of very bold challenges to the agreement and to Iran. The comments are unattributed and written simply as a statement about the agreement. The statement says that Iran must use this new status to help those in the region and not support terror.

“The agreement must include a specific, strict and sustainable inspection regime of all Iranian sites, including military sites, as well as a mechanism to swiftly re-impose effective sanctions in the event that Iran violates the agreement.”

“Under the nuclear deal, Iran has to use its resources for domestic development and to improve the living conditions of its people rather than use it to incite turmoil in the region, which would only be met with harsh and determined responses from the countries of the region.”  The statement concluded by saying that since Iran is a neighboring country, “The Kingdom is looking forward to build the best of relations in all fields on the principle of good neighborliness and non-interference in the affairs of others.”

Before, during and now after signing of this nuclear deal with Iran, Saudi Arabia has repeatedly maintained that they want the same rights as Iran. The Sunnis of Saudi Arabia cannot—and will not—permit Shiite Iranians to get the upper hand in the region and move toward improved nuclear technology under the safety shield of a signed and sealed deal.

In other words, and it makes no difference what language you use, one thing is clear: The Middle East is gearing up for a nuclear arms race sanctioned by the P 5+1. 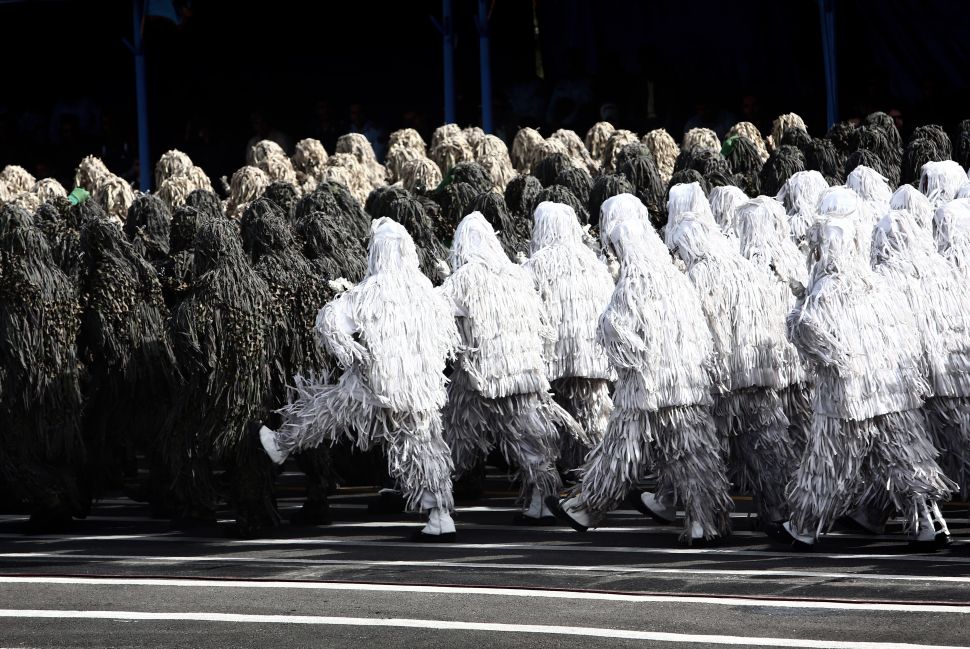