The couple purchased the home on 58 Bank Street in 2005 for $3.75 million, and swiftly began creating their dream home from the five-floor townhouse, gut-renovating the entire place while also restoring some of the original details, including relining two of the original wood-burning fireplaces and adding custom light fixtures and decorative plaster moldings.

The Greek Revival-style brownstone was built in the mid-1840s, and along with five bedrooms, four bathrooms, and two powder rooms, it also has three private outdoor spaces, including a rooftop deck with views of the Empire State Building and a glass paved terrace. And they went all out with the back garden, where they added a remote-controlled waterfall that flows down a custom stone wall, which is of course perfectly visible when sitting on the glass balcony—there are also glass walls throughout the home.

Alas, even dream homes lose their luster over time, and Corcoran broker Eileen Robert told the Observer that Mrs. Abrahams was ready for her next project.

She said the buyers, Tyler Ross and his wife, were attracted to the home not just because it was “breathtakingly beautiful,” but also because of its “functionality.” (It remains unclear what the buyers do for the obviously very good living that provides them with the means to spend $18.1 million on a townhouse.)

Either way, they obviously found the place compelling (perhaps it was the pressing need for one’s own personal waterfall?) as the 4,960 square foot home was sold in an off-market deal before it was officially listed. 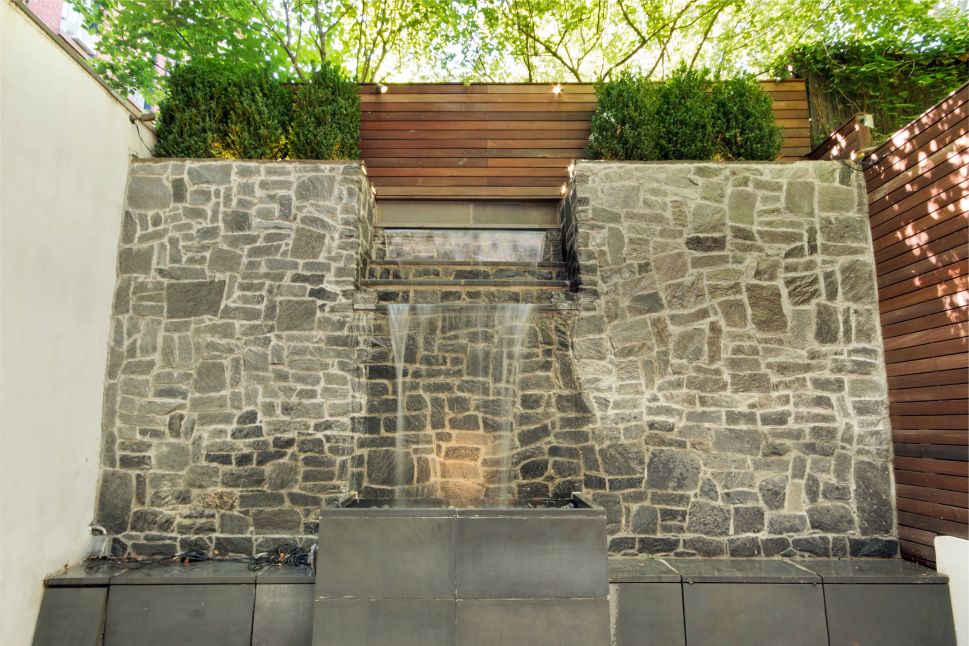