It was Christmas Day 2012, but entrepreneur and app developer Ryan Glen wasn’t in the holiday spirit. As the economy continued to rebound from the recession, he wanted to create a mobile platform that would help bring unemployment rates down and provide income for fringe economic groups, such as veterans and semi-retired individuals.

The results of that Yuletide brainstorm have now come to fruition. Bizibid, a new web app developed by Mr. Glen and game developer Gary Nunley Jr, will be released on July 11. Though the app can be downloaded by any mobile user, Mr. Glen said the app’s initial marketing is focused in New York City, Los Angeles, Atlanta, Houston and Cleveland.

Bizibid still works pretty similarly to Mr. Glen’s original vision. Users post odd jobs they need done and name the price; interested parties can then respond to the post. Payment is withheld by the person requesting the job—the money is not deposited into the worker’s account until the work is completed.

“Hit a button and someone can shovel your snow, cut the grass or put up the Christmas lights,” Mr. Glen told the Observer.

Mr. Glen said he was inspired by his friend and adviser Jeff Hoffman, one of the creators of Priceline—Bizibid uses a “name your price” model, similar to that of the travel company.

Users are required to rate and review the workers that serve them, so anyone else who logs onto a worker’s page can see comments and pictures of their work. Job seekers and job posters can also chat on the app’s message board to make sure they understand each other.

“It’s up to the user’s discretion how they hire,” Mr. Glen said. “We have a Craigslist model, but we added a ratings system and we have everyone’s information on the back end, so it’s safer.”

The Bizibid rating system also employs elements of the Uber model—in fact, the app’s press kit refers to it as the “Uber of jobs.” Even though Bizibid applies Uber’s screening material for drivers to workers of every stripe, Mr. Glen downplayed the risk, saying he’s just giving the people what they asked for.

“In 2015 everyone wants convenience, so this setup works,” Mr. Glen said.

Even though convenience is now key, Mr. Glen thinks the app still holds true to his Christmas vision of employment equality.

“People can live comfortably on this platform,” Mr. Glen said.

Bizibid will have to find its way in a rapidly growing market of similar apps, from small companies like TaskRabbit, which allows users to outsource small jobs in their neighborhoods, to behemoths like Angie’s List, the nationwide network of local business reviews which recently went “Mobile First.” 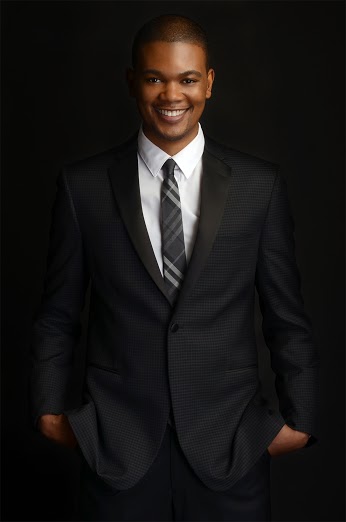