I am a Bernie mama. Specifically, a single mother who is finding herself increasingly supportive of presidential candidate Bernie Sanders. There are a lot of us—think of it as a loose club.

We have no bylaws per se, nor do we ever formally meet. We don’t have tee shirts or bumper stickers…yet. But if we run into one another, say, on the street, or end up having coffee, it comes up and quite quickly there can be no doubt about our solidarity. The world, especially as it regards our kids, is looking mighty Bernie to us. Which is to say we feel this Bernie Sanders guy is a candidate we can get behind, because it is ever more clear that he is behind us, and this monumental task we have before us of launching young humans into the world—pretty much alone.

Single mothers of children of a certain age (15-20, in particular) share anxieties and ethical quandaries.

1. What sort of world are we bequeathing to our children?

2. What sort of leaders would we choose for this world they will inherit?

3. How will we ever afford their college tuition?

4. At what exact age can they be expected to do their own laundry, as in every time?

Allow me to better explain why it is so many of the single mamas I know like this guy (as I sit here in Albuquerque, New Mexico this week, far, far from the Bernie-land of Vermont, I have learned a group of moms in the tiny rural hamlet of Corrales have created a Bernie Sanders float for their small town July 4th parade).

First, the biggie. What sort of world are we leaving to our children? It is looking like a environmentally distressed, politically unstable, economically challenged, possibly toxic planet, run by agribusiness and multinational corporate interests. From our kid’s point of view, it is a bit like inheriting a house with termites, rot, black mold and a lot of liens—with angry and possibly violent neighbors on either side. The only candidate who has made addressing this the bedrock of a campaign, that I have seen, is Mr. Sanders. There is the sense, listening to him, that the world is wildly off kilter, and he would pursue a sort of multifaceted triage, if elected. In my opinion, and the single mamas I chat up, triage is what we need right now.

Number two: who do we want to hire as triage director? Well let’s start with what we don’t want: a manufactured product person created after conducting surveys, someone who tosses critical emails and balks at turning over financial and tax records. People with dirt.

The only real dirt anyone has dug up on Bernie to date that I  know of was a 1970’s essay he penned about a “rape fantasy” in which he was clearly trying – and failing- at sarcasm. That was forty years ago and by the way, our kids do that every day.

Number three. College tuition. I can make myself physically ill just by saying the words aloud. It is a topic of great concern to we single mamas—and to parents everywhere. And Bernie is a guy who says that thing we want to hear: why not make college tuition free?

We live in a society in which a bachelors degree is necessary for almost all employment. How is it fair that our kids must enter their working lives encumbered by massive college debt?  Our guy Bernie has openly stated that he supports free higher education for the masses, (as many industrialized countries offer) and get this—he wants to impose a tax on Wall Street to pay for it.

This brings me to my final point, that frequent topic of discussion among my fellow parents. The laundry. At what point should we get our kids to take over this job? Some say they foisted the duty on their kids at age nine. Some admit they will probably never hand over the detergent. I am somewhere in between the two, probably leaning toward the latter group. I will probably do the laundry as long as my girl needs or asks me to. But it would feel better doing it if I knew that she would wear her newly laundered clothes to a free university, in a country led by someone who is not an ego maniac, in fact is rather sensible, in a world that is at least addressing the many threats of total collapse that loom.

These are some of the reasons why this single mama and so many of her compatriots are now feeling the Bern.

Elizabeth Cohen is a professor of English at SUNY Plattsburgh. She is the author of The Hypothetical Girl, a short story collection, and the memoir The House on Beartown Road, among other works. 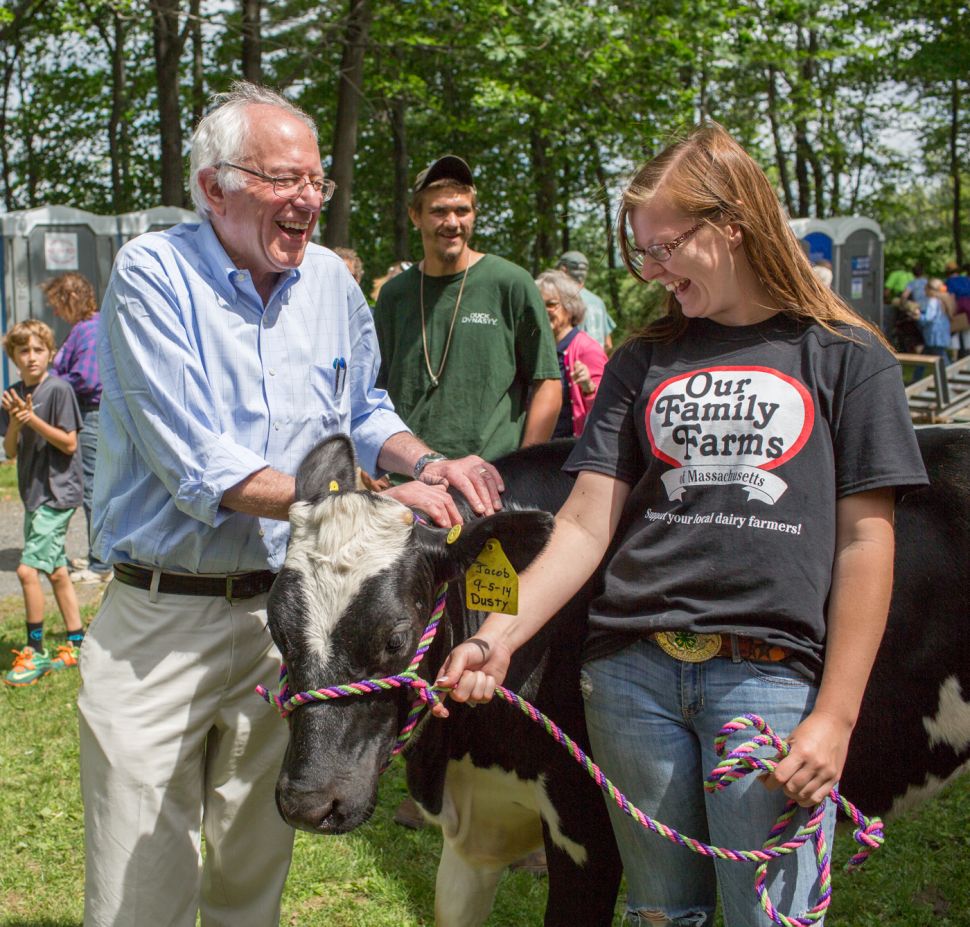