“Why do some people always succeed?” someone asked me. There’s pain baked into the question. This a question wrapped around a question.

The inside of the question is: “Why do I often fail?”

Those people who ALWAYS succeed…it seems wrong. How did they get that way? It seems creepy.

I’ve finally been given permission (there is a hidden bathroom in Port Authority where I can ask a man sitting on the most left-end toilet questions (there’s a long line to talk to him) and he said, “O.K.”) to tell the truth.

Approximately 1 in 100 people are aliens. “Aliens” is perhaps too specific a word.

We don’t really know what they are. Perhaps they are avatars of the programmers who created this world.

We are like the Instagram to their reality and occasionally they deign to visit us, to observe us, to perhaps try us out for awhile. Sometimes they double-click on us and “Like” us.

But perhaps they could be aliens, fattening up our civilization until they can land and do with us what they’ve done to 1000s of planets (millions!) before us. (“It’s a cookbook!”)

Or maybe they are angels, sent down to keep balance to The Force.

Some say they are dead people who have learned through their trials and are ready to take the place of people who no longer want to inhabit their bodies. They barter and trade with us, heaven for you, a human body for them.

They usually do this bartering while you are in the shower. That’s often the best way to communicate with them. They they take over your body.

These people always succeed. Because they know the rules of the game. They know when people are lying and telling the truth.

They know the headlines of tomorrow’s newspaper. They give their all when their all is needed and they rest when it’s time to sleep.

They look incredibly good. They are having sex constantly with beautiful people. They put a card in an ATM machine and money flies out. Their minds are 3D printers of realities.

To have one of these people look at you, or touch you, or love you, would convey untold blessings on you. But rare is that look, even less so their touch, which is guarded carefully by those they call The Ancient Ones.

The rest of us have to toil and struggle. For me, sometimes there’s a monster in my head.

I wake up in the middle of the night I wonder, “does she really like me?” about my wife.

The rest of us are only human. And humans shit, and get dirty, and privately think disgusting things 90% of the day.

Humans are afraid of each other, afraid to say what they mean, afraid to admit what they’ve done.

We each have our deep, inner, painful story. But our faces don’t know how to tell it. Our faces keep kissing each other.

Humans want to touch and hold but are afraid of what will happen if touched back. Or worse – NOT touched back.

If I didn’t crash those cars and lose all my money again, maybe I would not have lost my house and dignity in the back of a police car.

If I didn’t shoot for the stars, maybe I would not have been burnt by the sun.

I left a negative empty space where greatness would have occupied.

I’ll never be as good as the aliens among us. The angels who fly through the air when nobody is looking.

Sometimes I see them out of the corner of my eye, like an illusion of in the desert.

But when I look closely, I find they aren’t there. And, even worse, sometimes when people look at me, I feel invisible and worthless. I feel the disconnect between their eyes and who I really am.

They see the fraud inside of me, always hiding, always wanting to come out.

Why are some people always a success and people like you and me (or maybe you are one of THEM) aren’t?

It’s because our judgments of them only reflect what we really think about ourselves.

Our fear that there is an “us” and a “them” and an iron fence in between.

There’s gold at the end of the rainbow and they know how to find it. And on my last breath I suspect in that final moment, I’ll realize where I forgot to look.

The author also wrote about the nine ways to guarantee success. Read more from the author…James Altucher, an entrepreneur, investor and best-selling author of Choose Yourself and Choose Yourself Guide To Wealth. He openly discusses the financial and emotional impact of making (and  losing) money in his personal blog at JamesAltucher.com. 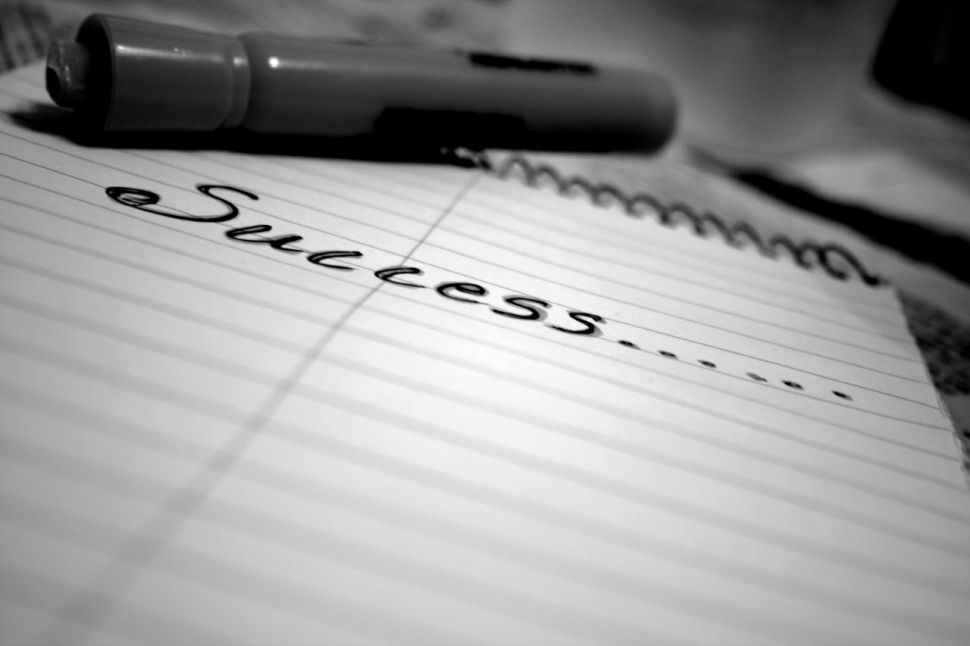