A quote, from “the Internet” –

Did you hear Kit Harington rode a plane that was flying in the general direction of the Game of Thrones set? Did you see his hair? Did you? Did you?? Did you hear the news that today HBO totally tipped its hand by releasing some toy figurines of deceased Game of Thrones characters, and Jon Snow wasn’t even one of them? Sound the trumpets, Jon Snow = alive: confirmed! He has to be, because of the theories and the unresolved plot lines and besides his eyes totally changed color. See, RIGHT THERE at the 0:28 mark. Brown to purple! Wargs! Red witch! Something something R’hooler [sic]

Okay, all that is well and good. But imagine this: What if Jon Snow was just dead? No last minute save, no twist, just dead, and he never came back.

Seriously, imagine it. Imagine the groundswell going into season six. Imagine the fever pitch it will be at by the time we get to that season premiere, set in uncharted territory outside George RR Martin’s novels. No one will know what to expect, but everyone will want Jon Snow-related answers, and they’ll want them bad. And then the first scene is just…the Night’s Watch burning Jon’s body. Oh, they’ll be sad and regretful about it. And as the series continues on, minus Jon, people will bring him up from time to time. “Could’ve smiled more, that Jon Snow,” someone will say like six episodes in, and everyone will nod and agree but it 100% doesn’t lead to Jon rising from the dead or anything. He’s just Ned. He’s just Robb. He’s just a dead Game of Thrones character that is both dead and NOT spiritually bound to his pet direwolf.

Could you even imagine the reaction to this?

I can, and it’s wonderful. Yes, that is incredibly mean-spirited. I know. I’m aware. Rest assured, it’s not because I don’t think Kit Harington is a good actor, or that his hair is anything less than a work of art crafted by the gods worthy to hang in a museum for years. And I don’t think “because it would be really, really funny” is a justified enough reason.

No, the reason is because this whole “Jon Snow Watch” we have running 24-7 is pretty much everything wrong with modern day television, and it’s tiresome. A lot of it has to do with the pulling back of the curtain. These days, we know not only the stars but the recognizable show-runners, the auteur directors, the writers, the star costume designers and stunt coordinators that make TV shows into actual art. Audiences feel like they themselves are part of the process, and because of this no information can be withheld from them. It’s not fair.

Couple this with the binge-model, the Netflix design, the episode-after-episode way of watching TV on any screen you want that’s basically ingrained the idea of instant satisfaction into TV watchers’ heads. “Cliffhanger? What the hell’s a cliffhanger? Is that like the 15 seconds where the Netflix icon asks if you want to keep watching?” I don’t even hate binge-watching! I think it’s an inevitability. But in a world where we already have TV basically IV’ed directly into our consciousness, can we try and show a little restraint?

Remember when we used to be shocked? Remember when toy figurines and a haircut didn’t make the front page of TV news sites? Remember when we let a series’ big climax settle for longer than the closing credits before we were able to ask an actor “are ya dead? Are ya are ya are ya are ya?” Don’t confuse this with passion for a TV show. There’s nothing wrong with that. But at this point if Kit Harington took a shit in a public restroom someone would sneak in to see if it was shaped like a three-headed dragon. “It’s a clue!” they’d write, and their blog would get 1 million page views. Can you imagine if Twitter was as big as it is today when the Sopranos finale aired? Poor James Gandolfini would’ve had people picking through his garbage, finding signs in the leftover eggplant parm.

So I think season six opening not with a twist but with a fire, a literal one, in which Jon Snow is burning and no one is saving him, is not what we want but what we need. Sorry it had to be you, Jon. It would be a welcome reminder that sometimes we’re not supposed to know the details, and sometimes a surprise is a good thing. Occasionally, when a season ends, we’re supposed to be left in the dark. I know the night is also dark, and it might even be full of terrors depending on who you listen to. But that’s okay, people. Get off the plane to Belfast, stop scouring random HBO toy press releases, and let’s go into the dark together. 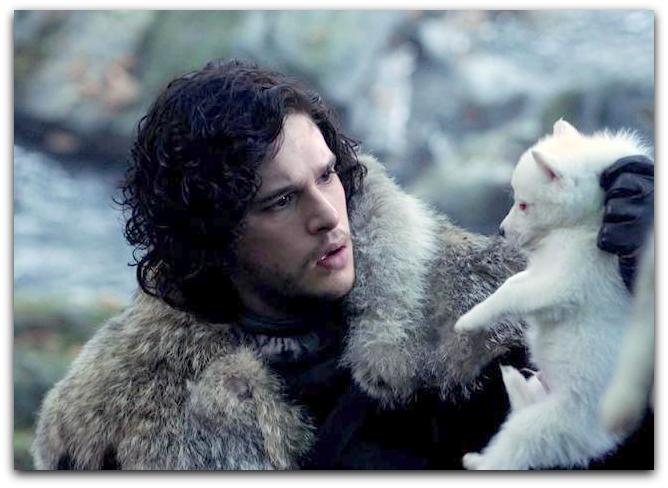