Damnatio Memoriae — damnation of memory — was an ancient and infrequently practiced concept. It entailed the complete erasure of one from history: artworks defaced, names crossed out, statues destroyed. Effectively, the subject ceased to exist: he cannot even be forgotten by history, because he was never part of history. In Ancient Rome, this punishment was only handed out post-mortem for the gravest of crimes, such as sedition and revolution. Traitors, conspirators, and despised emperors suffered this ultimate penalty as payment for their sins against the state – or whoever was in power next. Their deeds were considered such an affront to society that their existence was a blemish on the greatness of Roman civilization. This punishment was considered worse than death. Roman culture viewed suicide as an honorable exit from life and praised glory and honor more than anything else. To be erased from history meant the destruction of one’s legacy.

In the modern era, the Islamic State of Iraq and Syria (ISIS) has essentially issued a damnatio memoriae against Assyria and the past as a whole. In March of 2015, Nimrud, an ancient Assyrian city and nominated UNESCO world heritage site, was bulldozed by ISIS. On March 9th, the capital of the great King Sargon II, which was famed for its unique style, was destroyed. In February, a heartbreaking video emerged of ISIS members taking sledgehammers to priceless, historic artifacts in the Mosul Museum. With each blow of the hammer, art, knowledge, culture, history, and humanity were shattered.

Their motives are clear. As an ISIS militant in the video put it, “These antiquities and idols behind me were from people in past centuries and were worshiped instead of God.” ISIS believes in an absolutist, strict interpretation of the Qur’an known as Sharia. Islam, being one of the three Abrahamic religions, follows the Ten Commandments, the second of which reads, “You shall not make idols.” ISIS’ logic is clear then: idols are blasphemous, so we must destroy them. However, ISIS goes beyond the destruction of unholy figures. ISIS is attempting to wipe out anything before Islam; there is nothing before the wahy of the Qur’an was given to the Prophet.

There was once an Egyptian pharaoh who abhorred the polytheism of his progenitors; he found it disrespectful to the one, true God to pay homage to so many false deities. His conviction was so strong that he changed his name and created a new a capital, Amarna, centered on the real God. Polytheism was discarded for monotheism. The pharaoh’s name was Akhenaten, and his God was the sun, the Aten.

Akhenaten is himself a paradox. He spent his reign striving to rid Egypt of its traditional Gods only then for himself to be erased. The disposal of his legacy was politically and psychologically motivated. His successors wished to view themselves as the redeemers of the old faith. The erasure of Akhenaten enabled them to become the bringers of a righteous new world.

Interestingly, both of these obliterations ultimately failed; after Akhenaten’s death, polytheism rebounded almost immediately, and Akhenaten’s name(s) and deeds are known well to this day. If we are to learn anything from “the Living Spirit of Aten,” it is that despite how hard one may try, the past can never be completely erased.

This is not to say that irreparable damage cannot be done. The precious artifacts ISIS has destroyed can never be recovered; they are lost forever. While images of them may remain scattered on websites all over the world, these physical pieces of history are gone.

Abu Bakr al-Baghdadi, the ‘Caliph’ of ISIS, released a statement regarding ISIS’ mission saying, “It is the war of all Muslims, but the Islamic State is spearheading it. It is the war of Muslims against infidels.” Many followers of the Qur’an do not find this reading of it correct, but it is the hardline interpretation ISIS has elected to follow. Al-Baghdadi’s comments give insights in to the mentality of the Islamic State. ISIS is launching the war to end all wars.

In an article in The Atlantic, Graeme Wood writes, “The Islamic State awaits the army of ‘Rome,’ whose defeat at Dabiq, Syria, will initiate the countdown to the apocalypse.” ISIS is sincerely attempting to herald in the end of days. It is their belief that they should be working towards bringing about Armageddon. The massacres “against Infidels,” the destruction of ancient wonders, and the perceived purification of religion are all in pursuit of this goal.

No one is worshiping the “idols” ISIS is destroying; they are not venerated today as Gods. No active Assyrian temples stand where followers dutifully come to pay worship. ISIS is not destroying a practiced religion; it is destroying a history—or rather, trying to destroy a history. It has decided that no world outside of their interpretation of Islam can or should exist. In this sense, their undertaking is more frightening. ISIS is not simply eradicating all that contradicts with its faith; it is eliminating all that is inconsistent with its worldview. This isn’t a religious war—it’s a civilizational one.

But ISIS can—and should—learn a valuable lesson from history: If the Roman Emperors or the sun-worshiping pharaoh teach us anything, it is that the past can never truly be forgotten. ISIS will never succeed in creating the world it so desires. The people that came before them will always have lived and will always have a legacy. ISIS can and will try its very hardest to destroy the world around it. We should expect more stories emanating from their domain concerning the destruction of priceless, ancient wonders. However, we can take the solace in the fact that we know their endeavor is doomed. While ISIS may succeed at chipping away at history that preceded it, in the end, they will be just another part of history, like those they are trying to destroy. 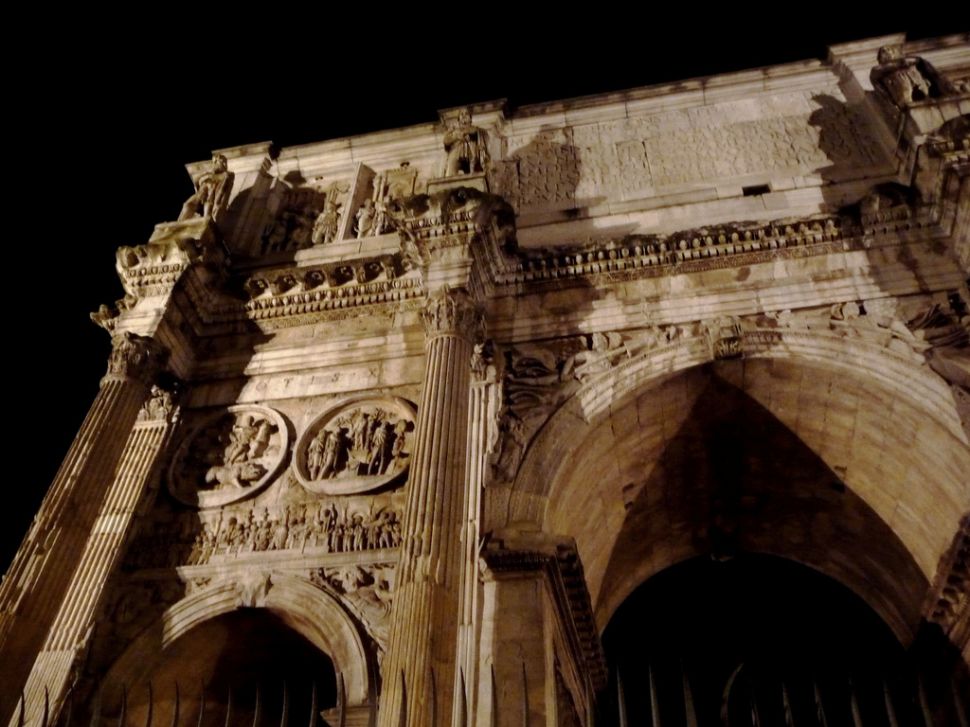