Those dreaded words from across the hall wake us up, as they often do in the middle of the night. Our three year old foster child is having a hard time sleeping again.

This is where it gets really hard. My wife needs sleep, and this little boy does not want me to come lay with him. My relationship with him is great―but his emotional wounds run deep and I’ve yet to pay the needed price for his heavily guarded trust. I’ve pushed it off, seeking momentary gratification, for far too long.

I get up and go in anyways. I open the door and see his shadowed figured in the dark.

It still surprises me that a three year old can be so rude. I go lay by him anyways. His screaming gets more intense.

“GET OUT!” he screams over and over.

Then he begins hitting me and kicking me in a furious rage. The other child and my wife are just across the hall trying to sleep, and I’m trying to calm this emotionally hampered child.

My blood begins to boil as his screaming and punching intensify. The temptation arises to throw in the towel and just leave: “Alright! Have you it your way you little jerk! You can stay in here alone.”

Instead, I pray for discernment, patience, and love. “How can I help this child?” I plead.

He is trying to push my buttons. Trying to push me away and test my love for him. For the past seven months, I’ve taken the easy way out. I’ve abandoned him in reactive frustration.

The thought comes to my mind as I’m laying next to this enraged child: “This is the price I need to pay to reach this kid. The obstacle is the only way.”

I can’t let myself get upset this time. I must gain his trust and confidence. I need to remain calm. He needs to know this behavior can’t get him what he wants in life. I need to be the strong one here.

So I just lay next to him, whispering gently from time to time “I love you,” through his screams and punches.

Eventually, his screaming fades as exhaustion overpowers him.

The Price You Must Pay

“What matters most is not what these obstacles are but how we see them, how we react to them, and whether we keep our composure.”―Ryan Holiday

In most of our pursuits, we are like me abandoning my screaming child. We have yet to pay the required price for what we really want. We submit to instant gratification and halt our progress. We blame external factors and despise the things/people we perceive to be in our way.

Whether it’s spiritual enlightenment, financial freedom, six pack abs, healthy relationships, or simply being happy—until we’re willing the pay the price, we will never really have those things—only the illusion them. There may be shortcuts to “success,” but there are no shortcuts to progress.

You Are The Obstacle In Your Path

“There is no good or bad without us, there is only perception. There is the event itself and the story we tell ourselves about what it means.”―Ryan Holiday

In a similar vein, Stephen Covey said, “We see the world, not as it is, but as we are—or as we are conditioned to see it.”

The only real obstacle in our our path is ourselves. If we saw our situation from a different angle—and if we were better equipped—the obstacles in our way would be doable or non-existent.

“You cannot travel within and stand still without,” wrote James Allen. When you experience a shift in your perception, your external world simultaneously changes to match your perception.

Blaming everything outside ourselves is contagious. We’ve been socially conditioned to do it. A study found that 80 percent of people blame others even when they’re at fault. We do this out of motivation to secure our self-image. And that’s all it is, an image. The false reality we’ve created which will inevitably become a self-fulfilling prophecy.

“The life of every man is a diary in which he means to write one story, and writes another; and his humblest hour is when he compares the volume as it is with what he vowed to make it.”―J.M. Barrie

We will never be able to ascend our mountains of growth and meaning until we face ourselves square in the mirror. This was my realization. These foster kids have problems. But I’ve exacerbated our problems by living in denial of my own baggage.

I wasn’t able to positively influence my situation until I realized I was the only obstacle in my way. Once I discovered this, and yielded to their level rather than forcing them to mine, the situation shifted.

“Do you wish to rise? Begin by descending. You plan a tower that will pierce the clouds? Lay first the foundation of humility.”—Saint Augustine

6 Strategies for Creating the Influence You Desire

We’ve been taught to focus on what we can control and ignore what we cannot. We have not, however, been properly taught that if we change ourselves (what we can control), we can drastically alter what we “can’t control”—our environment and other people.

“Remember teamwork begins by building trust. And the only way to do that is to overcome our need for invulnerability.”―Patrick Lencioni

In his book, The Five Dysfunctions of a Team, Patrick Lencioni explains that a huge inhibitor of progress is the fear of conflict. Yet, conflict is essential for breakthrough and ultimately to move forward.

The problem is, very few people have enough trust to engage in healthy conflict. When you don’t have trust, you can’t be vulnerable. In these relationships, people prefer comfort in the moment and denial of the problem in the long run.

Conversely, when you have relationships of trust, you’re willing to engage in uncomfortable but ideological conflict in the moment to surpass the problem in the long run. In such relationships, you don’t perceive the conflict to be about the relationship, but about the problem. You can rebound quickly and not take the feedback personally. You’re vulnerable, trusting, and willing to grow at the expense of your ego.

Until we gain the trust that facilitates vulnerability, we’ll always be dealing with the branches rather than the roots of our obstacles.

Humility is required to connect with and influence people/children who have little interest in changing. If you can’t control yourself, you’ll get caught in the heat of the moment. Humility challenges you to forego the need to be right and instead seek to be present. The truth is, you don’t have all the answers. If you did, you wouldn’t be in this pickle. So you learn from the situation and adjust.

If you are unyielding, how can you expect others to yield to your influence?

“The road to freedom is a beautiful system.”—Phil Jackson

As a basketball coach, Phil Jackson used a system known as the triangle offense. Within this system, all five players need cooperate, pass the ball often, and constantly move in order to spread the defense and open up the court for plays. “What attracted me to the triangle was the way it empowers the players, offering each one a vital role to play as well as a high level of creativity within a clear, well-defined structure,” said Jackson.

Structure is key. Some believe no boundaries to be the path to freedom. However, the best results come from having the right constraints, which force you to think smarter and be more innovative. When there is no structure there is no clarity or roles, and chaos rather than collaboration ensues.

If you have no system, to where would you direct your influence?

The book, The Anatomy of Peace, explains the fundamental reason some people are quick to anger while others are in control. It all comes down to the condition of our heart — whether we are at war with ourselves or at peace.
In the book, the author tells the story of a Lou Herbert, a sixteen year old boy. Lou’s family had had one family car for several years—a red farm truck. Then one day, the family got a new car. Lou was eager to show his friends, and sensing his son’s excitement, Lou’s father let him take it.
When Lou stepped into the car, he turned on the engine and felt a jolt of excitement. Before leaving, he remembered leaving his wallet in the house. When he came back outside, to his horror, the car was gone. “Didn’t I put it in park?!” he screamed in his mind. He saw fresh tire tracks down the driveway and off the bank into a nearby river. He ran over and saw headlights facing him as the car got sucked under the .
When Lou walked back into his house, he saw his father facing away from him in his armchair reading the newspaper. Lou just stood there speechless. “Forget something else?” his father said. “No.” Lou said, feeling cornered with nowhere to hide. “Dad…” he couldn’t bring himself to speak. “Dad, I — the car…” he trailed off. “I must have forgotten to set the break. The car, dad! It’s in the river! I’m so sorry!” he said bursting into sobs.
What happened will be forever seared in Lou’s memory. His dad didn’t turn around and didn’t even lower his newspaper. While turning the right corner of the newspaper page, he said calmly, “Well, I guess you’ll have to take the truck then.” In that moment, Lou realized his father’s heart was at peace.

“I teach them correct principles and they govern themselves.”—Joseph Smith

Most parents and teachers focus on behaviors. They’d be better off teaching guidelines for behavior: Principles.

Rather than micromanaging behaviors, the goal is teaching self-governance. When people understand principles, their behaviors change organically. They don’t need to be told what to do in every given situation because principles guide behavior in multiple contexts.

You can’t force people to change. Ultimately, they have to come around on their own terms. But that doesn’t mean you should abandon them in their searching.

Doing nothing was the effective response while my foster child was kicking and screaming at me. I just sat there and made sure he knew I wasn’t going anywhere. That’s what he was testing me on. Would I leave him alone like everyone else has his entire life? Am I going to always be there? Can he trust me?

I didn’t need to say anything. Words often get in the way of influence. Some of the purest altruism is just being with someone in their suffering without trying to console or fix it. But letting them know they’re not alone and helping them gain the trust needed to be vulnerable and malleable.

Benjamin Hardy is the foster parent of three children and the author of Slipstream Time Hacking. He’s pursuing his Ph.D. in organizational psychology. To learn more about Mr. Hardy, visit www.benjaminhardy.com or connect with him on Twitter. 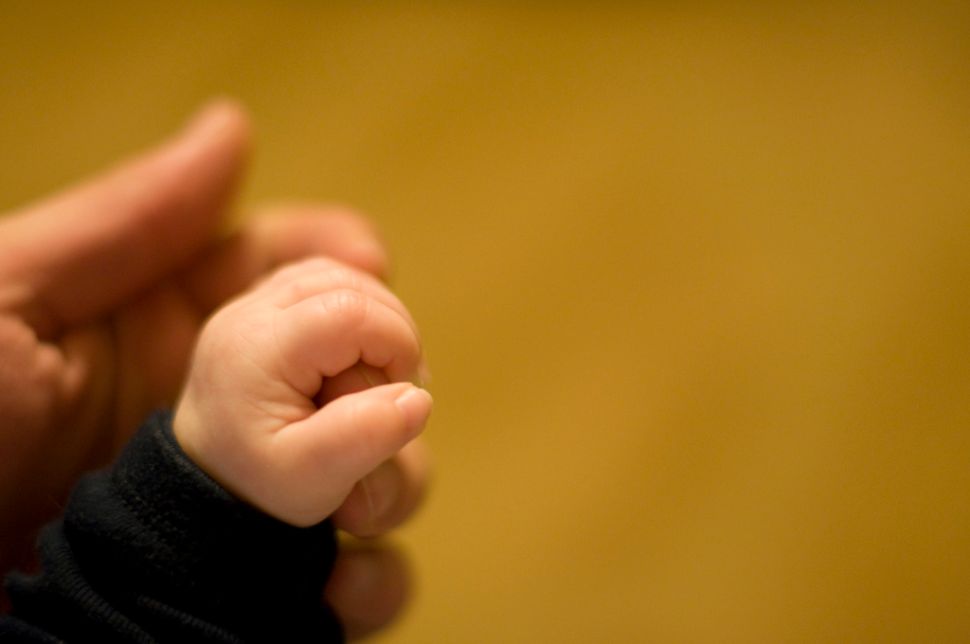