My problem with waking up started 17 years ago. I wish I could explain it to you in a way that doesn’t make me sound insecure and sensitive beyond all imagination, but I can’t. When I try, it takes three thousand words and lots of angst, and it’s not really what I want to write about anyway. So I’ll just give you the facts:

If I can start waking up early every morning, anyone can.

One. I realized getting up wasn’t really the issue.

More than a month ago, I told my friend Brooke how waking up was a constant struggle for me. (We recorded our conversation in a podcast.) I didn’t think much of it after that.

A few weeks later, I had a talk with my dad about it, and he mentioned it sounded like I might be depressed. Since I wasn’t crying every day or planning to die, that label hadn’t occurred to me. It got me thinking.

I was sleeping 10 hours or more every night, and I was still tired. (I had been doing this for 17 years.) I never wanted to get up and start the day. I avoided leaving the house. I avoided seeing my friends (I preferred calling this “being an introvert”). I skipped meals (I usually only ate snacks during the day until John made us dinner at night). I didn’t want to do anything that involved physical movement.

So…depression? Maybe. With that revelation, I did what I always do —I searched for a book about it. I read a lot of them (the one that changed things for me was this one —highly recommended, not just for depression-sufferers), and I started to make changes in my life.

What it really means is that often, the problem isn’t the problem, but it’s a symptom of a bigger problem. We need to ask ourselves: What is the problem, really? Is it waking up in the morning, or is it something else? How can we deal with that, first?

Two. I made a commitment for five days in a row.

I didn’t start to wake up early by deciding to wake up early. I started by committing to help out at a summer camp for a week. The camp started at 9am every morning, and I had to be there by 8:45. (Many people have jobs that provide this structure, but because I am self-employed, I do not.)

When the week of summer camp was over, it still wasn’t easy for me to get up on my own, so I made another week’s worth of commitments with my early bird friends, meeting them at the library or the beach or the museum.

After two weeks, I don’t need the commitments anymore. I am easily getting up on my own, even before my alarm goes off.

Three. I used my phone addiction for good.

There are two problems with waking up in the morning. The first is remembering that you want to do this when you’re groggy and full of hatred for the world (my usual morning state). The second is staying awake.

To solve both of these problems, I decided to use my iPhone for something it is quite good at—distracting me from my feelings and sucking me into its hyperlinked depths.

At 7 a.m., I hit the snooze button, but instead of using it to get more sleep (which only makes me sleepier), I use it as a timer to tell me when app-checking time is over. (There’s only one thing worse than sleeping late when you meant to get up early, and that is using all of your awake time drowning in status updates.)

Four. I made best friends with the sun.

After I’m done with my nine minutes of app-checking, I delete my apps and officially get out of bed. But I don’t get in the shower right away. Instead, I throw on my robe, go outside, and write.

Getting half an hour of sunshine in the mornings has made all the difference in adjusting my body clock from night owl to early bird. It also makes me happier and gives me more energy, and all I have to do is walk out the door.

Five. I made mornings fun.

I decided to wake up early enough to give me time to have the morning of my dreams. For me, this means having time to read and write and eat breakfast…all before anyone else gets up.

Luckily, I don’t have to drive to work, and everyone in my family likes to sleep late, so 7 a.m. is early enough to make those things happen for me.

In an ideal world, I would be including exercise in my morning routine, but I haven’t yet attained exercise enlightenment. One thing at a time. My goal right now is to wake up consistently, and making mornings fun keeps me doing it every single day.

Six. I said yes to an early bed time and no to naps.

I thought going to bed early would be the hardest part, but it happened naturally once I started waking up at 7am every day. I actually enjoy getting to say “I’m going to bed everybody!” at 10:00 and then reading for an hour before falling asleep. The real hard part was avoiding naps.

For the first week, my body craved naps. At first, I gave in to the craving. It was so all-consuming, I couldn’t imagine doing anything else but take a nap at 2:30 in the afternoon. But when I did, I wasn’t at all tired at night. I stayed up to my usual 1 or 2 a.m., which resulted in looks of pure evil being shot at my alarm clock the next day (FYI: looks of pure evil is the Sarah-equivalent of a dozen f-bombs; it’s about as bad as it gets).

To fix this problem, I started going out in the sunshine whenever I got a craving for a nap. I also drank a glass of . If that didn’t work, I called someone on the phone. By the end of the first week, I had no more nap cravings.

Seven. Yes, I even woke up early on the weekends.

I thought this would be hard, but 17 days in, it’s turning out to be the best part. My weekends are like a wide open plain, and I am like a gazelle, prancing in the fields. Or something like that.

Early morning weekends have changed my life. I get to go to the farmer’s market before they run out of corn on the cob, for one thing. For another, I don’t wake up Monday morning regretting the fact that I spent my whole weekend in my pajamas on the couch.

Eight. I made these changes slooooooowly.

Week one, the only thing I did was get up and go outside at 7am. In my bathrobe, even. And no naps.

Week two, I added waking up immediately rather than letting myself snooze.

It’s week three now, and I’m dealing with something not related to getting up in the mornings at all, which is my habit of ruminating. (Ruminating is that thing where you think about something over and over in your mind. I do this a lot.)

When I notice myself ruminating, I do something to distract myself from it, like read a book or watch a movie. I let myself ruminate once a day, in the mornings, in my journal. The rest of the time, I don’t worry about a thing. Or at least that’s the goal I’m working toward.

I still don’t get dressed first thing in the morning. I still don’t take showers until noon most days. But I can tackle these another day, another week. Right now, I’m getting up at 7 a.m. every day. That is victory enough for me.

I’m so much happier as an early bird

And it’s not because early birds catch the worm, or anything like that. It’s because sleeping late is a deeply-rooted trigger that makes me feel bad about myself. It has all sorts of negative feelings attached to it, which drag on to the rest of my day.

When I was a little girl, I woke up bounding out of bed, ready to start the day. By waking up early, I’m getting closer to that little girl. Since that’s pretty much the goal of my adult life, I’ll take it.

Sarah Bray is a writer and creative strategist at gatherthepeople.com and the co-founder of everybranch.is. You can follow her on Twitter @sarahjbray. 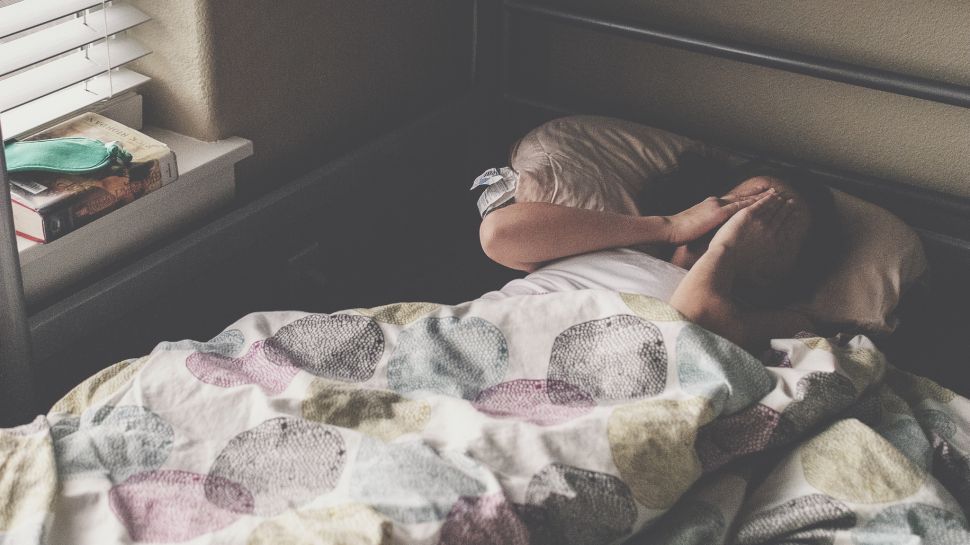