At least six years after Mayor Michael Bloomberg began calling for the Lower Manhattan Development Corporation to be disbanded, the much-maligned entity responsible for redeveloping the area around Ground Zero has dropped yet another ball: now it may not even build the arts center that was long promised as part of the redevelopment.

At a board meeting last night the LMDC President David Emil handed down the news that the $99 million in federal funds were contingent on the art center’s management being able to come up with about $100 million more on their own, the New York Times reported.

The LMDC also wants to scale down the planned center, which has been delayed (obviously—it’s been 14 years since the towers fell) and already curtailed.

“We are looking forward to seeing whether this can be brought to a successful conclusion,” Mr. Emil reportedly said at the meeting.

Last fall, the arts center brass scrapped Frank Gehry designs for the project, which is also delayed because the site is occupied by the temporary World Trade Center PATH train station.

Maggie Boepple, president of the Performing Arts Center, acted unfazed by the news that her organization was on the hook for an additional $100 million, saying they’ve already got a new architect picked out, whom she declined to identity to the Times, and that that architect already has scaled down plans underway.

Still, there are signs the protracted project may finally be coming together: the board is adding members, according to Ms. Boepple, and donations are coming in, she said, although she also would not identify donors who have pledged to support the center.

The performance space is also eclipsed by the slew of other, more exciting arts centers under construction in Manhattan, with larger budgets. Those include Culture Shed, near the Hudson Yards, a $400 million multidisciplinary space.

As the New York Daily News reported, the Hudson Yards development on the Far West Side has largely stolen Lower Manhattan’s thunder, of late. Related Companies and Oxford Properties are spearheading the massive project, which has been called a “city unto itself,” and will cost approximately $15 billion to build, over the next nine years. In nabbing funds (with the assistance and support of Mayor Bloomberg), blue chip commercial tenants and dining by Danny Meyer, in addition to planning the prestigious arts venue, ground zero for culture appears to be shifting away from Ground Zero, to the north and west. 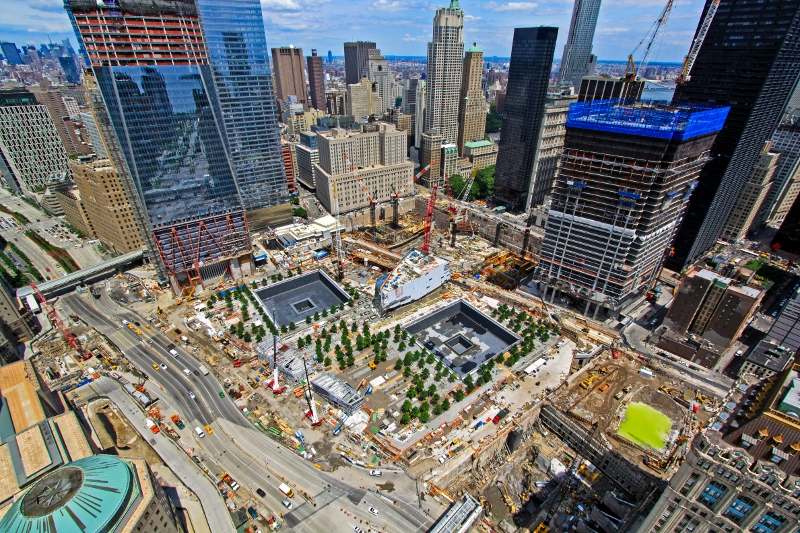