The official summer calendar is suddenly exploding with the first-ever full-length production of Off the Main Road, a lost play by the legendary playwright William Inge that has just opened the 61st season of the Williamstown Theatre Festival. Starring Kyra Sedgwick and Estelle Parsons, and directed by Evan Cabnet, this polished production arrives with the excitement and promise of a historic event. As a recently discovered addendum to the legacy of the Pulitzer Prize-winning author of Picnic, Come Back Little Sheba and Bus Stop, as well as the Oscar-winning screenplay for Elia Kazan’s great 1961 film Splendor in the Grass, the anticipation for this hot-ticket production is understandable. It is my doleful duty to report that Off the Main Road is a flawed and clumsy play, not the triumph I hoped for. Still, it very much deserves to be seen and heard, and is worth a trip to the lush green Berkshires to do so.

Written almost a decade before he committed suicide in 1973, this is not Inge’s final play, but it was part of the beginning of a downward turn in his canonized career that left him a literary cripple. Like Tennessee Williams, critics have shamefully given him a bad rap recently that is undeserved, but it is true that his final plays (Natural Affection, Where’s Daddy?) did not meet the impeccable artistry of his early work. Off the Main Road shows the same regard for troubled women in a changing society that marked his skillful, better written successes, but its melodramatic excesses and uneven rhythms make me doubt if this perfectionist among playwrights ever intended it to be resurrected and produced without fine-tuning. It smacks of soap opera histrionics, superficially developed characters, blunted, long-winded speeches—and seems polished off in shorthand. Kyra Sedgwick is wonderful to watch even when she is less than equally wonderful to hear (a problem with several other members of the miscast company).

The time: 1966. The setting: a remote cottage in a wooded area on a lake 30 miles from St. Louis where Faye (Ms. Sedgwick), an elegant, shapely former debutante with a black eye arrives, hoping to hide out from her abusive husband Manny, a former professional baseball player with the Cardinals who was once a hero and sex magnet for Faye but now, forgotten and idle, battles an anger management problem that is wrecking his marriage. Faye is joined by Julia, her daughter from a first marriage, who attends a convent school. Julia (an excellent Mary Wiseman) is a lonely, awkward virgin who is terrified of boys and has problems of her own to resolve. The third woman who drops in to stir the fudge is Faye’s strident, overbearing and domineering loudmouth mother who disapproves of everyone and everything, played by the indomitable Estelle Parsons, who seems to be the only one onstage having any fun.

The incessant talk has flashes of wit, but the play fails to move deeply enough into character development or fast enough for dramatic impact. The whole thing begins to fall apart at the end of Act One, when a sexually aggressive cab driver named Gino kicks the door open and ravages Faye with animal lust, and she actually seems to love being manhandled. Faye is lonely, but the severe reversal of character defies credulity.

Implausibility accelerates in Act Two, when husband Manny murders Gino, daughter Julia loses her virginity to the housekeeper’s son (Daniel Sharman, in one of the evening’s most charismatic turns) and breaks his heart to become a nun, and Faye slows down the action with a lengthy, superficial conversation on the floor with a peripheral character—the clichéd gay best friend, played by Howard Overshown, an actor who speaks in a whisper so soft not even a dog can hear him. Faye eventually packs up to go back to her violent husband because she doesn’t know what else to do, telling her mother, “I won’t ask you to understand.” Ms. Parsons has the last word when she throws up her hands and announces to the entire audience: “It’s beyond me!”

It’s painful to see the restless audience in a William Inge play agree, with such unintentional laughter. Still, the seasoned Estelle Parsons, who has experience as a director as well as a great actress, adds both ballast and balance to the uneven proceedings by speaking clearly and precisely without a single wasted moment. Meanwhile, as everyone talks about how sexy Manny is to change Faye’s life so dramatically, the role is played by the hopelessly miscast Jeremy Davidson, an actor so ungainly that the character can’t be taken seriously. Mary Wiseman is neatly controlled as a girl changed by the intensity of her first sexual affair. With her satiny blonde ’60s wig, fine features and lithe figure, Kyra Sedgwick holds attention in the center stage spotlight, despite a role best described as an emotional seesaw. She is beautiful, graceful, charming and lost—like Off the Main Road itself. 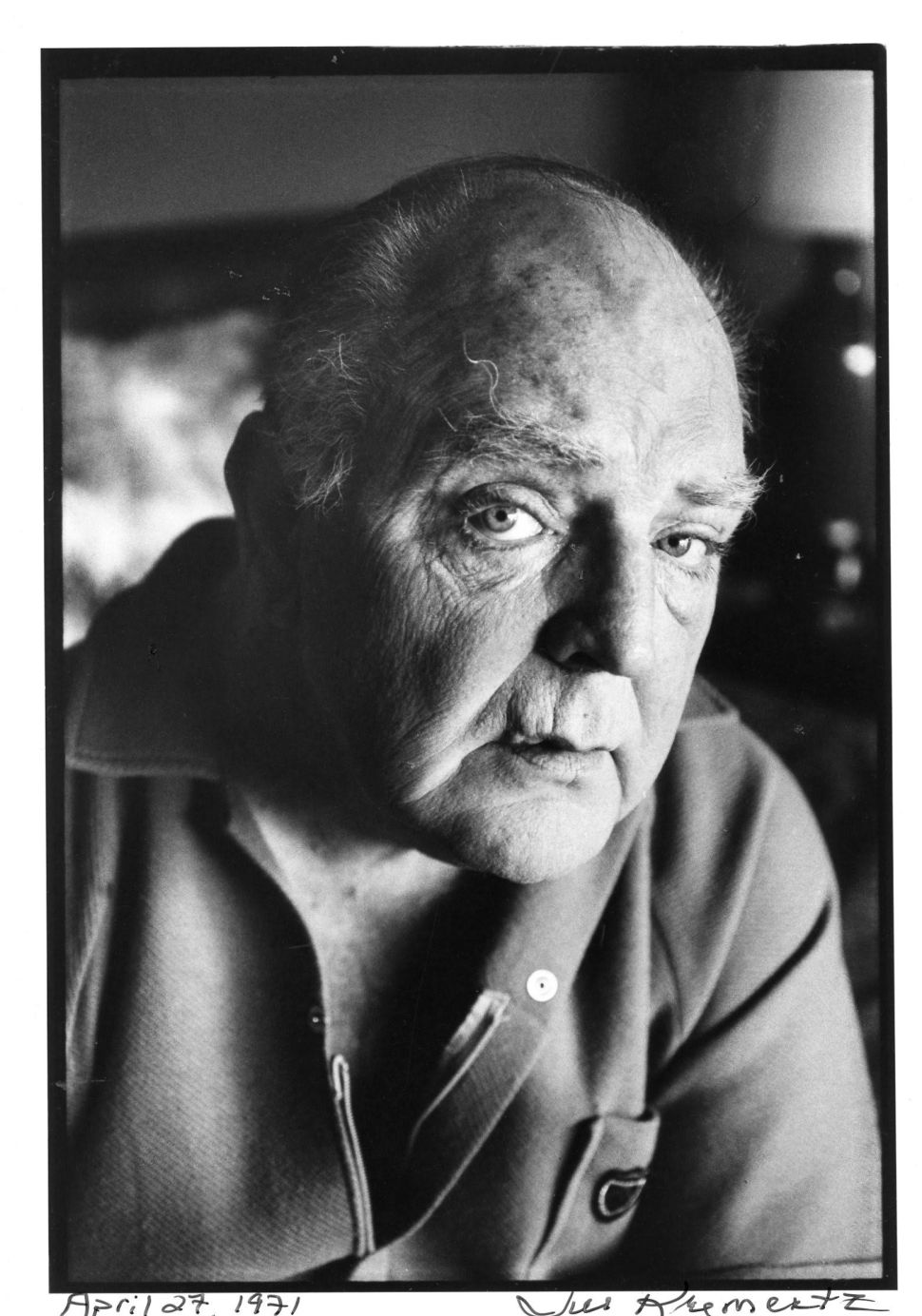