Many authors are freaking out that Amazon is threatening their place at the top of publishing. They are circulating a letter that will go to the Federal Trade Commission that makes an extensive argument that the dominance of Amazon in the book business threatens democracy, free speech, God, country and apple pie (probably). The problem, though, is that while bestselling authors may not like 2015’s new normal, Jeff Bezos’ world is better for readers and writers en masse.

The group of writers behind the letter, which calls itself Authors United, is arguing, in short, that Amazon controls so much of the market that it’s becoming the main seller of books and using that clout to hinder their supply. Though, so far, Amazon has only curbed that supply of books when the company believes publishers are overcharging consumers.

There are also a few other facts that the authors leave out: that there are more titles getting published and more money being made by more publishers than ever before. These facts are spelled out in detail in a 2012 report from Techdirt called The Sky is Rising.

It’s difficult to make the case that Amazon is shrinking the world of ideas in light of these facts:

In fact, when title volume grows a lot and revenue grows a little, it’s easy to see what’s really going on here: tiny presses and self-published authors are using the e-book format to cut into big publishers’ dominant position. Which connects well to a part deep in the letter where we start to get to the real meat of the authors’ objections. In the section headed, “Amazon’s Practices Affect the Quality of Books,” they write:

Amazon also uses its monopsony power in ways that weaken the economic system that has supported American writers and the publishing industry for more than two centuries, threatening the production of well-crafted, well-edited, accurate, and consequential books.

Paul Krugman (also an influential author), has written more about Amazon’s monopsony on his blog. You know it’s an important argument because it leans on a word you don’t recognize.

The authors’ point (also argued in a shorter version of the letter) is that the traditional publishers do a better job of writing and publishing books than theses lumpen stealing their market share does. So, they argue, Amazon hurts consumers by temporarily denying readers access to volumes superior enough to sustain the whole enterprise of writing, despite these lackluster johnny-come-latelies. The argument becomes specious as it proceeds: “Common sense tells us that Amazon’s hinderance of books published by particular companies harms the interests of readers, as ‘consumers’ of books. Common sense also tells us that readers are harmed when Amazon’s actions cause a decline in the availability of well-crafted, carefully edited books.”

The scribes of this epistle notably fail to mention what Amazon got into its fight with Hachette over: the cover price of e-books. Amazon pushed big publishers to charge no more than $9.99 per e-book, a product whose only marginal cost for a publisher was the cut Amazon took, which it keeps as a percentage.

In other words, Amazon actually fought to make less per sale of e-books.

So who was on the consumers’ side?

It is true that consumers were temporarily denied access to Hachette’s books, through Amazon, during this time. It’s also true that it’s not the first time Amazon has stopped selling products from a given publisher. There was no indication that the ban would ever be permanent. Amazon hit the company where it knew it would hurt, but Team Bezos blinked first, which suggests that the company never meant to censor the publisher, though it was willing to fight a bit dirty.

Authors United would have a point if they could show that Amazon had ever shut down a publisher because of the content of what it was publishing, but there’s no sign of that. In fact, Brad Stone’s book, The Everything Store, is up for sale on the site now, and it’s probably the most critical and widely read critique of the company to date.

Yet, Amazon is happy to sell it to you.

In fact, Amazon “carries” (after one fashion or another) almost every title ever, not a boast than a traditional bookstore could have ever made. Those stores were constantly making choices about what not to stock. Was that censorship or shelf space? Amazon, with infinite shelf space, has gotten very creative about finding ways to carry as many titles as possible, vastly more than any seller could carry before the Internet.

Some historical context: when I was in high school in the mid-90s, I worked at a little bookstore in a little mall in my little hometown in Southeast Kansas. I learned, at that time, that books had a dominant middleman of that era. Ingram was a company that did pretty much all of the distribution of books to bookstores.

My little store got a visit from Ingram in those days, because we were on the cutting edge of making use of its nascent information system. Every week they sent us a disc with all the books in their warehouses, some very basic metadata about each book and the number of copies it had in each warehouse (which gave us an idea of whether the book was likely to show up if we ordered it).

Most bookstores just kept that data in their back room. We put it on a terminal in the middle of the store. If anyone wanted a book on something and they couldn’t find it on our shelves, we’d see if we could find something on the disc. If we could, the boss would try to order it and, if it showed, we’d call them to come pay for it and take it home. This increased our volume of sales of fairly random titles, in a way the company noticed and liked.

The one-disc-a-week system was a creaky system, but it foreshadowed Amazon’s world, one where readers realize that, while browsing is a nice activity for a free Saturday, getting exactly what you want quickly is better.

Yet there was nothing about Ingram’s system that challenged the basic structure of the book industry, so there was never an Authors United decrying its dominant position in book distribution, despite the fact that the decisions it made about which books to inventory had a powerful effect on which books readers might buy.

The authors’ silence in that era suggests that the diversity of ideas or the health of the world of letters may not really be the driving motivation behind the Authors United letter. It might instead be fear of a future in which a small clutch of authors will not be able to enjoy the primacy they had in the bookstore world. 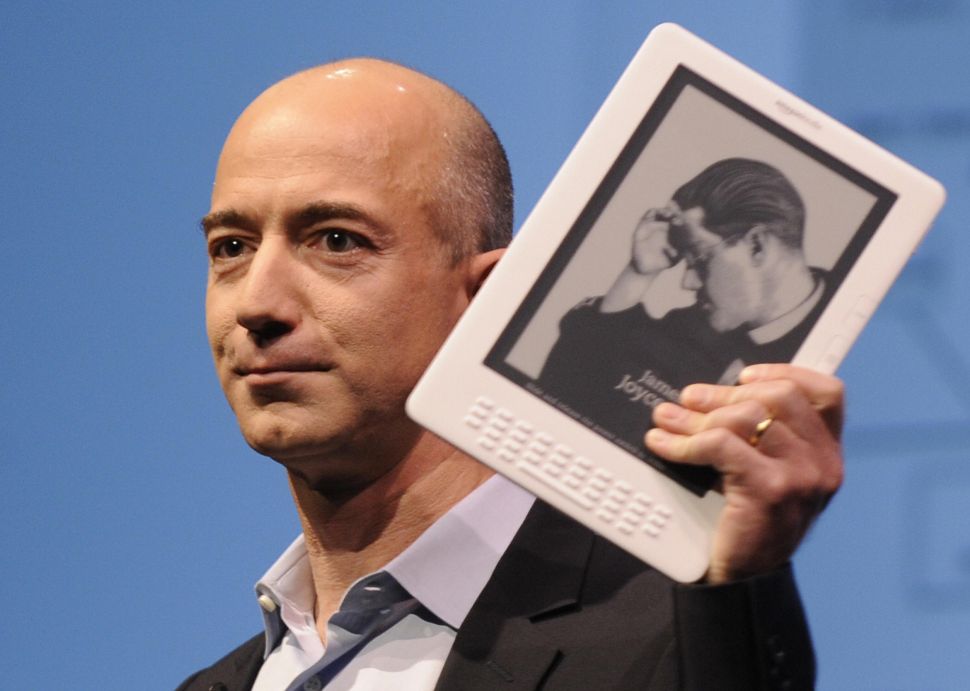