Members of the Magic: the Gathering community are learning that NFL athletes are not alone in the world of competitive games when it comes to new standards of conduct for players outside of the locker room.

Magic: the Gathering is a card game with a separate online platform produced by Wizards of the Coast, a subsidiary of Hasbro. With annual revenue estimated at $250 million, Magic is one of Hasbro’s more profitable brands – and its popularity and revenue are growing. In their 2014 Q3 investors report, Magic’s growth was noted within the company’s Games category, which as a whole saw an anemic 2% uptick in revenue to $395.2 million.

This growth can be attributed to the purchasing power of their core demographic, 18-34 year olds, comprised largely of men. Despite the reductive mainstream media portrayal of the Magic community as “nerdy,” the folks who play this game are serious people. Walk into a local Magic event, and you will find attorneys, engineers, construction workers, artists – Magic is a game with broad appeal. And many of these folks view Magic as more than just a game – it’s an investment opportunity, where the value of cards can fluctuate, and there are opportunities to make a major real-world profit if you know how to speculate and are willing to go all in.

But it’s that same level of savvy that can, and has, worked against Wizards of the Coast in the past. In 2013, when the “Magic Online Championship Series” crashed, kicking out every player, the community didn’t take it sitting down. The value of digital Magic cards dropped 11% overnight in response to what players considered to be the poor quality of the gaming and customer service; an opinion that seems ubiquitous among the community as a whole.

Any brand with a following as loyal as Magic’s can expect their customers and fans to scrutinize their every move. Folks who play have a lot of time and money invested in the game. They want to know that their investments are safe, but more importantly, they want to know that the environment for all players is fair. That’s why a recent decision by Wizards of the Coast to ban an up-and-coming player has ignited debate in the community on the fairness of the company’s policies and procedures.

On May 10, a Magic player named Zach Jesse made the Top 8 in a Grand Prix hosted by TJ Collectibles in Atlantic City, NJ. For those unfamiliar with Magic, suffice it to say this is no easy feat. Magic events at this level are staggeringly well-attended, with fans filling up ballrooms of convention centers in cities around the country. While Jesse was playing, a Magic blogger and Star City Games contributor began firing out tweets discussing Jesse’s criminal record:

This set off a firestorm on Magic message boards and Reddit. A man purporting to be Zach Jesse created a thread on a Magic sub-Reddit where he gave a brief explanation of his criminal record and discussed his life following the incident ten years ago. On July 1, Wizards posted their updated “Suspended DCI Memberships” list, and Jesse was listed as being banned effective July 1 through January 1, 2049. Wizards of the Coast issued the following statement through Reddit user /u/trickjarrett:

“We work hard to make sure all players feel welcomed, included and safe at our events so that they can have fun playing Magic. We don’t generally comment on individuals or provide position statements in the abstract, but we take action to address player issues and community concerns when we feel it is necessary.”

DCI is the sanctioning body within Wizards of the Coast – they certify judges for events, set out rules of play, and manage player information. Formal guidelines that govern who can be suspended from play don’t seem to exist, except through popularly-accepted standards communicated via word of mouth. Some actions that are universally regarded as being offenses a player can get suspended for include stealing from other players, cheating, and intimidating/threatening fellow players.

According to an old thread on reddit, the suspended players list used to contain the reason for a player’s suspension, but they were vague and phased out several years ago.

This writer spent some time identifying lengthy suspensions, and digging around the internet to figure out why they were issued. The findings were nothing short of bizarre. For example, one player was banned in June of 2012 through June of 2112 – it seemed that player had been sentenced to a lengthy stay in prison for soliciting sex with minors. That hundred-year sentence was lenient compared to those I found for a number of young men whose bans extend through December 31, 9999. According to several Magic message boards and Reddit threads, these young men were part of a group that stole fellow players’ backpacks at a Grand Prix event.

After reading discussions on message boards and speaking with several Magic players, one word seems to sum up the sanctioning process in the Magic world: arbitrary.

Magic should be a safe and inclusive community, and having a registered sex offender as a prominent member of the community chills progress toward that goal.

Players dissatisfied with the way that Wizards handled the suspension of Zach Jesse point to Patrick Chapin, a Magic player elected to the Hall of Fame in 2012 who has written two books on the game and who spent time in prison on drug-related charges in or around 1999. Without getting into the specific charges levied against either man or relitigating their cases, at the heart of the debate is the fact that both men were convicted of felonies and spent time in prison, and both of them purport to have tried to make amends, yet one is heralded as Magic’s golden boy while the other is shunned by the community with no real explanation from the DCI. Many players posting in online forums take this to be an indication that they and their friends are not safe from what they perceive to be dangerously subjective standards of conduct determined behind a veil of secrecy.

People in favor of the ban issued against Zach Jesse point to the fact that Magic should be a safe and inclusive community, and having a registered sex offender as a prominent member of the community chills progress toward that goal. Blogger Rich Stein of Hipsters of the Coast is in this camp, and penned a lengthy piece dissecting the issue. The heart of the issue, he argues, is the perception that Magic provides a safe and inclusive environment for players. He also defends the decision of Wizards of the Coast to ban Jesse from sanctioned play as a move in service of protecting that perception, as well as their brand.

Ultimately, Zach Jesse is a vehicle for a long-simmering debate in the Magic community – a total lack of transparency and comically ambiguous standards for suspending players from sanctioned play. The community has demonstrated before that their dissatisfaction and lack of confidence translates to dollars lost for Wizards and Hasbro. At the end of the day, it is the prerogative of Wizards and Hasbro to protect their brand, and those who play understand from the beginning that they’re entering a universe in which the company calls the shot.

However, if Hasbro like to see continued growth in revenue, the company should address this debate and abide by their statement that they are committed to “[making] sure all players feel welcomed, included and safe at [their] events.”

CORRECTION: This story has been revised to reflect the event mentioned was hosted by TJ Collectibles, not Star City Games. The Observer regrets the error. 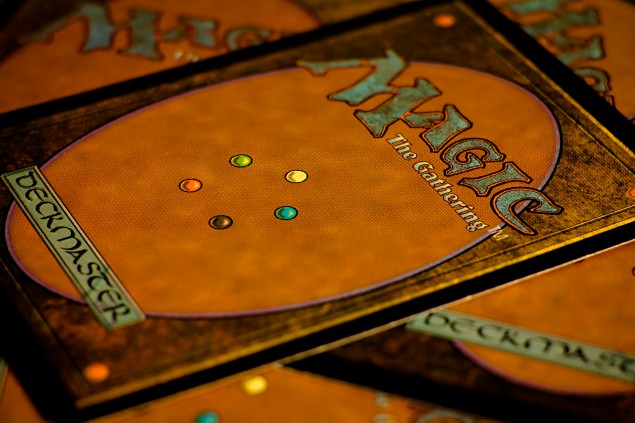