At a conference some years ago, I was approached by a tall man who was a few years younger than me. He smiled and said, “Stuart, I don’t know whether you remember it or not, but you fired me once.”

Twenty-five years before, I had been an administrator at a residential school for children with behavioral disorders. It was a private non-profit organization that took very difficult cases, children whose violent or self-injurious behavior had eliminated them from many other programs. I was in my late twenties, and due to the nature of the work, most of the staff were also quite young. Among other things, my duties included the unpleasant task of telling people they no longer had a job.

There were two of us assigned to do the firing, a woman I’ll call Linda and me, and we got to be very good at it. The school’s budget was directly tied to the substantial tuitions charged for the children, and when kids left the program or when payments from state and municipal departments of education were delayed, the quickest way to bring expenses in line with income was to lay off staff. We couldn’t stop paying rent on the building or buying food for the kids, but we could usually get by with fewer employees. As a result, there was tremendous turnover at the school: when we weren’t firing people, we were hiring people.

Sadly, I did not remember firing my fellow conference-goer — I’ll call him Peter — and my first impulse was to apologize.

To my surprise, this former coworker was sanguine.

“No, it’s OK. Everything worked out. I’m a college professor now, and you were very nice about it at the time.”

Today there are management manuals that tell you how to fire people. You’re supposed to have witnesses in the room; you’re supposed to avoid praising the employee’s work too much; and you’re supposed to be sympathetic but not too negative — else the dispossessed employee might become distraught and violent. Linda and I did not have the benefit of any of this training. We were making it up as we went along, but apparently we did a pretty good job. Once, while being let go, a soon-to-be former employee turned to Linda and said, “Gee, I’m sorry. I can see this is really difficult for you.” The woman was being fired, but she felt the need to comfort her firer.

If you are a supervisor, it is inevitable that, at some time or another, you must bring people bad news. You will have to tell them that they need to do a better job, that they can’t do something they want to do, or that — in the worst cases — their employment is ending. The director of our school was seen as something of a loose cannon. He was brilliant and driven, but also somewhat impetuous. Linda and I were his humanizing counterweights, charged with softening the blow to staff when bad news was unavoidable.

We had some natural strengths to bring to the role of bad news bearers. Both Linda and I had started out at the bottom as entry-level care workers. When you have come through the ranks, doing your time with adolescent students who regularly tried to bite you, pull your hair out, or pound their own heads against hard objects until they split open, you gain a certain respect. There is something leveling about knowing your supervisor has also had to clean up a resident’s fouled bed at 2:00 a.m.

In addition, we were a tight-knit group. Staff members regularly partied together after hours, and many relationships and marriages were launched at work. Linda and I both married co-workers. As a result, we often knew the people we were firing quite well, and I am sure this familiarity tempered the way we approached our task. It was easy for us to imagine what the loss of a job meant for the person on the other side of the table. Because most of the staff were young, few of them had mortgages or children, and in those instances where the employee was supporting a family, we agonized over the decision.

Finally, our position was made a bit easier by the craziness of our boss. Everyone knew he was smart and creative, but also unpredictable. The organization he built, while successful in many ways, produced an unstable and often frustrating work environment. In addition, most people understood that Linda and I and the majority of the other employees were doing our best to fight against the chaos. We were bound together by our love of the kids, and each of us did our part to make things work as well as possible for them and for us. As a result, when Linda or I invited employees into our offices for a final conversation, they usually trusted that we had done everything we could to avoid that moment, and they attributed the harshness of the act to the boss and the uncertainties of the business rather than to us.

I may have handled Peter’s dismissal well, but it said something very revealing about him that he would approach me — in a public place — with a smile and a handshake. No matter what the circumstances, some people would still feel bitter about being fired and would want to avoid anything that might remind them of it. Peter seemed more interested in reconnecting with an old acquaintance. He was clearly comfortable with his past, and now he wanted to know what had had happened to me.

In a follow-up conversation over email, Peter admitted that being let go was a substantial blow at the time, and the experience left a lasting impression. After all these years, he retained a detailed memory of an event I had completely forgotten. In his view, the mere passage of time had been the most important factor. It had been a quarter of a century since we last spoke. Over the years, he had come to understand that whatever led to his being chosen for dismissal had been the work of a much younger version of himself.

Although I did not recognize it, we had been traveling in the same professional circles for much of the intervening time, and eventually he reached out and reintroduced himself. After talking to him at the conference and in email, I could not avoid a lingering sense of discomfort about the role I played in an unpleasant episode of his life, but my strongest reaction was one of appreciation for Peter as a person. For the way he had moved on from this event, and for the spirit of generosity he displayed now, so many years later. Spoken by a different person, his opening line, “…you fired me once,” might have felt like a small act of aggression — a bit of revenge. But coming from Peter, it was nothing of the kind. It was simply a statement of fact. The acknowledgement of a lasting connection between us, and a very effective way to start a conversation. If I’m ever in a similar situation, I hope I handle it as well as he did. 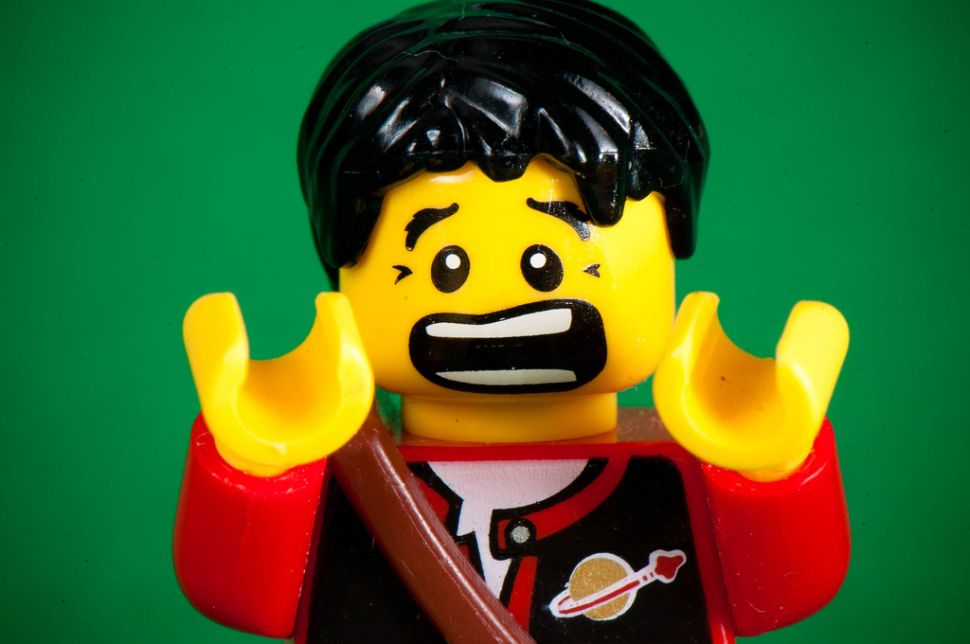