One hundred years ago today, on August 17, 1915, Leo Frank was kidnapped from prison in Milledgeville, Georgia by the Knights of Mary Phagan, a revitalized Ku Klux Klan group of prominent men from Cobb County, Georgia, where Frank was transported to nearly 170 miles away, and lynched.

Thousands of African-Americans were lynched throughout the south in the early 20th century without any sort of reprimand to those that committed these atrocities, often-authoritative leaders of their own communities. The case of Leo Frank was no different in that regard, yet the circumstances of Frank’s infamous murder and imprisonment were rife with anti-semitism, class warfare, sensationalism, and hysteria, which engulfed early 20th century America.

On April 27, 1913, a night watchman discovered the lifeless body of 13-year-old Mary Phagan in the basement of Frank’s pencil factory. Phagan was one of the many child laborers from rural areas who worked in the industries of Atlanta for low wages under deplorable conditions while elite business leaders reaped enormous profits. Conditions in Atlanta at the time were perfect for the injustices that were to occur regarding Leo Frank. Resentment over the exploitation of children workers was at a boiling point; the police force of Atlanta was under pressure from criticism about a high unsolved murder rate; the prosecutor, Hugh M. Dorsey, was eager to make a name for himself; and local newspapers capitalized to rally support against the wealthy northerner Jew who ruthlessly tainted the innocence and honor of a southern belle.

The nearly unanimous consensus of contemporary researchers is that Frank was wrongfully convicted. “Leo Frank was a classic scaoegoat.The case came at a time when traditional agrarian Georgia was being threatened by the forces modernity represented by Atlanta.  the changes inflicted on the south by industrialization helped incite the atmosphere of hysteria,” Thomas Doherty, Professor of American Studies at Brandeis University, told the Observer in a phone interview. “Even compared to standards of the day, the forensic evidence was completely botched, leaving Frank’s guilty verdict relying solely on the testimony of John Conley.” Conley, an African-American janitor at the factory, represents a racial paradox that makes the case of Leo Frank even more of an anomaly. Conley was the first known African-American to testify against a white man in the southern United States. Frank’s defense lawyers pandered to racist sentiments in refuting Conley’s testimony to no avail, as popular demand called for the persecution of Leo Frank to pay for the sins of the elite northerners, sentiments crystallized in the 1915 film Birth of a Nation, and by the ripples of Southern resentment from defeat in the civil war. After a highly publicized and controversial case, Leo Frank was convicted of murder and sentenced to death by hanging on August 25, 1913.

Southerners rejoiced at the decision, exhilarated by the defeat of an icon of oppression. The conviction sparked outrage amongst northerners and prominent Jews across the country. New York Times Publisher Adolph Ochs used the case as a driving force in his crusade to fight anti-Semitism. An advocacy group for Frank became the Anti-Defamation League that continues combating anti-Semitism and for civil rights today. After failed appeals in the Georgia and U.S. Supreme Courts, Frank entered a plea to the Georgia State Prison Commission that his sentence be commuted to life in prison. Georgia Governor John Slaton granted the plea, much to the dismay of the public. Slaton had to call in the National Guard to protect his own home.

Georgia Congressman and future Senator advocated for Frank’s Lynching, writing in The Jeffersonian and Watson’s Magazine, “This country has nothing to fear from its rural communities. Lynch law is a good sign; it shows that a sense of justice lives among the people.” Watson’s calls were heeded by the Knights of Mary Phagan, a resurrection of the Ku Klux Klan in reaction to the banner of northern oppression epitomized by the Leo Frank case. The organization consisted of community leaders from victim Mary Phagan’s native rural town, Marietta, Georgia. They cut off the phone lines of Frank’s prison, overpowered the complacent prison guards, dragged Frank back to Marietta, Georgia and hung him to death, glorifying their victory with postcards and souvenirs of the event to dole out to spectators and fans of Leo Frank’s demise.

In 1986, the Georgia State Board of Pardons and Paroles pardoned Frank on grounds of the state’s failures to protect him, without making a judgment on his guilt or innocence. The decision, in part, was affected by the confession of Alonzo Mann on his death bed, an office worker at the pencil factory, who came forward with testimony that he had seen Jim Conley carrying the body of Mary Phagan by himself. The revelation received national news attention and reaffirmed belief that Frank had been innocent.

The case of Leo Frank was much more than just a seemingly wrong conviction of a factory manager. It was a public relations and ideological battle between northern and southern states, between rural and urban values, between competing disempowered groups. Beyond all this, it is a story that starkly reveals how impassioned hysteria, impervious to logic or reasoning, can lead to normal, law-abiding citizens committing atrocious acts of violence. 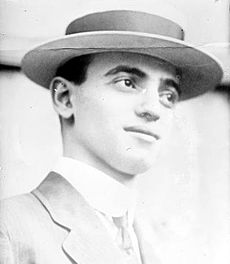