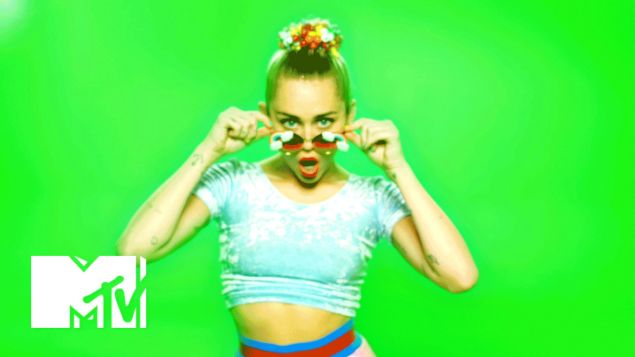 The MTV Video Music Awards (or VMAs for short, or “lol, really?” for very short) are this Sunday, hosted by the ever-unpredictable Miley Cyrus. Ms. Cyrus, for her part, promised an evening that is both “psychedelic” and “raw.” I can only hope she means something akin to Monday Night Raw, where I witnessed a grown man defecate in a urinal.

But really, what better metaphor is there for the MTV Video Music Awards than drunkenly shitting in a urinal? It’s loud, obnoxious, more than a little unclean and most of all, unnecessary. There are perfectly good stalls right there! On MTV’s end, it’s easy to point out that the network hasn’t shown a music video in years and yet it has the audacity to pretend they are the authority in rewarding them. But I almost have to, because it’s part of the reason I am so unaware when it comes to pop music. Back in the day, if I needed to know who was the new artist, who was on top of the mountain, who I should look out for, I’d flip over to MTV to see which videos were playing over and over and over. At the very least, I’d ask a friend who came in number one on TRL.

Now, with iPods and podcasts and other listen-based entertainments that include the word pod taking up any need for radio, the only way I can tell who is who in popular music is by which artist makes the news. I know Taylor Swift has a ton of female friends, but what does her music sound like? Twitter tells me Beyonce is both “bae” and “queen,” but does that translate to music video success? All that is to say I am 100 percent clueless when it comes to popular music and music videos in general. Which makes me 100 percent unqualified to talk about the MTV Video Music Awards.

With that said, let’s predict the winners for the 2015 MTV Video Music Awards:

Video Of The Year:

You have to think you’re feeling pretty good right now if you are Kendrick Lamar (which, if you are, hi Kendrick Lamar!) He can either win by his own merit, or hold on to the comet that is Taylor Swift and travel straight into the stratosphere. And by the stratosphere I mean at a podium holding an award shaped like an astronaut in front of thousands of screaming teenagers. Ed Sheeran is too closely involved with Kurt Sutter, who we all know doesn’t win awards. ‘Uptown Funk’ is that song that made everyone I know convinced they loved funk music, but they actually just loved songs that repeat lines a lot when they’re drunk. Winner: Taylor Swift and her BEST FRIEND Kendrick Lamar.

The Weeknd is one of those annoying artists where it’s like yeah, cool, it’s totally hip that you spell your name like that. But how do I pronounce it? It’s just “the weekend” right? Or is it more like “the weakened?” Or do I go crazy and say like “The Week Knee’d?” “Week Uhn’d?” “Weak Earned?” Winner: “Oops, Upside Your Head” by The Gap Band. Go ahead, listen to it. See what I mean?

Here’s my problem with this category: Taylor Swift is nominated for Best Female Video (and Best Pop Video) for “Blank Space.” But in Video of The Year it’s for “Bad Blood.” If Bad Blood is one of the best videos of the year, wouldn’t it also be Taylor Swift’s best female video? Aren’t there approximately 10,000 females in the Bad Blood video? Is it really because ‘Bad Blood’ has Kendrick Lamar in it? Sia’s ‘Elastic Heart’ has a half-naked interpretive-dancing Shia Labeouf in it! With that said, Winner: Taylor Swift, in this category and just in general, really.

‘See You Again’ has to win just on sentimentality, right? Because of Fast 7, and Paul Walker? I mean, I didn’t see it, but I did go see Avengers: Age of Ultron while Furious 7 was still in theaters. I watched as people came out of the theater openly weeping. I’m talking tears all over the place. To be fair, I was doing the same thing after The Avengers. WInner: Nicki Minaj, because this is 2015 and butts outweigh genuine emotional sentiments.

So did only like, seven music videos come out all year? I mean I keep typing these lists out and there’s been about three deviations. I don’t know. I haven’t talked about Beyoncé enough, although it was nice of her to write a song about the place I do all of my grocery shopping. Winner: Maroon 5, for somehow clinging to relevancy in 2015 by the skin of Adam Levine’s perfectly manicured fingers.

Hozier – “Take Me To Church”
Fall Out Boy – “Uma Thurman”
Florence + the Machine – “Ship To Wreck”
Walk the Moon – “Shut Up and Dance”
Arctic Monkeys – “Why’d You Only Call Me When You’re High?”

My only hope for this category is that Grammy-stealing AC/DC, who are still on tour right now, show up and kick Fall Out Boy’s Pete Wentz in the balls and tell him to stop complaining. I would pay so much money to see anyone in Walk the Moon tell Angus Young to shut up and just dance already. What I’m saying is modern rock music is a whiny joke. Florence + the Machine is baller, though. Winner: Arctic Monkeys, for using the subject line of an email my boss sent me as a song title.

Two months ago my aunt told me she was trying to buy a basketball jersey branded with the name of a rapper called “Forty Wraps” on it. I now think she meant Fetty Wap. My cousin is twelve, by the way. THEREFORE, Winner: Forty Wraps.

Haha, can you picture the selection process for this category? Just a bunch of old, out of touch white MTV executives like “which one of them songs had two of ’em singin’?” Some of these weren’t nominated in any other category. But two singers sang together, throw them up on the board! Winner: Literally any person who spends their Sunday not watching the MTV VMAs.

Video With a Social Message

Oh yeah, real nice that MTV included this category. Let’s just have an entire night celebrating all those 3 minute videos of twerkin’ fuckin’ explodin’ bazooka wieldin’ and all the other things that sum up that ‘Murica 2015 attitude so well. And, ugh, fine, we’ll tack on ten minutes for those musicians who are trying to say something worth saying with their art. Aw, how cute of them. Look at them trying. It’s a wonder we have any statues left for them after unloading a truck full on Taylor Swift’s lawn for that song where she forces the word “cut” to have 18 syllables and rhyme with the word “blood.” Winner: No one. This will be cut for time when Miley Cyrus gets stuck in the giant artificial anus she uses in her opening performance, and MTV has to use most of the broadcast trying to get her out. 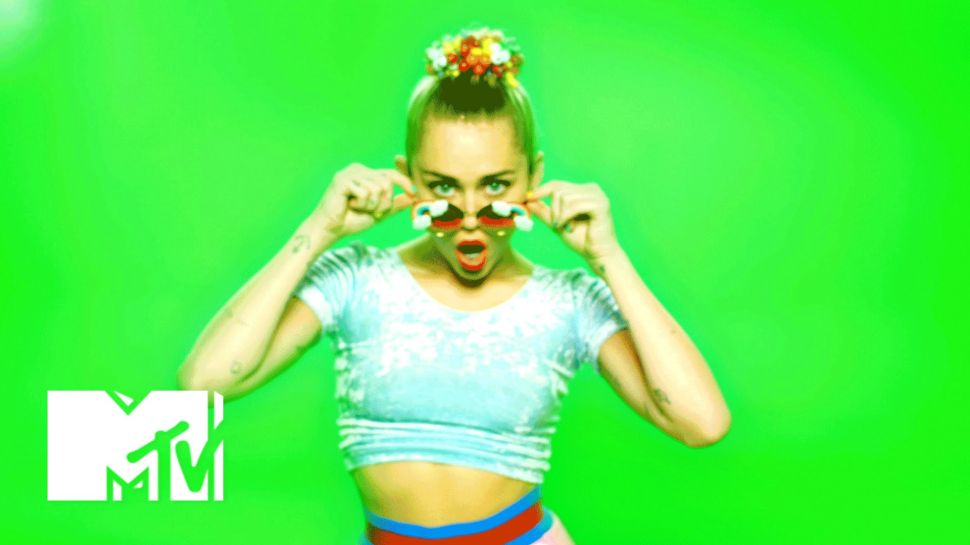