Robert Frost’s most famous poem, “The Road Not Taken,” turns 100 this month, and it has not aged well. That’s no fault of the poem, which exists on its own terms, but the countless ways in which its complex meaning has been mangled and codified through the years, both by poetry scholars who see it as a satire of the illusion of individual choice, and by commencement speakers who regard the poem as a sunny celebration of free will.

But the poem is sneakier than that, and can’t be pinned down easily. In his new book, The Road Not Taken: Finding America in the Poem Everyone Loves and Almost Everyone Gets Wrong (Penguin Press), the poetry critic David Orr, who writes for The New York Times, seeks to rescue Frost’s great poem from its taxidermied state. “The poem isn’t a salute to can-do individualism,” Mr. Orr writes, “it’s a commentary on the self-deception we practice when constructing the story of our own lives.”

The poem, which appeared in The Atlantic Monthly in August 1915, is confounding in almost every way imaginable. For instance, the first line (“Two roads diverged in a yellow wood”), presents a couple of intriguing questions. Do the “two roads” described represent a fork or a crossroads? Does the “yellow wood” denote autumn, or, as photographers like to call it, the golden hour right before sunset? (Perhaps both.) And what are we to make of the tense projection at the end (“I shall be telling this with a sigh…”), which is “easily the weirdest thing about the poem,” Mr. Orr said. 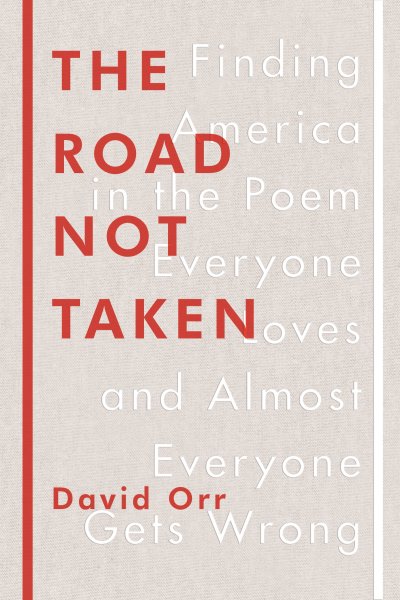 Contrary to popular opinion, Mr. Orr argues, the poem’s last lines (“I took the one less traveled by, / And that has made all the difference”) should not be taken at face value: Indeed, perhaps the road taken didn’t make a difference at all. To high school English teachers and self-help authors, this is no doubt a radical interpretation. Nor are those lines, Mr. Orr said, the dark, sarcastic parody of the inefficacy of choice that some in academic circles (and Piper Chapman in Orange Is the New Black) have taken it to be.

Of course, Frost could have written that kind of poem if he’d so pleased. “Writing a fucking parody was well within his ability,” Mr. Orr told the Observer last week over coffee in the West Village. But Frost seems to have had a more complicated and contradictory aim in mind when he wrote “The Road Not Taken.” And in his book, Mr. Orr takes the middle road.

“It’s not really a message poem,” said Mr. Orr, who is 41. “It’s a performance poem. So what Frost is doing pretty deliberately is trying to put several ideas in play and just let them collide and coincide and overlap, and if you look at it that way, I think the poem is hugely successful.”

Frost wrote “The Road Not Taken” in the United States after a career-saving sojourn in England, during which he befriended the poet and literary critic Edward Thomas. The two men took long walks together through the countryside, and Thomas would often regret aloud that he had not led them down a more attractive route, which served as partial inspiration for the poem.

In the spring of 1915, Frost sent a draft of the poem—then titled “Two Roads”—to Thomas, who found the work “staggering.” But not even Thomas understood it the way Frost had intended, as correspondence between the two writers reveals.

“I wonder if it was because you were trying too much out of regard for me that you failed to see that the sigh was a mock sigh, hypo-critical for the fun of the thing,” Frost wrote in a snarky note to Thomas on June 26, 1915, referring to the first line of the last stanza.

The fact that there are so many readings of “The Road Not Taken” speaks not only to Frost’s strength as a poet but his desire to be misinterpreted. Frost, who died in 1963, is associated with the rustic farm life of New England, but he spent the first decade of his life in San Francisco, traveled extensively, and was more urbane than he let on (though he never graduated from college).

“Frost worked incredibly hard to make it seem that he wasn’t trying hard at all,” Mr. Orr said. In England, he mingled with the likes of Ezra Pound, who was an early champion of Frost’s work, though Frost never fit completely into any one literary scene. He wanted to appeal to a wide variety of readers, which may explain why “The Road Not Taken” is so ripe for interpretation.

Like most Americans, Mr. Orr doesn’t remember the first time he read the poem, though he assumes it was in high school. And yet that’s kind of beside the point. The poem is so firmly lodged in the public imagination that those who haven’t read it would probably assume that they had at some point in their lives. The same applies to a number of Frost poems, including “Stopping by Woods on a Snowy Evening” and perhaps “Birches.” Few, if any, American poets could claim such an influence on the American psyche.

“You absorb it kind of like you would lines from the Declaration of Independence,” Mr. Orr said. “That’s the way it feels to me—kind of like this strange American thing that you just know.”

Mr. Orr, who lives in Ithaca with his wife and daughter, is a poet and a professor of literary criticism at Cornell University. (He is also a lawyer, but doesn’t practice full-time anymore.) He decided to write about one poem so he could do a kind of extended close reading. He divided his latest book into four parts. The first two look at the poem and the poet while the second two are a bit more abstract, containing, for example, meditations on free will and examinations of the nature of the self, forms of which are slyly embedded in Frost’s poem.

Perhaps the greatest testament to the poem’s enduring strength is the fact that, for Mr. Orr, “The Road Not Taken” had not lost its mystery by the time he finished writing his book. “The more you look at it,” Mr. Orr observed, “the stranger it seems.” 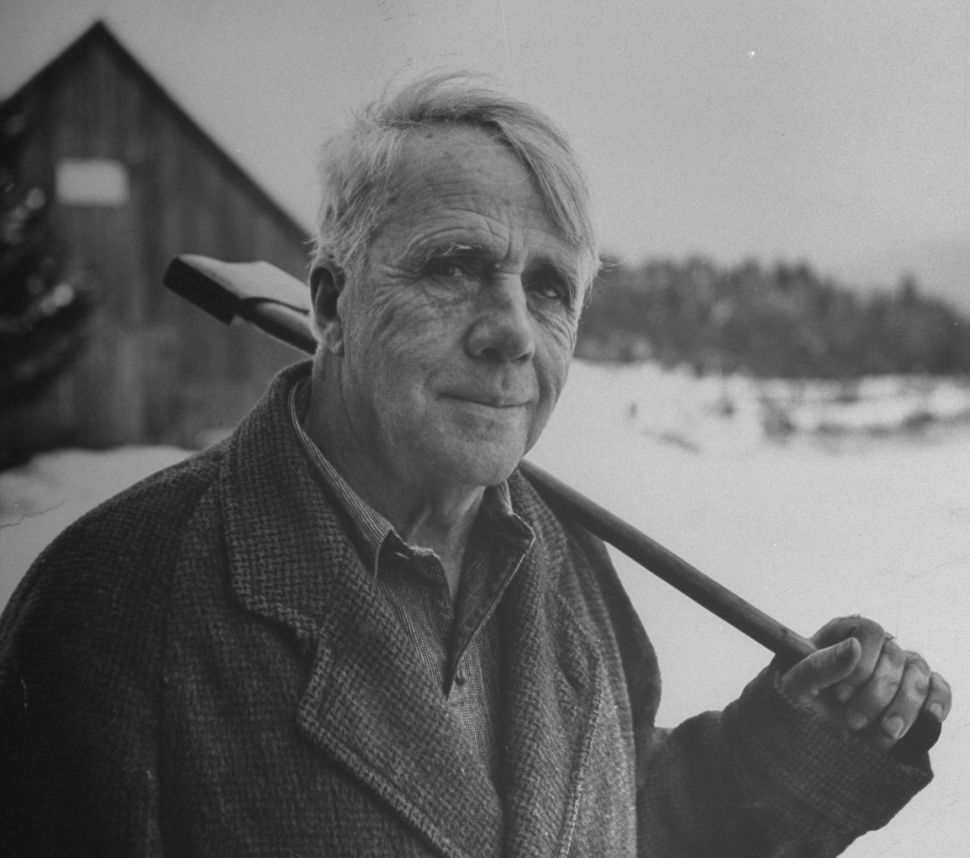