In countries throughout Africa, girls are being streamlined past adolescence to adulthood through sex initiation camps widely condoned in their communities. These are violations of human rights that perpetuate gender stereotype roles in third world countries, denying the human dignity and development of young girls. Girls as young as 8 are prepped for child marriage by elder women who teach them domestic duties in addition to techniques to sexually gratify a man to prepare them for married life.

“These ‘Sexual initiation rites’ are practiced by traditional ladies based in the community, called ‘matronas,’ as one component of a life-cycle event symbolically representing a passage to adulthood,” UNICEF Mozambique Representative Dr. Koenraad Vanormelingen said in an interview. “These events usually happen once or twice a year in rural or urban areas, where girls stay for a period ranging from one week to one month, before returning to their house and families.” Once girls complete the camps, they are subject to willing suitors who take them in marriage without any regards to the girls’ consent.

“The practice of ‘initiation’ is not illegal in Mozambique, despite there being certain elements generally deemed as inappropriate for the age groups most participating children fall under,” said Persilia Muianga, Child Protection Technical Senior Manager for World Vision Mozambique. “‘Initiation’ is commonly accepted as part of the local culture and custom. Most boys and girls are culturally expected, amidst strong encouragement and involvement from their parents and a great deal of pressure from their communities, to attend initiation ceremonies. They are kept in initiation campus for a certain number of days depending on the region.” She adds, “The problem is not the ‘initiation’ itself as a concept and as a whole but some of the practices (referred to earlier) within ‘initiation’. That—those harmful practices—is what children have to be spared or rescued from, but that will be a lengthy process since it requires a change in mindsets.”

There is this special day, which they call “very special day” where a man who is hired by the community comes to the camp and sleeps with the little girls.”

The sexual initiation rites enforce female subordination in these societies, facilitating male ability of power and control over women. Families with daughters that choose not to participate are often fined and ostracized. Parents push their daughters into sex to market their dowries, sacrificing their individuality and well being for the sake of the income they receive from their son in laws family.

“My sister was only 11 years old when she got pregnant,” says Memory Banda from Malawi, in a Ted Talk entitled, A Warrior’s Cry AgainstChild Marriage. “As it is in my culture, once you hit puberty stages, you are supposed to go to initiation camps. In these camps you are taught how to sexually please a man. There is this special day, which they call “very special day” where a man who is hired by the community comes to the camp and sleeps with the little girls.” Banda adds, “most girls end up pregnant, and risk contracting HIV/AIDS and other sexually transmitted diseases. My little sister ended up pregnant. Today she is only sixteen years old and she has three children and two failed marriages.”

Banda compares her life with her sisters and the success she has seen because she boldly refused to go to the initiation camps. “When I was 13 years old, I was told, you are grown up, you have now reached of age to go to initiation camp.” Banda refused and was called stupid, stubborn and disrespectful to the community by her peers, berating her to go to the camps and get married like her younger sister. She organized other girls in her community to rally against child marriage and began to transform the social norms and traditions that have subjugated women in her community for so long, and took her grassroots approach to other places throughout Malawi, eventually helping push a law in Malawi to increase the age for marriage to 18.

Childhood marriage is an enormous social issue in Africa and other parts of the world. 40 percent of girls across Africa are married before their 18th birthday even though marriage before the age of 18 is illegal in most African countries, but in countries like Mozambique, the laws are not viewed as crimes, but civil laws, and are not prosecuted by police authorities on the rare instances it is reported. Africa is home to 15 of the 20 countries with the highest rates of child marriage in the world. Young girls being forced into marriage as children effectively halts their education, produces adverse health effects, and in many cases leads to domestic violence and sexual abuse from their husbands.

Efforts to reduce poverty are further challenged by frequent teenage pregnancies and stifled education as young girls are being robbed of any tools they could potentially possess to improve their lives. Child marriage is more frequent in rural, impoverished areas where education and health resources are scarce, and the practice is increasing throughout the world, with estimates from the United Nations Population Fund of 140 million girls becoming child brides between 2011 and 2020. The United Nations is one of very few agencies that are lending support to promote legislation and fund programs designed to end child marriage and sex initiation camps in countries where their occurrence is most prevalent, so that the cycle of poverty child marriage promotes is eradicated and girls growing up in these countries can healthily transition to adulthood.

“We believe that the harmful practices currently included in the initiation rites should be addressed, through a participatory approach engaging the local communities. This will ensure a longer term and more sustainable change at the local level, based on the understanding of common values and principles shared and owned by the community,” adds UNICEF Mozambique Representative Dr. Koenraad Vanormelingen. “As human beings created these habits, they can also change them overtime. As we speak, the Government of Mozambique is finalizing and approving the long term National Strategy to prevent and eliminate Child Marriage, which will need support by the international community, to be duly and timely implemented. The international and donor communities are encouraged to support this long term program to be led by the Government with the support of UNICEF and other national and international organizations.” 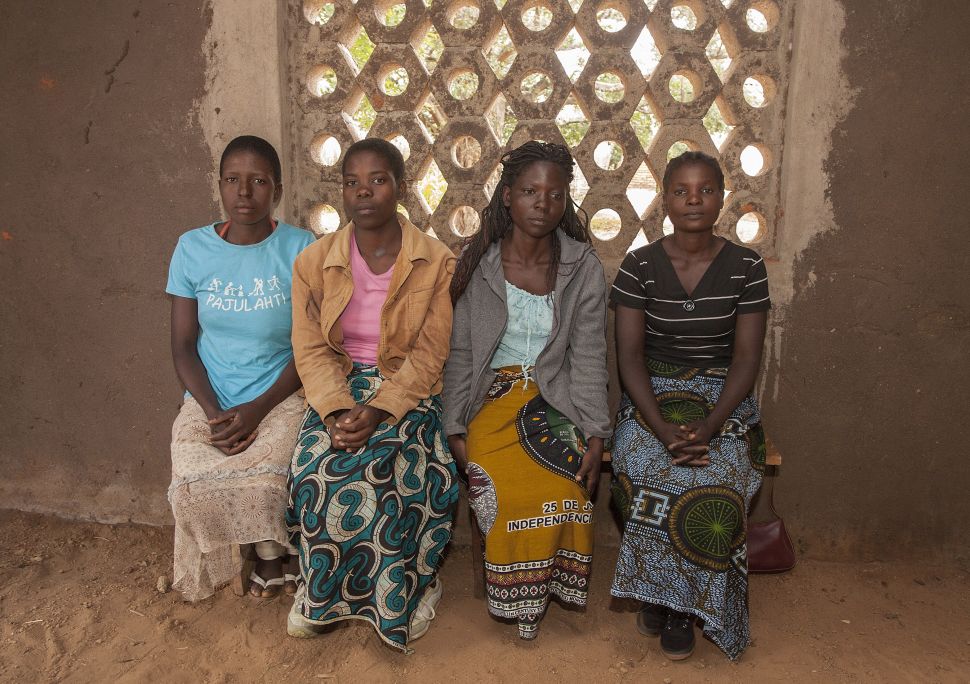