This morning, #FDNY responded to a sinkhole in #Brooklyn. Units remain on-scene with @NYCBuildings & others. pic.twitter.com/CFTBgxm3pv

A massive sinkhole opened up in Sunset Park, Brooklyn, this morning. The intersection has been closed, and motorists are advised to avoid the area, while National Grid is working on gas lines affected. There have been no reports of injuries caused by the sinkhole, and as of now it is not clear what caused the collapse. (MyFoxNY)

Melinda Katz, the Queens borough president has allocated $14 million to the Queens Library for the 2016 fiscal year. The allocation will be distributed to 12 of the 62 branches, and will go towards covering the costs of renovation projects, such as installing new elevators and security cameras. This comes a year after Ms. Katz withheld funds following the financial misconduct of the previous borough president. The $14 million is part of the $77,150,000 designated for Queens from the city budget. An assessment of the library system’s needs was carried out over the winter, and resulted in a $36 million allocation, with the remainder of the money coming from the City Council and donations. (New York Times)

A swarm of bees has eclipsed a bike left at 56th Street and 7th this morning. Former NYPD bee manager Tony “Bees” Planakis said that are most likely from a nearby hive, adding that a swarm of around 15,000 could take place in minutes, adding that the bees are probably in search of a new food supply. The NYPD have dispatched five officers to the scene. (Gothamist)

A man from Queens is claiming it is his religious right to use fake license plates that display the UN logo and list his title as “Lord Noble.” Ben Bey, a member of an anti-government religion, the “Moorish Nation”, has received 166 license suspensions for the phony licenses, and claims that his behavior is legal under the Constitution. Mr. Bey also argues that as a member of the “Moorish Nation” he is exempt from taxes. (New York Post) 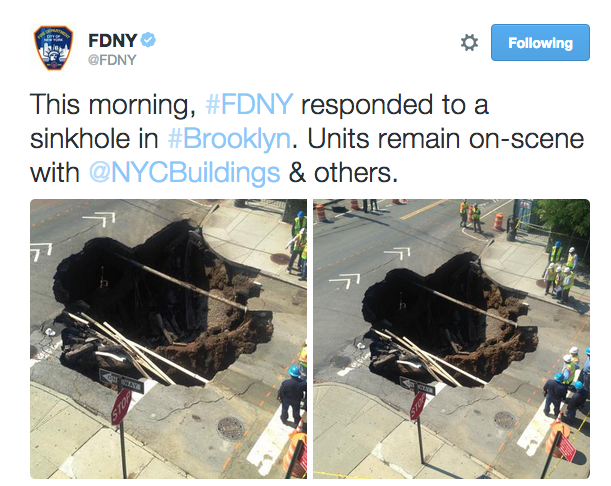