In an attempt to tackle the panhandlers and topless women covered by the media in recent weeks, NYPD officers taken out of Times Square earlier this year will soon be reassigned to the busy intersection. Chief of Department James O’ Neill plans to both restore the number of impact officers to 100, and deploy them under the department’s new policing model. He describes costume characters, CD sellers, painted women, and select vendors as issues concerning Times Square. Mr. O’ Neill hopes the cops, expected on the streets in October, will help regulate the tourist destination. (New York Post)

An anonymous tipster’s photo of Chinatown favorite Prosperity Dumpling’s back alley has called into question its grade A sanitation. In the overhead image, a rat, bowls of meat exposed to open air, and employees preparing food without gloves are all revealed. Though staff and customers alike seem unaffected by the photo—a pair of British tourists were particularly unphased—the New York City Health Department has been notified. (Gothamist)

Minors may soon require adult supervision to buy large sodas if Assemblyman Matthew Titone has his way. The Staten Island legislator hopes to outlaw minors from purchasing any soft drink over 16 ounces in order to combat excess sugar consumption. Mr. Titone, who has also introduced a bill mandating warning labels on soft drinks, warns sugar in large quantities is both addictive and dangerous. (CBS)

Frustrated tenants of a Hell’s Kitchen residence have been ignored by their landlord and property management company for more than 6 months. The residents, who have lived without a roof and gas, believe that Highpoint Associates is trying to force them out of their rent-stabilized homes. Highpoint–deemed the city’s worst hotel operator–and Keystone Management have yet to comment. (DNAinfo)

“Manspreading,” the now popular word applied to a man taking up way too much leg room on a subway seat, enjoys its first appearance in the Oxford Dictionary today. It now sits alongside other recent additions, including “butt dial,” “hangry,” and “bruh.” (DNAinfo) 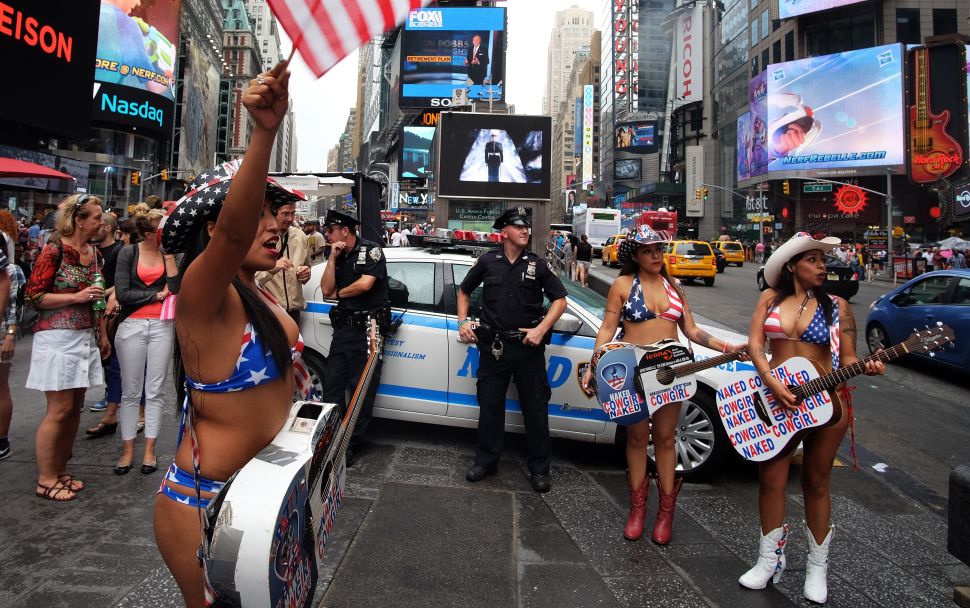