Governor Andrew Cuomo is expected to announce new legislation combating the exploitation of workers in the nail salon industry. The new rule would require salon owners to secure wage bonds by October 6th or face major penalties like fines or the forcible closing of their businesses. The bonds would allow owners to settle legal disputes when charged in wage-theft cases. (New York Times)

The Dakota building has been the site of some artful scheming. Developer Robert Siegel has accused the building’s board members for conning him into waiting too long to rightfully sue the building for fraud, wining and dining him past the (legal) point of no return. Mr. Siegel has been trying for 16 years to move into his $2.2 million duplex in the building and now faces a statute-of-limitations defense. (New York Post)

Thomas Gilbert Jr., the Princeton graduate accused of killing his father over an allowance dispute, has been making puzzling demands of employees at Rikers Island jail, asking to call his private doctor for steroid prescriptions and wondering where yoga classes are being held. First booked in January, Mr. Gilbert, now 30, was chided by jail staffers, who told the Daily News that “he really thought he was at this upscale rehab.” (Daily News)

At least 2 protesters were arrested at a rally in Brooklyn marking one year since the death of Michael Brown, the 18-year-old unarmed black man who was shot and killed by a police officer in Ferguson, Missouri. Demonstrators gathered at the Barclays Center, Brooklyn on Sunday afternoon, eventually making their way to Harlem and then the Bronx. (Gothamist)

A Quinnipiac University poll released this morning proliferated voters’ growing disapproval of Mayor de Blasio, this time highlighting their opposition to the city’s attempts to limit the growth of Uber. Results were overwhelmingly in favor of keeping Uber intact, with 65 percent of voters of the belief that officials are limiting Uber because of fiscal ties to the yellow cab industry. (Observer) 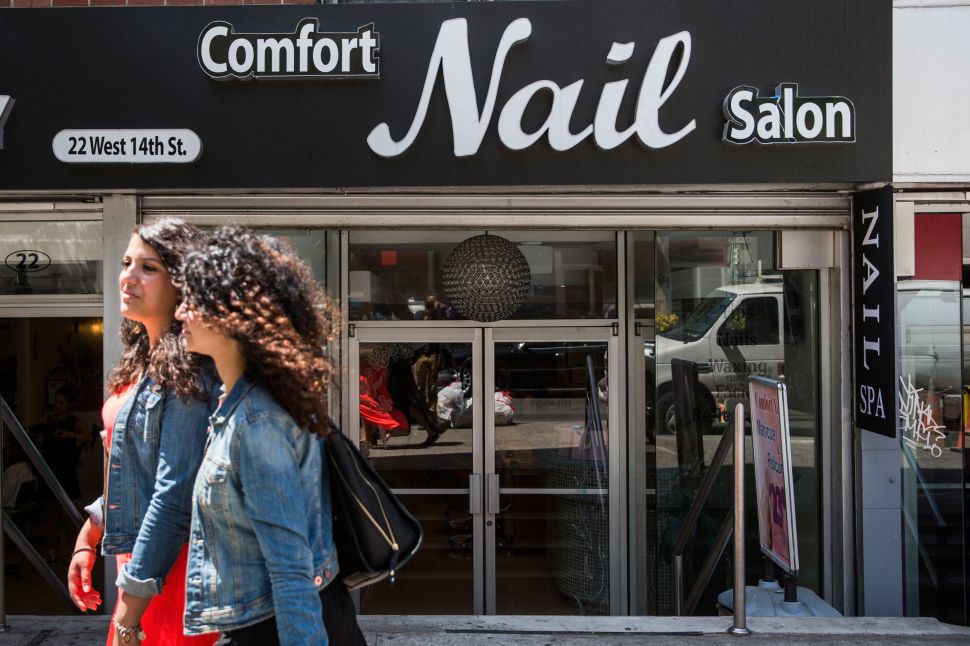