Tackled By Johnny Law. Wide receiver Irving Fryar, shown here playing for the Philadelphia Eagles at Veterans Stadium in 1997, has been convicted of mortgage fraud, along with his mother. The Eagles beat the Cowboys in this game, 13-12. (Andy Lyons /Allsport)

Acting Attorney General John J. Hoffman today announced that former Pro Bowl NFL wide receiver Irving Fryar and his mother were convicted at trial today on charges that they conspired to steal more than $1.2 million by having the mother fraudulently obtain six home equity loans on her home – five within a six-day period – and also falsely obtain a loan on the home where Fryar lives.

Fryar, 52, of Springfield, and his mother, Allene McGhee, 74, of Willingboro, N.J., were found guilty by a Burlington County jury following a three-week trial before Superior Court Judge Jeanne T. Covert. Fryar and McGhee were found guilty of second-degree charges of conspiracy and theft by deception, which were contained in an Oct. 16, 2013 indictment. Fryar, who played for four NFL teams between 1984 and 2000, including the Philadelphia Eagles, is the pastor of a church in Burlington County that he founded. According to Wikipedia, Fryar’s total of 255 NFL games “are the most ever for a New Jersey-born player.”

Deputy Attorneys General Mark Kurzawa and John Nicodemo tried the case for the Division of Criminal Justice Financial & Computer Crimes Bureau. The Division of Criminal Justice was assisted in the investigation by the FBI. Second-degree crimes carry a sentence of five to 10 years in state prison and a fine of up to $150,000. Judge Covert scheduled sentencing for Fryar and McGhee for October 2.

“This verdict ensures that Mr. Fryar and his mother will face substantial prison time,” said Acting Attorney General Hoffman. “Fryar had an illustrious career in professional football and became the pastor of a church, but those things don’t mitigate the fact that he and his mother engaged in an elaborate criminal scheme to defraud seven banks of more than one million dollars.”

“The defense attorneys tried to convince the jury that their clients were tricked by a devious mortgage broker who drove the entire scheme,” said Director Elie Honig of the Division of Criminal Justice. “I’m pleased that the jurors recognized the absurdity of the notion that Fryar and McGhee could believe that it was legal to take out six loans at one time on a single home and not tell the lenders.”

Fryar conspired with his mother to obtain five home equity loans totaling more than $690,000 between Dec. 16 and Dec. 21, 2009 using a single property – the mother’s Willingboro home – as collateral for all of the loans. Four of the loans closed on a single day, Dec. 21, 2009.  They conspired to obtain a sixth home equity loan on the home for $150,000 on Jan. 14, 2010. Fryar and McGhee deceived the six banks by applying for and closing on the loans within a short period and purposefully failing to disclose the existence of any prior loans, so each bank funded its loan in the belief that it held the first lien on the property and the loan would be secured by adequate equity.

Fryar and McGhee also provided false wage information on McGhee’s loan applications, fraudulently claiming that she earned thousands of dollars a month as an event coordinator for Fryar’s church. In addition to the $840,000 in home equity loans, Fryar and McGhee conspired to submit false wage information on an application by which McGhee obtained a $414,000 conventional mortgage on Oct. 20, 2009 on the home where Fryar lives in Springfield, which also is owned in McGhee’s name. Fryar himself received or spent over $200,000 of the fraudulently obtained proceeds of the loans. The banks involved wrote off most of the loans as losses after Fryar and McGhee made only a few payments. Only Sun Bank was paid back in full.

Between 1984 and 2000, Fryar played for the New England Patriots, Miami Dolphins, Philadelphia Eagles and Washington Redskins. He is founder and pastor of the New Jerusalem House of God in Mount Holly. 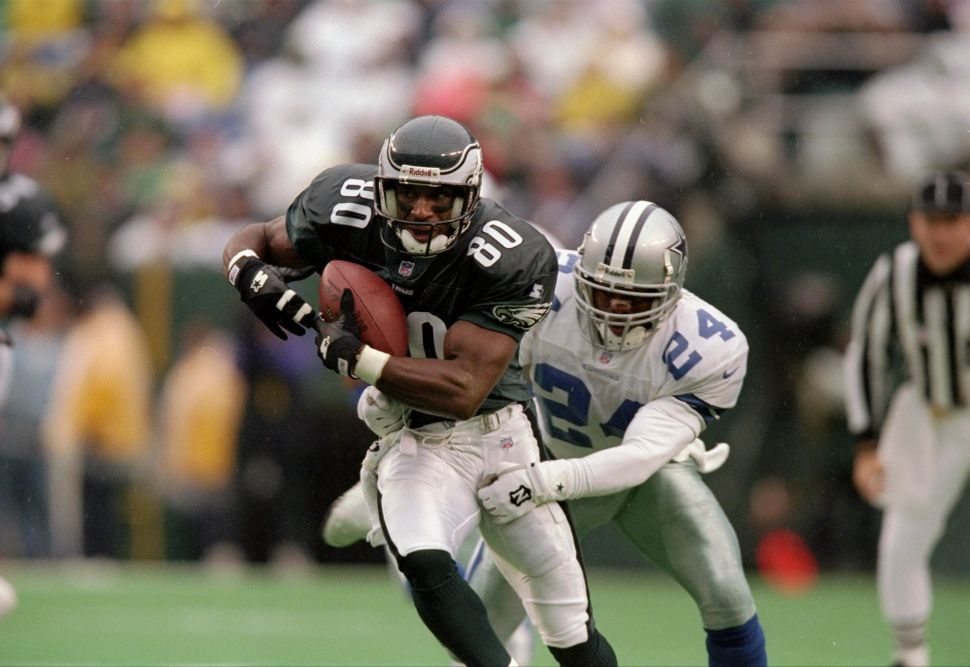