Starting on September 9, in Montreal, Madonna is setting out the make the world her runway. That’s the day her Rebel Heart World Tour kicks off and the pop star has racked up an impressive list of designers to whip up her stage wardrobe.

The likes of Alexander Wang, Prada, Jeremy Scott for Moschino, Miu Miu, Alessandro Michele for Gucci, Fausto Puglisi, Swarovski and Nicolas Jebran will be collaborating with the star. Costume designer and stylist extraordinaire, Arianne Phillips, is facilitating the creation of these outfits, for what will be her sixth tour with Madonna. Ms. Phillips will also be contributing a few stage-ready creations of her own.

The stylist had previously spent Paris Fashion Week styling the runway show for Emanuel Ungaro, where Mr. Puglisi is the creative director. Yesterday, via telephone, the Italian-based designer told the Observer that he was unsure whether Ms. Phillips would be pulling together his runway show this season, as she was fully committed to dressing Madonna.

In the past, Madonna has worn garb by Riccardo Tisci’s Givenchy, Tom Ford, Dolce & Gabbana and Jean-Paul Gaultier for her various world tour. The starlet also prefers custom Prada shoes for her live performances, and for the 2012 MDNA tour, J Brand crafted a few pairs of custom denim.

Noticeably absent from the designer contributing to Rebel Heart is Giorgio Armani, who created the cape that Madonna tripped over this past February, and Versace, whose ads featured the singer in 2015. 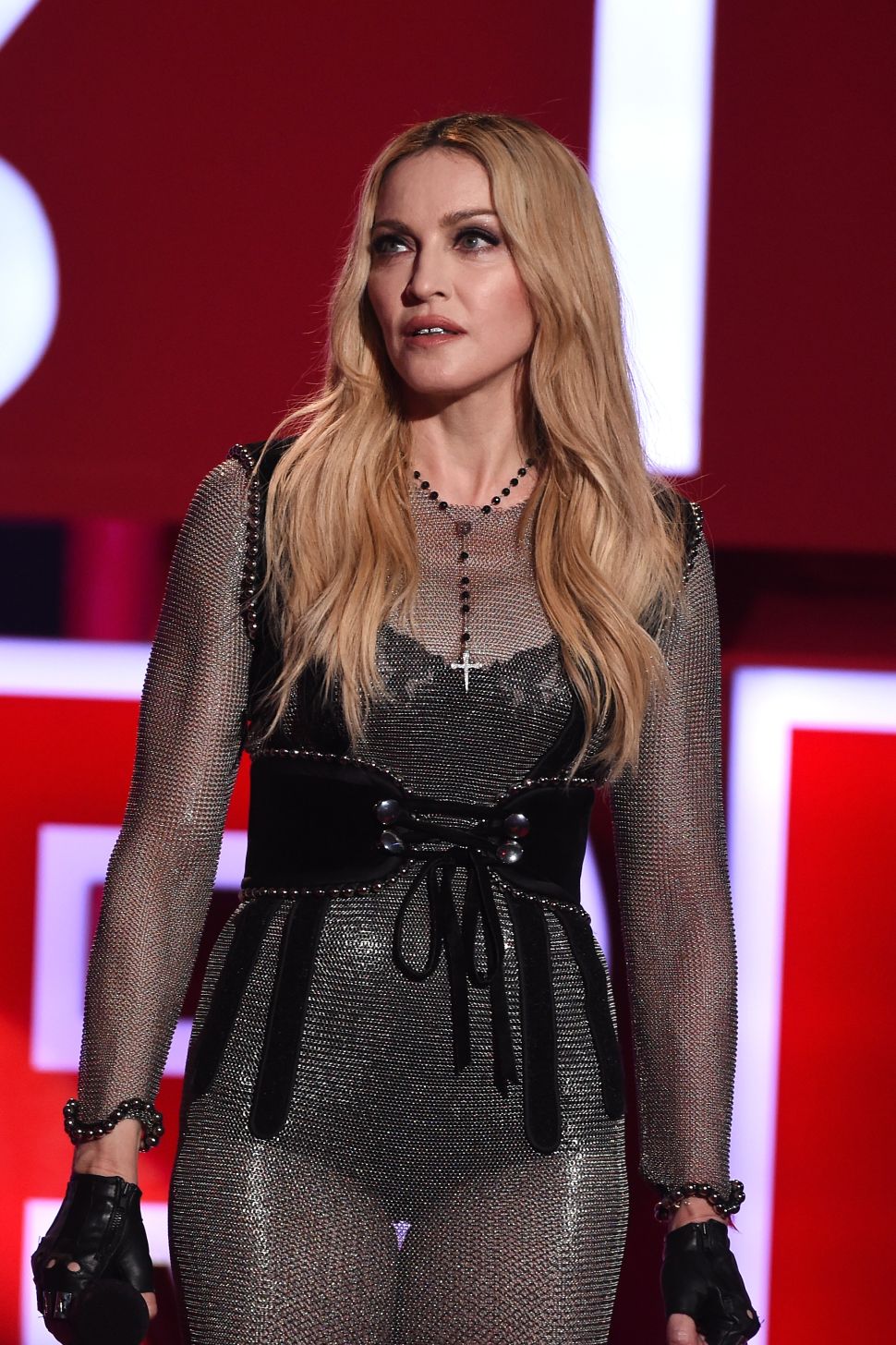